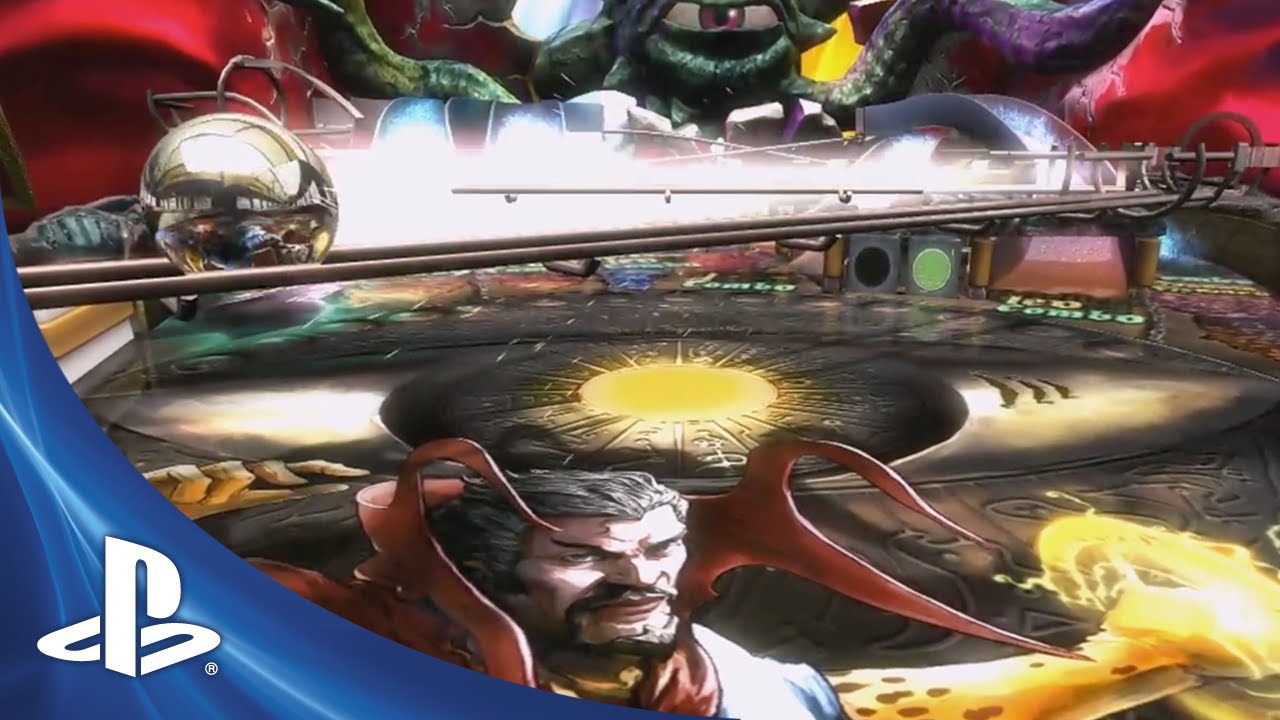 The greatest powers of the occult, both from our own world and the darkest dimensions in existence, are combining their forces to take over Earth. And only one man can stop them – Doctor Strange, the Sorcerer Supreme! With the help of the beautiful Clea and his faithful servant Wong, the Master of the Mystic Arts faces his greatest challenge ever in Doctor Strange pinball, the newest addition to the Marvel Pinball library.

Strange’s rival sorcerer Baron Mordo has called upon the demonic forces of the Dread Dormammu and the Fear Lord, Nightmare, all part of his plot to assume the mantle of Sorcerer Supreme for himself. Meanwhile, Shuma-Gorath, the Lord of Chaos, resides in the background with nefarious plans of his own…

Numerous voiceover lines and situations were adapted straight from 50 years of Doctor Strange comic books for this table, including the classic first two issues of DOCTOR STRANGE, SORCERER SUPREME (1988), wherein Dormammu threatened our dimension by overtaking Strange in his own body. Only with carefully cast spells (i.e., deadeye shots from you, the player) does Strange hope to stand a chance against inconceivable odds.