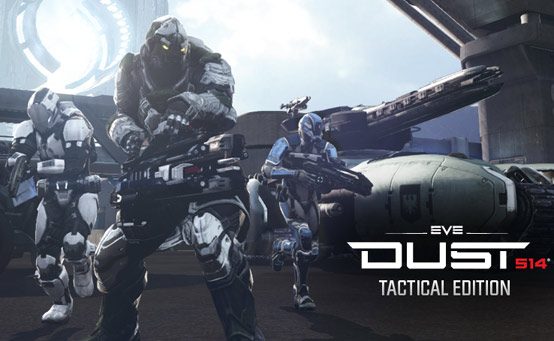 This October, PlayStation Store DUST 514 offerings and intense organized play events are hitting harder than a perfectly placed Orbital Bombardment. Below is a timeline of what is coming, when it is coming and how it can shape your war. It all kicks off October 8, the day of the DUST 514 Uprising 1.5 update deployment.

Factional Warfare Challenge – 10.8.13 through 10.15.13
The empires of New Eden are battling each other in Factional Warfare and pushing harder than ever for galactic dominance. For a full week in October the four factions of the EVE Universe are calling all mercenaries to prove their loyalty by fighting in their name. Your allegiance will not go unacknowledged and you will be rewarded handsomely for your efforts. Whether you are in a DUST 514 corporation or a lone gun for hire, the Factional Warfare Challenge will put you in the front lines of the larger conflicts of New Eden and in line for the bounties of war.

During the event players will be asked to meeting the following criteria:

DUST 514 Reactivation Event 10.9-10.23
Have you been inactive in DUST 514 since August 8? DUST 514 is offering a strong incentive to bring that immortal clone mercenary out of stasis and back into the action. Log into DUST 514 and compete in 5 matches or more October 9-23 to receive 100 Black Eagle Packaged Fits and 100 Quafe dropsuits for revisiting the game.

Note: Only DUST 514 accounts that have been inactive since August 8 are eligible.

Three levels of W.A.R. Kits are available to deploy, each containing Packaged Fits inspired by key members of the DUST 514 Dev Team.

W.A.R. Kit ‘Hoplon’ $19.99
Over 400 fully-equipped, battle-ready dropsuits and vehicles are contained in the W.A.R. Kit ‘Hoplon’. Each suit ensures you’re prepared for anything the battle throws your way. Included in this kit is the PlayStation Network exclusive ‘Flying Scotsman’ Assault ck.0 dropsuit; a shield-fortified, prototype-grade beast of the battlefield.

W.A.R. Kit ‘Sparta’ $99.99
The ultimate W.A.R. Kit!
Offered are 2,700 fully-equipped, battle-ready dropsuits and vehicles for ultimate assault and counterstrike! Weaponized and Ready (W.A.R.) Kit ‘Sparta’ will dominate all who oppose you and includes the PlayStation Network exclusive ‘Hellmar’ Sentinel ak.0, the ultimate crowd control fit, built to serve the glory of the Empire.