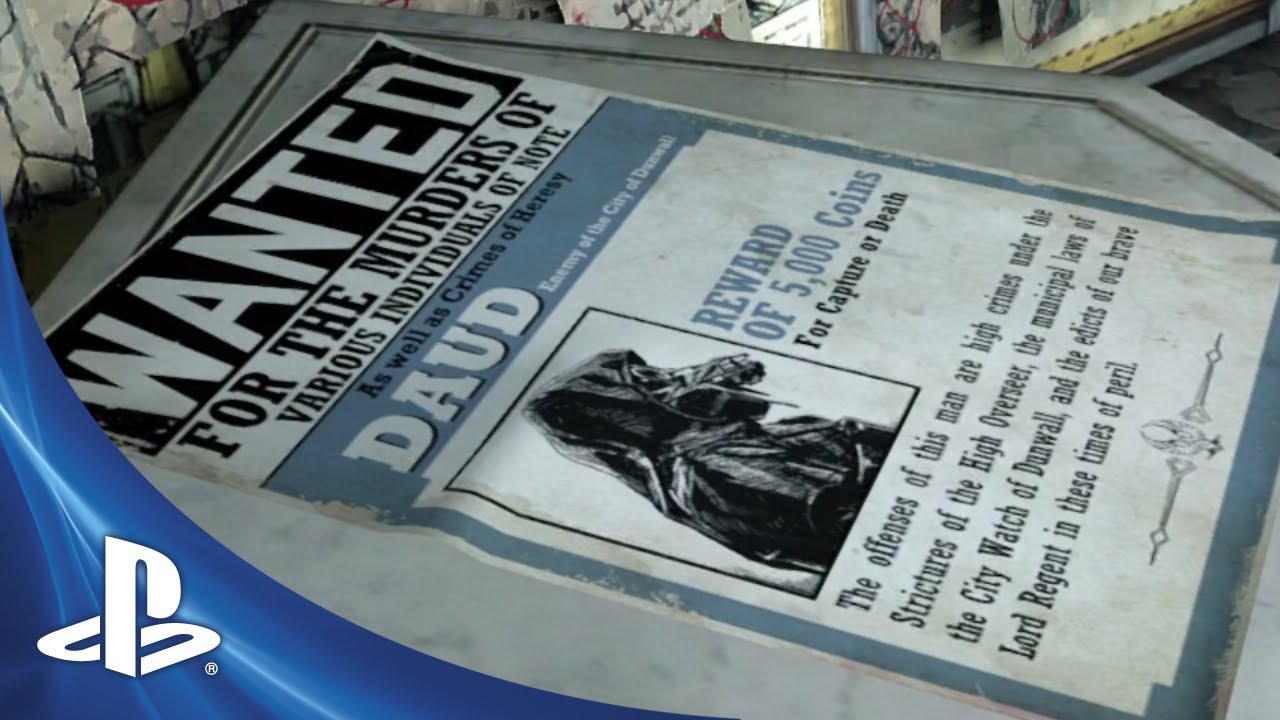 It’s hard to believe this week marks the one year anniversary of Dishonored’s release. it’s been rewarding to see so many people people “get” the game Arkane set out to develop. It’s wonderful and very humbling to see the game win numerous Game of the Year accolades (and be able to release a “Game of the Year Edition”), but there’s even more satisfaction in hearing fans embracing the fiction and emergent gameplay.

When Arkane was making the final push on finishing the game, their building excitement to see the game in the wild was palpable – like children on Christmas Eve. Visions of YouTube speedruns danced in their heads. They weren’t disappointed. Launch day and the months that followed provided endless entertainment – seeing the variety of ways players took on the role of Corvo – non-lethal playthroughs, absolutely brutal and literally unthinkable killer moves, and everything in between. Amazing cosplay, fan-fiction, and fan art embracing provided icing on the cake. You guys really like The Outsider.

What’s that? You haven’t played Dishonored yet? You missed all the DLC? Well, this week you can fix that and pick up the newly available Game of the Year Edition – available in stores and digitally on PlayStation Store. In addition to the award-winning original release, you’ll also receive:

In The Knife of Dunwall, take on the role of Daud, the legendary assassin who killed the Empress. After assassinating the Empress, and forever changing the fate of Dunwall, you embark on a search for redemption. Gain access to Daud’s new weapons, gadgets and supernatural abilities as you traverse through parts of Dunwall yet unseen, including the city’s whaling center, Rothwild Slaughterhouse, and the heavily guarded Legal District.

Continue your journey as the legendary assassin, Daud, in The Brigmore Witches. This conclusion to Daud’s story will put you at odds with warring gang factions and the dangerous Brigmore witch coven. Journey through undiscovered locales within Dunwall, including Drapers Ward and the Brigmore Manor, where you will be met with supernatural forces that test the limits of your new weapons and abilities.

In Dunwall City Trials, experience Dishonored’s flexible combat system, stealth gameplay, and distinct settings in a whole new way as you make your way through 10 distinct maps that feature a variety of challenges. Put your stealth, combat and mobility skills to the test as you clear demanding objectives, unlock new achievements and secrets, and climb up the global online leaderboards.

Whether it’s your first time playing the game, or you’re catching up on content you missed, we hope you enjoy all the contents included in the GOTY edition. Until next time!