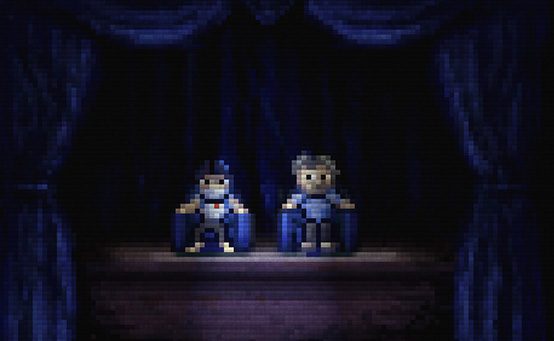 Hey everyone, Rob here, representing the fine men and women of Curve studios in London. I’m very happy to announce that Lone Survivor will be out this coming Tuesday, the 24th of September.

Lone Survivor was originally released for the PC last year by indie developer Jasper Byrne. After eight months of work with Jasper on the PS3 and PS Vita versions, we’re very happy to say that we’ve created the definitive version of this game.

Jasper describes the game as a “Psychological Survival Adventure.” It has all the hallmarks of classic survival horror games — high on atmosphere and low on available sources of ammunition. Players can choose to use stealth or firepower to deal with the monsters in Lone Survivor. Depending on player choices, the game can play out very differently, with many optional scenes and different endings.

For the PlayStation version, we started with simple upgrades, like adding touch support on Vita and improving the lighting system… and things spiralled from there! We’ve added over twenty new items, new endings, and new game locations. All of them have been designed by Jasper, and all of them are made to expand on the original game seamlessly.

If you’ve never played Lone Survivor, you can be sure you’re getting the absolute best version of the game. And if you did play the original, you’ll find the Director’s Cut edition to be a very different experience.

Lone Survivor will be a Cross Buy and Cross Save title, and PlayStation Plus subscribers can look forward to a launch discount when the game makes its PlayStation debut this Tuesday.