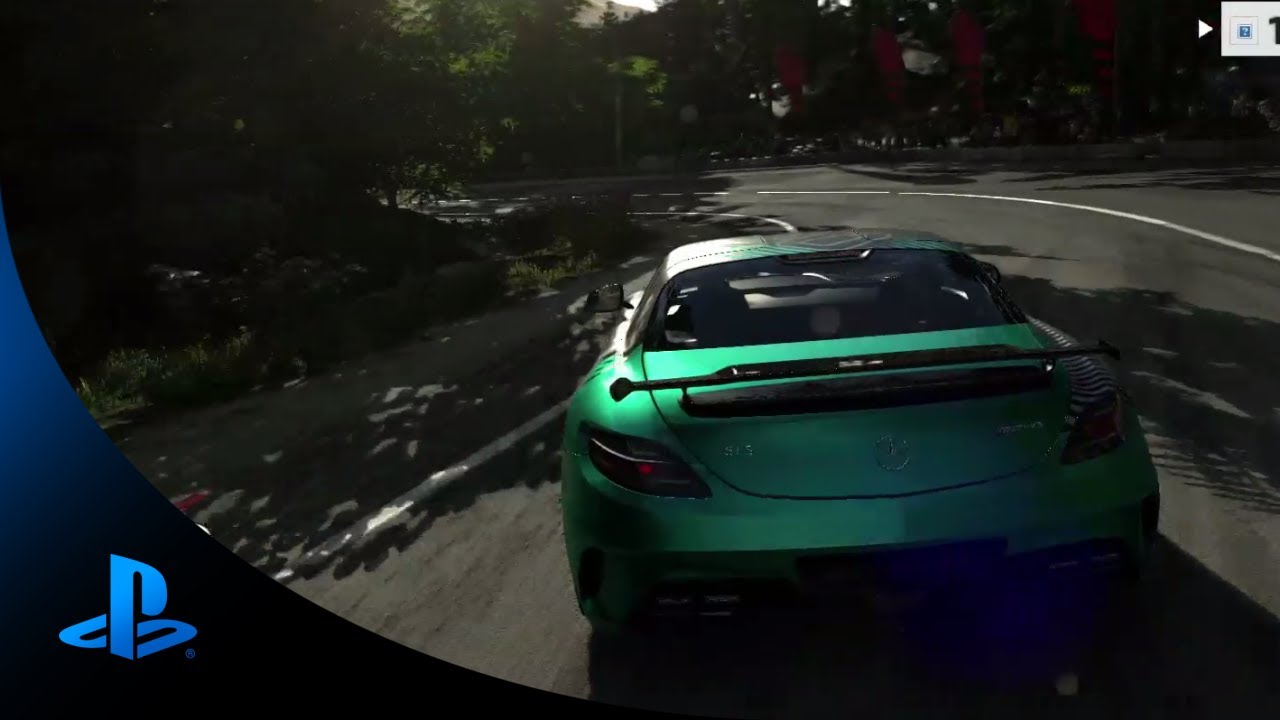 Thanks to everyone that played the DRIVECLUB demo at Gamescom! There were some blindingly quick racers, and even though my team weren’t the fastest overall, we earned the most fame points to win the challenge. So that means that the Gamescom trailer plays out with ”Like A Boss” winning, which I’m obviously very happy about! Also, in case you were wondering, the music track is Be Here Now by Hybrid (The Qemists remix). ;-)

The reaction we got at the show was fantastic, with over a thousand people trying the demo each day. I spoke to a lot of people playing the game and the key thing that stood out and really connected with people was the concept of “always having something to play for” and “always contributing to the success of your club.”

The fastest racers loved that they could aim for first place on the leaderboard and still play over and above that to beat every challenge in every event. Everyone else enjoyed being able to focus on the face-off challenges, rather than struggling to be the quickest around the track. It was great to see that people understood that DRIVECLUB is not just about the fastest racers getting to the finish line first, but that everyone can drive together and win together.

We showed a track from Canada for the first time and the enthusiasm we’ve seen makes us excited to show you even more of the game before the PS4 launches, especially because the game is already looking better and smoother than it did at Gamescom!

For those of you that couldn’t make it to the show, we also shared some direct feed video footage of DRIVECLUB running on PS4! The videos have been on our Facebook page since the show but we’ve just put them up on YouTube at a higher resolution for you (closer to showing the game’s native 1080p resolution).

There are more videos for you to watch on YouTube, too. Just before I sign off, I should probably pre-empt the most common question we get asked by people when they see the direct feed videos: “how does it play”? It’s a tricky question to answer because it entirely depends on your experience with racing games.

If you come from a background of playing arcade-racing games, like I do, then you’ll have a lot of fun with DRIVECLUB. The first thing I learned is that you definitely need to use the brakes, which I wasn’t used to, but it’s really easy to get to grips with. It’s incredibly satisfying to get a feel for some of the world’s most exciting cars and there’s a lot of depth and individuality to driving each of the cars.

If your pedigree is simulation-racing games – or you’ve ever driven these cars for real, like our Design Director Paul [Rushy] Rustchynsky – then you’ll also be happy with how DRIVECLUB feels. He tells me you’ll instantly get to grips with each vehicle’s unique handling characteristics and you’ll be able to apply advanced driving techniques like ‘trail braking’ and ‘feathering the throttle’.

You can also choose to drive with manual gear transmission and we’re working on support for steering wheels to enhance your driving immersion too.

It’s really exciting that players from different backgrounds like Rushy and me can drive together (and win together!) in DRIVECLUB. So tell us, what’s your racing background, who will you be playing with and what do you think of what you’ve seen so far?