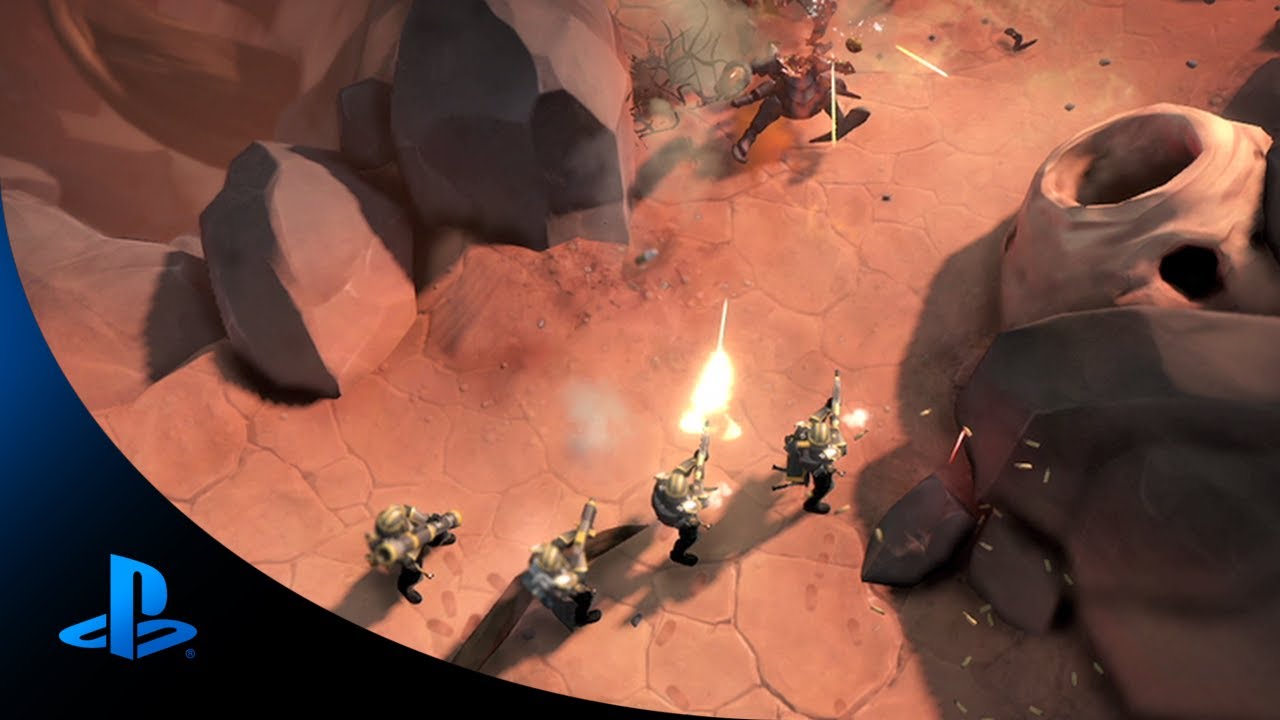 You may know of Arrowhead Game Studios from our previous games like Magicka and today we’re excited to announce that we’ve teamed up with Sony Computer Entertainment and Foster City Studios to create our next game!

So, for all of you out there, both new fans and old, I give you Helldivers. Built for both single-player campaigns and up to four player co-op missions, Helldivers is a top-down shooter set in a satirical and dystopian future where mankind is ruled by a managed democracy.

Of course, this world also happens to be in a perpetual war against three alien species, one of which we revealed in our Gamescom trailer!

As part of the elite unit called the Helldivers, you choose your deployment zone and dive into battle on procedurally-generated battlefields. Once there, utilize overpowered weapons and Stratagems to defeat the enemies of mankind. Working together as a team will be vital, whether calling in strikes or placing weapons, each action must be totally synchronized to achieve objectives. As with all Arrowhead games, friendly fire is a key part of the game, and if you’re not careful with the Helldivers explosive firepower, you’ll lose the mission and a few friends along the way.

Helldivers features Cross-Play and Cross-Save between PS4, PS3, and PS Vita, something that’ll really enforce the co-op nature of the game, but if your preferred poison is to play locally, this is combinable – so you can have two players on a PS4 with two others joining in on Vitas in the same room.

I guess you’re wondering about the campaign? The story? Well, this is something that we want the players to explore. This isn’t just a four player co-op game; it’s a co-op game that relies on the global efforts of the entire Helldivers community. You’ll fight with the community to save humanity and all of your combined efforts, mistakes and heroic deeds will affect the larger campaign; a campaign where every battle counts and victories unlock cool content for all.

With that, I am really excited to fight alongside you on the battlefield in the not so distant future of 2014.