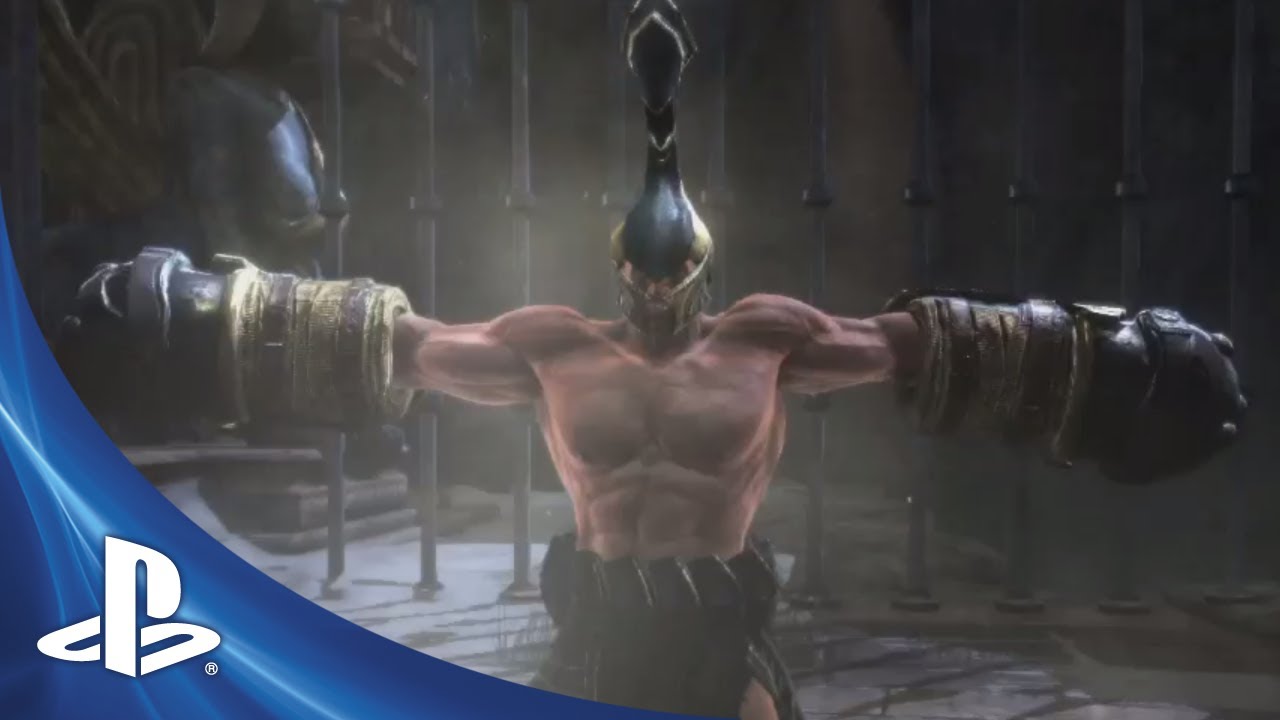 Champions! For the 99.9% of you not enjoying the hysteria at Gamescom, fight in the glory of #GauntletsWeek!

Forged by the gods to obliterate your enemies with thunderous force, the dual-wielding Gauntlets Weapon Class will arrive in God of War: Ascension Multiplayer tomorrow, Aug 20th. These double-fisted weapons will deliver crushing blows to an enemy’s ego and face. Pound your enemies down with six new gauntlets, including Zeus, Ares, Hades, Poseidon, the Gladiator Gauntlets, and the legendary Nemean Cestus from God of War 3.

Keep reading for destructive gauntlet tips, and a FIRST LOOK at our new, massive map: the Archimedes Furnace.

With the new Gauntlets Weapon class, you’ll be an absolute, mechanical beast in the arena. Here are a few gameplay tips to get you going… Launching later this week with our 1.11 update: an epic, free new map…

Marked by Archimedes’ colossal tribute to the god Apollo, the Isle of Delos is haunted by madness. Within the belly of this wonder, lies an enormous forge ready to consume any who try to stoke its flames. Archimedes’ Furnace will feature play with Team Favor of the Gods 4v4, Match of Champions 8-player, and Capture the Flag. This is the map we’re certain you’ve been waiting for.

This map has a Steampunk feel, deadly spike traps, and lots of hot metal. We’ll stop there and let you discover the rest of the mayhem for yourself.

Guess what? We’re not done yet! We’ve got a pretty killer multiplayer surprise included with the 1.11 update that’s going to give you a chance to bring an extreme dose of nostalgia into the arena. Here’s a hint. Gauntlets drop tomorrow, and there’s a second set of 6 on the way this September. Go forth and conquer, and make sure to follow us on Twitter and visit our site for weekly updates.