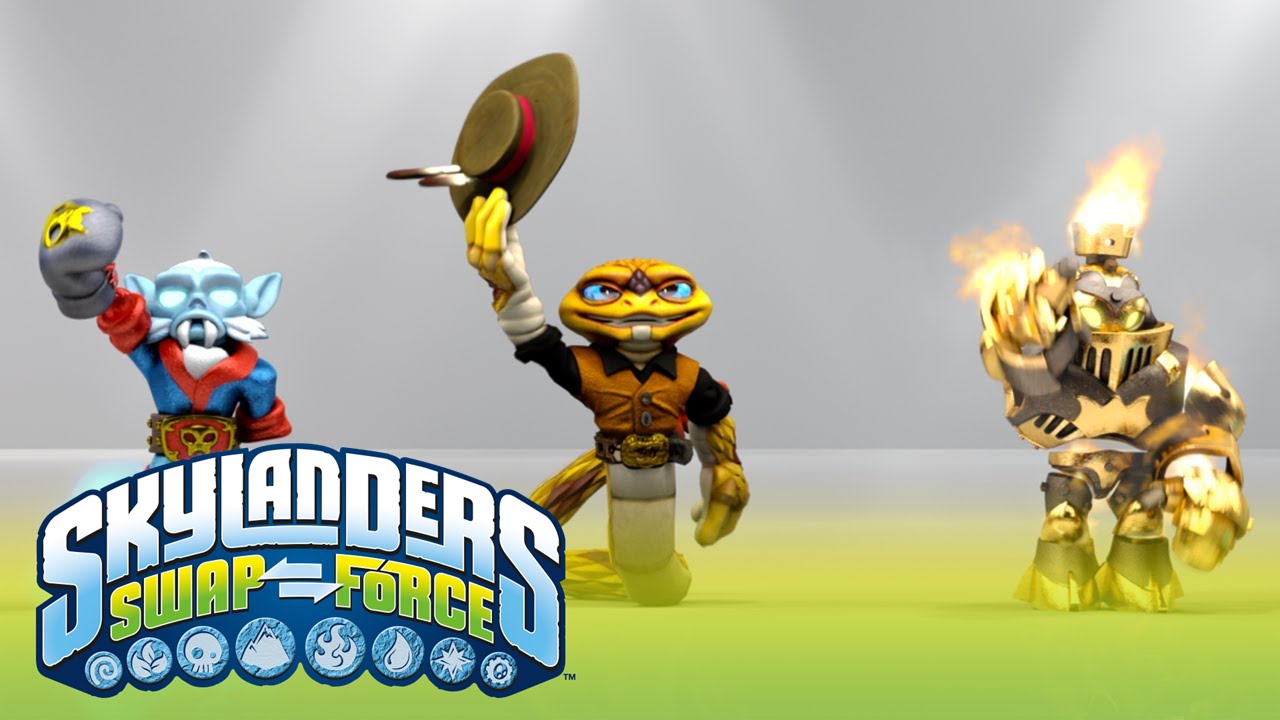 In the beginning there was magic…

There’s this magical moment when a Skylanders fan puts a toy on the Portal of Power and watches the character burst to life in the game. In fact, that’s our official term for this experience – Magic Moment. It was coined shortly after the start of development on the first Skylanders game back in late 2008. As the team watched the first group of kid playtesters experience a physical toy come to life in a videogame – bringing together two things they love most – it was pure magic for them and us. Since then, the term has been a fundamental part of the Skylanders lexicon.

And the magic continues…

Cut to five years later as we’re literally in the final throes of finishing the third game in the series – Skylanders Swap Force – and we’re still amazed by just how magical Skylanders is to millions of kids around the world. To keep the experience magical and adventurous… fun and humorous… epic and engaging… we’re always looking for ways to be fresh and innovative. This year with Swap Force, we’re introducing all sorts of new features – with the biggest being Dynamic Swapability. Kudos to our marketing team for a cool name that nicely captures the fun of swapping the top and bottom halves of our 16 Swap Force characters. The number of combinations is huge, allowing for some really creative and varied custom Skylanders.

Other big features include 16 new core Skylanders, a new supercharged graphics engine that brings Skylands to life in high definition glory, and an all-new adventure with new story, locations, combat, mini-games, puzzles, platforming, and other gameplay experiencs. And jump. Yes, I said jump!

“But Mr. Skylanders Executive Producer Guy, I’m already aware of these amazingly awesome features. What can you tell me that I haven’t heard?”

Well, I’m glad you asked, random virtual person. We’re doing something very cool that plays into one of my favorite things about Skylanders – alternate characters.

Join the Dark Side…

The heart and soul of Skylanders is its characters. Plain and simple. And the beauty of a collectible toy line is that it allows for different versions of characters. Skylanders fans are more than familiar with Granite Crusher, Jade Flashwing, Punch Pop Fizz, and my personal favorite, Scarlet Ninjini. I’m happy to say that we’ll be releasing a whole new set of alternate characters. And one of my favorites is the Dark series, which features a select group of characters in their Dark form.

Because Skylands is a real place (say it with me – it’s real), the origin of the Dark Skylanders is already pretty well known. But for those of you unfamiliar with this legendary tale, here is their story…

While on a special mission, a team of Skylanders discovered a secret lair where Kaos was experimenting with a new discovery – Petrified Darkness – which he initially intended to use to stage a coup against Skylands. In their fight to stop Kaos, the lair exploded, releasing a cloud of pure Darkness. The Skylanders knew they couldn’t let it escape, so they absorbed this energy, transforming them into dark versions of themselves. Fortunately, Spyro learned to tame that darkness within him long ago. So with his help, these Skylanders now have also learned to control it – combining its power with their own to fight Kaos and the forces of evil.

“Truly epic, but we’ve already seen Dark Spyro. How is this new?”

Once again, thank you for your question, random virtual person. Yes, we have seen Dark Spyro before. But have you seen the Skylanders Swap Force Dark Edition? That’s right. Not only will there be new Dark characters, but we’re going to release a cool special edition starter pack with five – FIVE! – characters. Included will be Dark Washbuckler, Dark Blast Zone, Dark Slobber Tooth, Dark Spyro, and Dark Stealth Elf. Also in the pack will be a huge collection poster featuring every Skylander from all three games.

“Sounds awesome, but is a special edition really needed?”

In all honesty, it comes down to choice. Some people may not care or even avoid it like the plague. But that’s totally fine. Our fan base is so huge and diverse, our philosophy is to each their own. It’s what drives how we think, design, and develop Skylanders games. It’s also why we offer as much choice as possible – especially with characters. As a kid who bought every version of Han Solo figure, I love having the opportunity to buy a special edition. And based on what I’ve seen since the release of Spyro’s Adventure and Giants, many Skylanders fans will, too – because there’s pure and simple fun in building a collection of awesome toys, especially ones you can bring to life in a videogame.