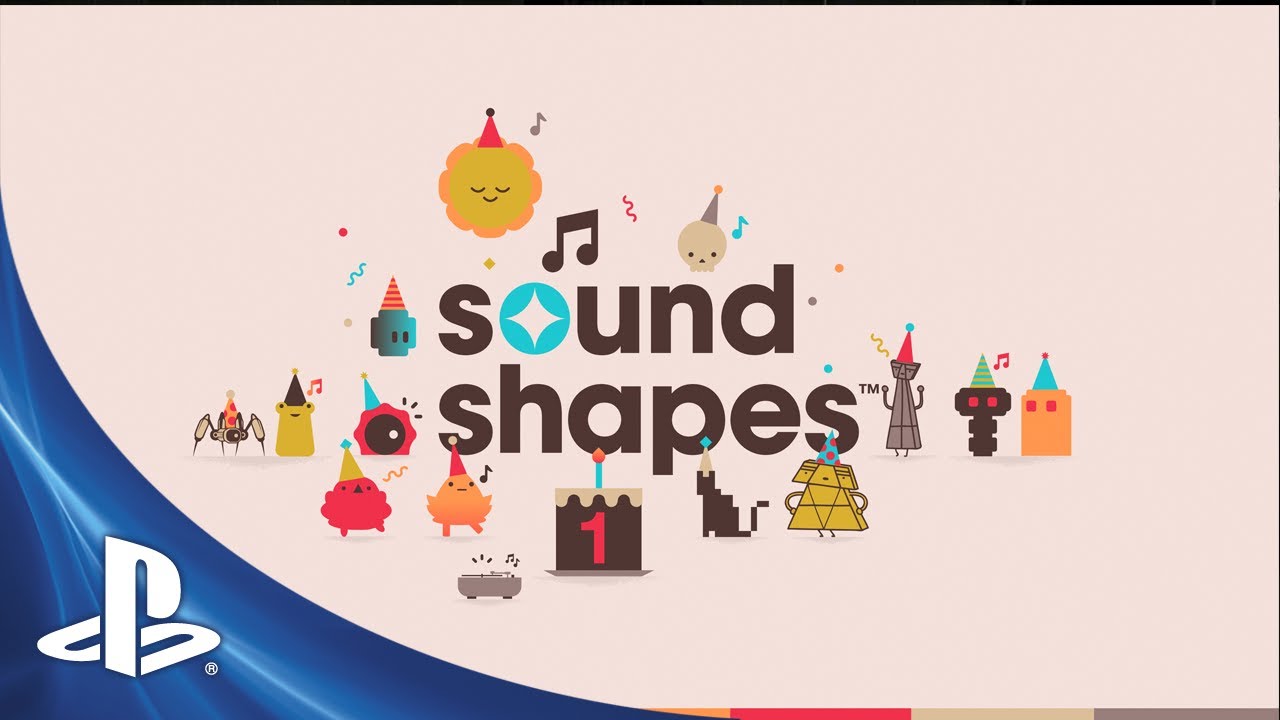 We’re celebrating a big birthday this week – Sound Shapes turns one! At the age when we were wearing diapers and barely crawling, our strange musical platformer has been out in the real world making things happen.

First he came back with some good reviews, then a bunch of awards, and now he’s hanging out with thousands of friends making levels. Who knew our little game would be so driven? As parents, it’s real nice to see.

During this birthday week we have lots going on, and you’re invited to the festivities. Have a look.

We’re holding a level design/jam competition. To participate, create and upload a level highlighting what you love about Sound Shapes and hashtag the title with #BDay. Upload your level by August 19th, 2013. Winners will be announced soon with the launch of the next Milkcrate.

The top six creators will receive a signed, screen printed Sound Shapes poster and will be included in a special 1 Year Anniversary Milkcrate album which will be a permanent part of the Sound Shapes community.

No purchase necessary. Must be 13 years of age or over and a US resident to enter. See the full rules here.

If you haven’t tried Sound Shapes yet, now’s the perfect time! Starting when PlayStation Store updates later today, and running for the next week (until August 13th, 2013) the game will be 50% off! It’s also Cross Buy, so when you buy it for either PS3 or PS Vita you’ll get the game for both platforms automatically. If you already own Sound Shapes we have something for you too: the DLC is 50% off, and all the avatars are free for the duration of the sale.

A Free Gift For You

If you’re a fan of Sound Shapes (or just want some free stuff) click here to go to a special PlayStation Community thread, post your thoughts or birthday wishes, and get the Car Mini-Album & Entity Pack for free! You’ll need to post by Monday, August 12th 11:59pm PST to get the gift. We’ll be sending the codes out via XMB message and email no later than August 30th.

One last thing before we light the candles… a huge thank you to the guys and gals who make the thousands of levels that consistent blow our minds. Jool, Beej, Gasssst, Gez, Daft, Bleu, Dude, Pika, Amrods, A45, PopTarts, TTough +++ so many more… you’re awesome!

If you haven’t explored the Community yet, have a look at The Milkcrate. It’s a collection of the best Community levels curated around a particular theme or by guest curators (like Baiyon, Ghostly Records, Gamespot, and The Verge) and is a great place to start.

Ok, this is a long post so we’ll tie it up here. Thanks to everyone who supported us this past year – it means a lot. Keep playing, keep creating, and stay tuned, we have many more announcements coming soon.

Happy Birthday! Cake by our own Sharon K.