Sweet Fuse: At Your Side Lights Up PSP, PS Vita August 27th 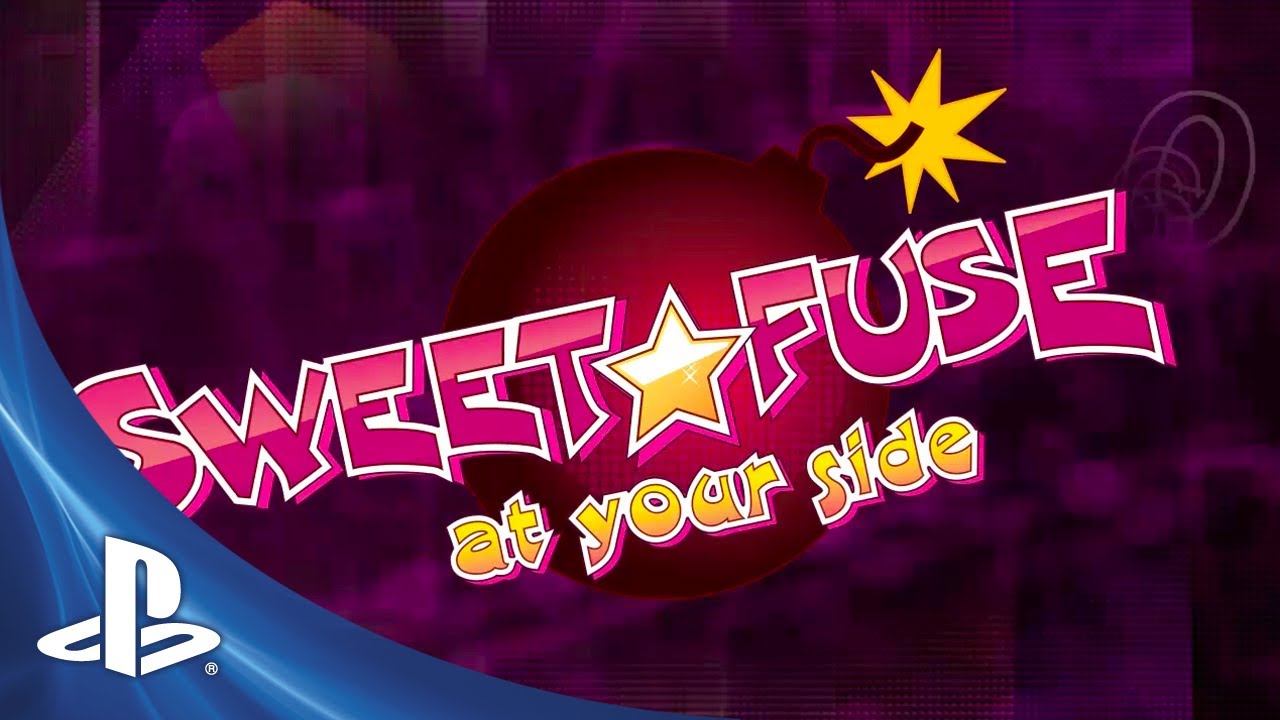 Sweet Fuse: At Your Side (hereafter referred to as “Sweet Fuse,” “The Product,” or “Oh Captain My Captain”) is an otome game, developed by Idea Factory and Otomate, and published by Aksys Games. Coming to PSP and PS Vita (via PSN) on August 27th (and to retail soon after that), it follows the escapades of Saki Infaune, irascible fictional niece of legendary game developer Keiji Inafune as she navigates a deadly theme park and searches for that most elusive of emotions: Love.

Apart from, presumably, not hurting me anymore, that’s a question history’s great thinkers and poets have been asking for ages. Some say it’s an illusion—Plato seems to think it has something to do with the pursuit of knowledge and perfect, unknowable, divine objects. Scientists might tell you it’s a biological and chemical imperative that drives us to procreate and thereby propagate our species. I certainly can’t claim any special knowledge as to the answer, but I can tell you that Sweet Fuse is dedicated to the examination of it. But not exclusively!

As protagonist Saki Inafune (Default name—you can name her after you, if you want. Or after anyone! Sometimes I name her “Jennifer Lawrence” or “Joseph Gordon-Levitt”), you’ll be navigating not only the ins and outs of falling in love, but also the ins and outs of trying not to die in one of a series of theoretically deadly games hosted by an insane porcine villain.

In All the Wrong Places

As you may have already surmised, there are hot boys in Sweet Fuse, and not just the toned, flexing, truck-driving, bacon-eating kind. They are also the romantic kind—or, as the French call it, some word I don’t know, maybe “fromage.”

Saki volunteers for participation in a game that will determine her fate, the fate of a bunch of hostages, and the fate of several dreamy young hunks: Shidou, a serious and dedicated police detective; Mitarashi, a loud, reckless, hot-headed escort; Wakasa, a young, skittish pop star; Meoshi, a shy hardcore gamer; Shirabe, an older and experienced journalist; Urabe, a quiet, kind fortune teller; and a mysterious young man who offers his help. She’s got spunk, spirit, and smarts, and she knew the risks when she signed up for this assignment, but she never expected… to fall in love. But who she falls in love with, and how, will be up to you!

Heartache to Heartache We Stand

Each day, Saki and her newfound companions will be forced to play through a different diabolical game devised by their corpulent captor, the irredeemable Count Hogstein, and each game will be a perversion of a video game-themed attraction from the theme park they are imprisoned in. These games demand cunning and cleverness from each participant, but in the process tempers are rubbed raw and eventually one of Saki’s unique abilities is revealed: the never-miss “What’s Wrong With You?!” technique. Will she remain meek and quiet, or lay low all who oppose her with a barrage of vicious invective? You decide! Personally, I recommend the latter. Saki has sass for miles.

All You Need Is Love

Although a sharp mind certainly doesn’t hurt! Clever as Saki’s male compatriots are, it comes down to her to pull their collective (and perfect) butts out of the fire with her “Explosive Insight” ability. Separate truth from lies—fact from fiction—or it’s all over. Everyone’s counting on you! There is, like, literally a bomb about to go off if you get this wrong! Or maybe poison. Sometimes spikes! It depends. Point is, no pressure or anything. Pick the right keywords and you can save everyone! Pick the wrong ones and, well, have you seen Saw? It’s nothing like that. Not nearly as gruesome. But you still die.

Whenever I’m Alone With You

So where does all this end up? In one of fourteen different places! Each of Saki’s decisions tip the heptamerous scales to send you—and her—down a different path. All seven stories are different, and all seven stories together provide the clues and hints you’ll need to uncover the truth behind Count Hogstein’s game, and his perverse enjoyment thereof.

If you want to solve the mystery, you’ll have to work hard to put all the facts together. Saki’s unflagging good humor is certainly up to the task, and once you’ve tasted how sweet this—…no, actually, that metaphor is really disturbing. But trust me when I say you’ll want to play through each route and figure out the truth. If fact, I suspect you won’t be able to re-fuse!