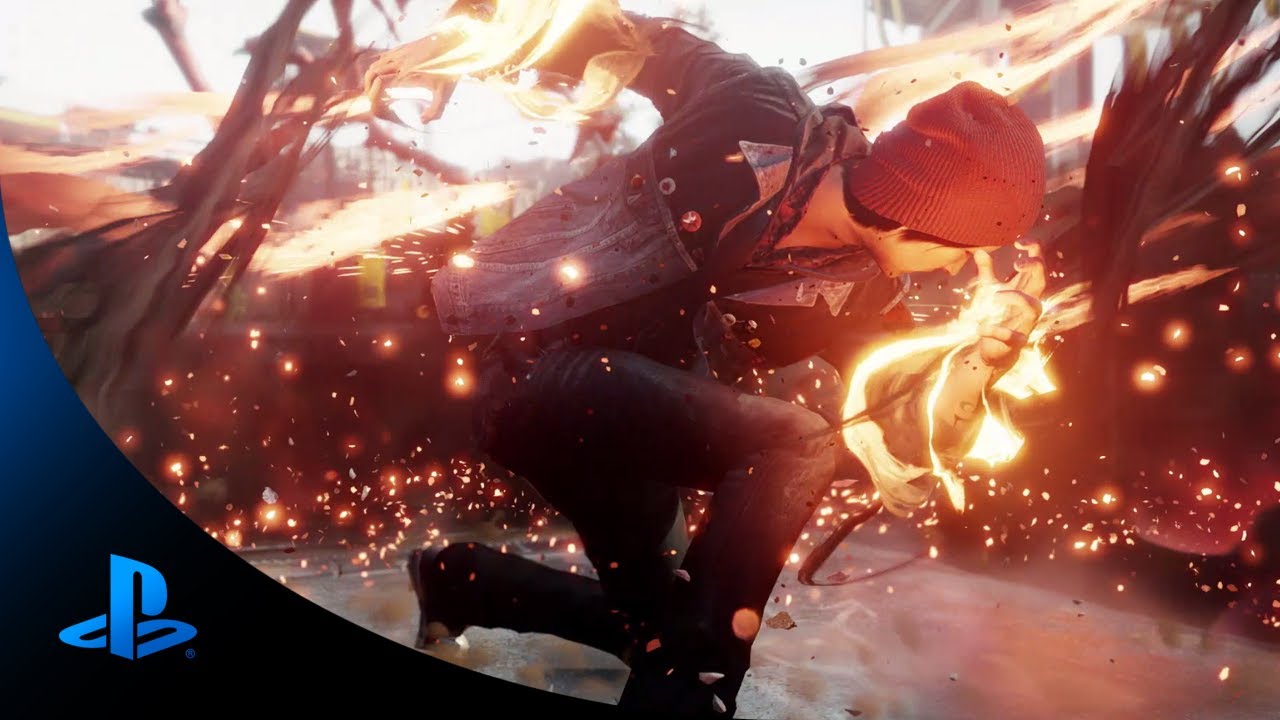 “Well, if the good ending is canon, then it’s not Cole in the new game. And if it’s not Cole, it’s probably not electrical powers, right? And if it’s some other power source, what is it? And is that still Infamous?”

These were the questions that came up as soon as we started planning for our next game. Quite daunting, considering back then it was only my second week at Sucker Punch Productions. (That reminds me… Hi! I’m Jaime Griesemer, the Lead Designer on Second Son.) However, the team was full of ideas. Some were what you might expect: Earth powers! Water powers! Some were less traditional: Control over birds! Car powers! The power of friendship! We accumulated a list of dozens and dozens of possibilities. In the end, we decided that the reason electricity worked so well was because it was somewhere in the middle of the spectrum. Not a familiar trope, but not too abstract. An elemental power, but a modern, urban one. As we narrowed down the list, one power source that kept coming up was “Smoke”.

Smoke is great. It’s not common enough in games that there are a lot of expectations about what it can do, but it’s ripe with potential uses. It fuels your imagination. “What happens when you throw smoke at someone? Of course it explodes, but maybe it could linger and send enemies into fits of coughing? How do we make smoke into a melee weapon? Like a whip or something? Where do you get smoke from in Seattle? Could you wreck a car and then absorb the smoke from the engine fire? How does it feel to get smoke pumped directly into your face? Probably not good. Hey, what happens if you can turn into smoke? I bet that would be handy in a fight…”

Smoke also comes with some challenges. I’m no rendering programmer, but apparently smoke “causes rampant overdraw” and “consumes fill rate” and would be an “incredibly difficult effect to pull off as the basis for the entire game” and that we “should pick something else.” Whatever, this is new hardware! Let’s see what PS4 can do! Turns out, Sucker Punch’s programmers and artists were up for the challenge, and being a first party studio working directly with the hardware team has some advantages…

I think it turned out fantastic, but you can judge for yourself from the behind-the-scenes demonstration at the top of this post.