Critter Crunch, Everyday Shooter on Sale Today for $0.99 Each 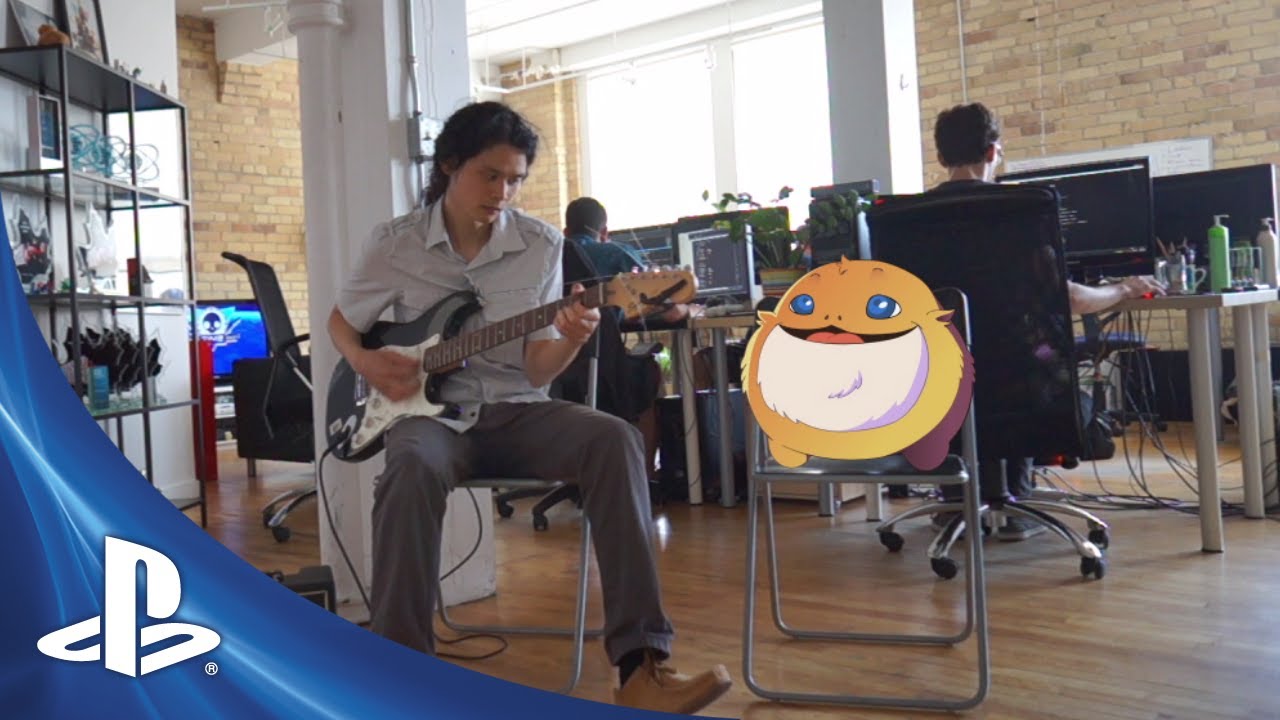 This week, Toronto-based developers (and good friends) Queasy Games & Capy are putting their classic PSN titles on sale. To mark this occasion, Jon decided to dust off the actual guitar used to create the tunes in Everyday Shooter and jam out the games’ first track, alongside our cuddly orange friend from Critter Crunch. Take a peek:

Everyday Shooter & Critter Crunch may be markedly different games that took alternate paths onto the PlayStation Store, but they share a lot in common. Here’s a little bit about why these games are important to their creators/teams:

Five years ago I released my first game, Everyday Shooter, in which you play through an album of musical shmups, where every sound effect is a guitar riff or note harmonizing over an all-guitar soundtrack. So as you play the game, it feels like you’re jamming along with the music. Each level/song/track has a different vibe, look, sound and gameplay mechanic — kind of like how songs on an album flow through different moods.

At least that’s what it is for most people. In actuality the game was built on ten years’ worth of failed experiments. It’s a game about growing out of the art-game-theory-I-am-a-genius-look-at-me BS I had built in my head. It’s about shedding my ego and getting back to the basics of making a simple, GOOD video game. It’s about becoming the student learning from the masters.

I packed a lot of personal memories into this game: I see the little Lego tanks and spaceships I built as a child in level 5, my obsession with strawberry picking in level 7, the first three-chord progression I ever wrote on guitar in Level 1… and I see all the undeniable influences of the time: Every Extend in Level 1, Warning Forever in Level 2, Miyzaki’s Porco Rosso in Level 4… and I cannot deny the inspiration I found in Rez and Lumines.

Everyday Shooter is probably the 8th, or 10th, or 12th (I’ve lost track!) game I ever made, but it was the first game I was truly proud of. Right now it’s on sale for a dollar. A dollar! I’d love for you to try it, and if you do, THANK YOU from the bottom of my heart.

Many years ago Capy wasn’t making the types of games we are now. We worked on games for big movie brands on a platform not a lot of folks cared about. Out of that dark time came one bright light: a silly little arcade-style puzzle game starring a cuddly orange blob who used his tongue to feed critters to each other. That game, originally called “Top of the Food Chain” before being officially dubbed CRITTER CRUNCH, became our first console title, launching on PSN in October of 2009.

Looking back, I can say that Critter Crunch happened because of Everyday Shooter. Not directly of course, but in a very real, indirect way. As we toiled in the furnaces of work-for-hire, our good friend Jon Mak was releasing a crazy, personal, aesthetically-driven game on a major console. Everyday Shooter was inspirational to us, and to be honest we felt like we needed to make better games because of it. Around the same time our friends at Metanet released N+, and it was these twin forces that gave us the courage to make games we truly cared about. Critter Crunch was our first step in that exciting direction. It was our first truly ‘independent’ project in the new era of Capy, and set us on the (amazing) path we’re on now.

We wanted to make something with the beauty of Miyazaki or early Disney animation, but at its core was a love-letter to games like Dr. Mario & Magical Drop. We wanted to cram it with jokes and charm and character and multiplayer modes you could play with friends or significant others.

To this day, we still love the heck out of Critter Crunch. And we hope you love it too, or will love it if you buy it while it’s on sale for $0.99.

Fast-forward many years, and the strong friendship and mutual respect which (at least partially) began with these games led to Queasy asking Capy to help out on a crazy musical toy-meets-platformer called Sound Shapes. And we all know how that turned out! Stay tuned for some fun stuff we have planned for the first anniversary of Sound Shapes’ launch on August 7th.

So, if you own Everyday Shooter and/or Critter Crunch, Capy and Queasy thank you. If you don’t, please take this chance to give them a shot for a single dollar each.