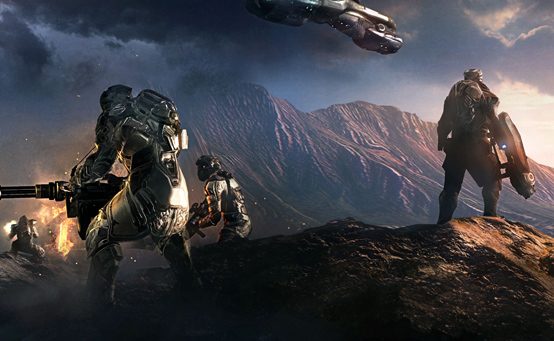 Since DUST 514 launched as the first free-to-play massively multiplayer first-person shooter on PlayStation 3 in May, the battlefields of New Eden have been exploding with activity. If you haven’t jumped in and created your immortal DUST character yet, our latest in-game event is the perfect time to start your mercenary career.

On Thursday, July 11th, we are issuing Mordu’s Challenge, which throws down the gauntlet to players to rack up kills, achieve hacks and cause massive destruction to win lethal in-game gear. Are you the speedy Scout who dives in, hacks objectives, and then gets out? Or are you a Heavy-suited Forge Gunner who can blow apart installations with a few shots? No matter what your play style is, there is an objective for you to reach and earn some excellent gear.

From Thursday, July 11th until Thursday, July 18th, you can take part in any public match to show Mordu’s Legion your skills! The event offers four separate challenges to take on. Go for the goals that most suit your play style or take down all the objectives and earn a special bonus reward!

In the universe of DUST 514, Mordu’s Legion is one of the oldest, most respected, and powerful mercenary outfits in existence. When the first cloned soldier, code-named Templar One, went rogue and broke away from his Amarr overlords, the Legion gave him sanctuary. Mordu’s Legion was the first to embrace the cloned soldier not merely as a weapon, but as a human being.

Yet since those early days, millions of these cloned soldiers have emerged and set up mercenary companies of their own. Faced with scores of independents who are willing and able to die and die again, the Legion’s place in the cluster is at risk. Now their eccentric founder, Muriya Mordu, has decided to issue a challenge to every cloned mercenary to prove their worth. And he’s backing up his words with weapons, dropsuits, and equipment for anyone who can show off the power of the new order.

No official entry is required for this event. Simply play DUST 514 and your statistics will be tracked and recorded. More information on this and future DUST 514 events planned for the summer can be found in the official DUST 514 July Events Developer Blog.

And don’t forget to join the conversation about Mordu’s Challenge on the PlayStation forums! DUST players who share their thoughts about the event will receive free copies of the Militia Light Damage Modifier to use in-game.