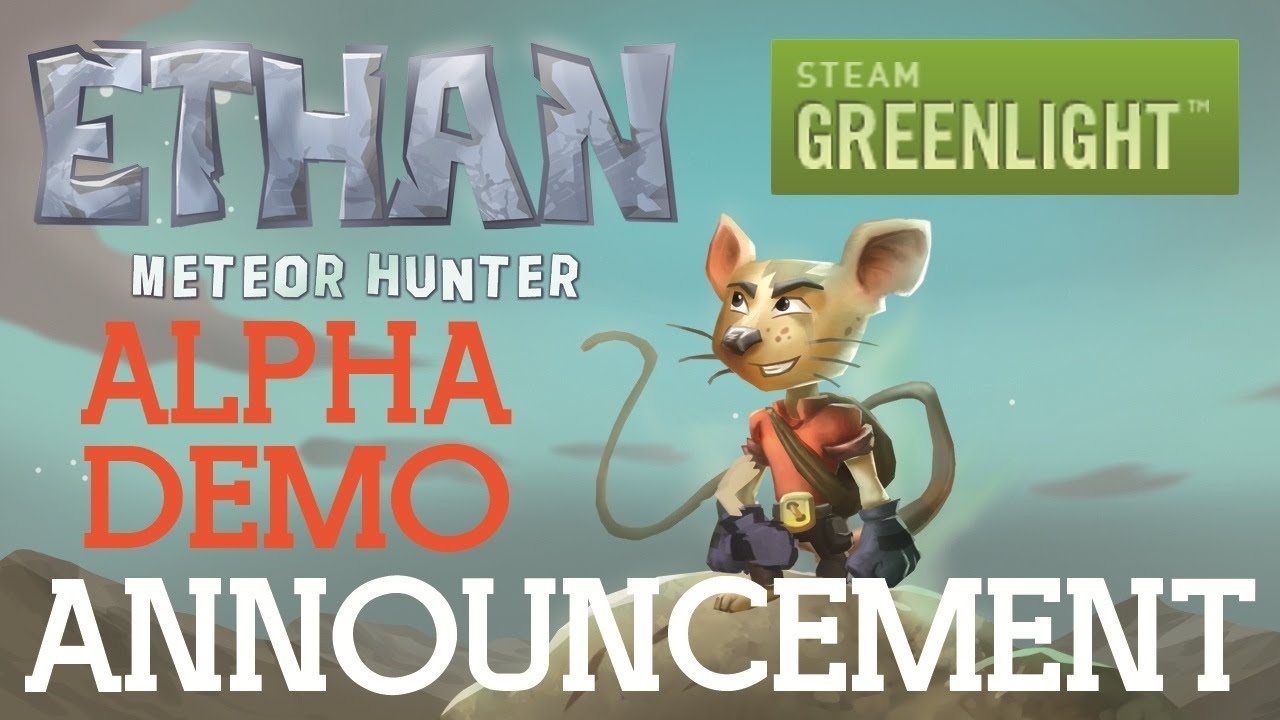 Hello! We are Seaven Studio, a brand new indie studio based in Lille, north of France. We are seven former employees of Hydravision (who developed Obscure 1&2 and Alone in the Dark), which closed down back in September last year. We were part of a team working on a new project called Ethan: Meteor Hunter when Hydravision closed down, so we decided to start a new studio looking to self-fund and self-publish our own projects. We bought the Ethan IP and got to work!

About our first game, then. You are Ethan, a little rodent that was hit by meteor fragments. These fragments gave him the power to move objects around and freeze time. Add physics rules and elements with different properties and you get an exciting new 2.5D puzzle-platformer! Plus, it’s French, so how can you not love it?

Ethan can interact with the environment, burn wooden blocks, use electric charges to activate interrupters, doors or mechanisms, and hover when using air vents. There are multiple ways to solve the puzzles, which blend arcade action and reflection. Progression through levels isn’t linear – there are multiple challenges in each stage – and Ethan will get extra abilities as soon as he beats each world. We’re aiming for about 50 levels across three different worlds!

The game is easy to play but hard to master: we’ve made the game considering both gamers who just want to have a nice 20 minutes play after a hard day’s work, as well as hardcore players who want to track down every last item and take on extra hard challenges. Speedrunners should be very pleased!

Ethan: Meteor Hunter will be released for PS3 in late summer 2013. To keep updated, follow us on Twitter and feel free to contact us; we’d love to hear from you! We also want you guys, the gamers, to be closer to development and give us feedback on our alpha demo we released a couple of months ago on our website. Being close to the gaming community is very important for us!