How to Shmup: Mamorukun Curse, From the Makers of Ikaruga 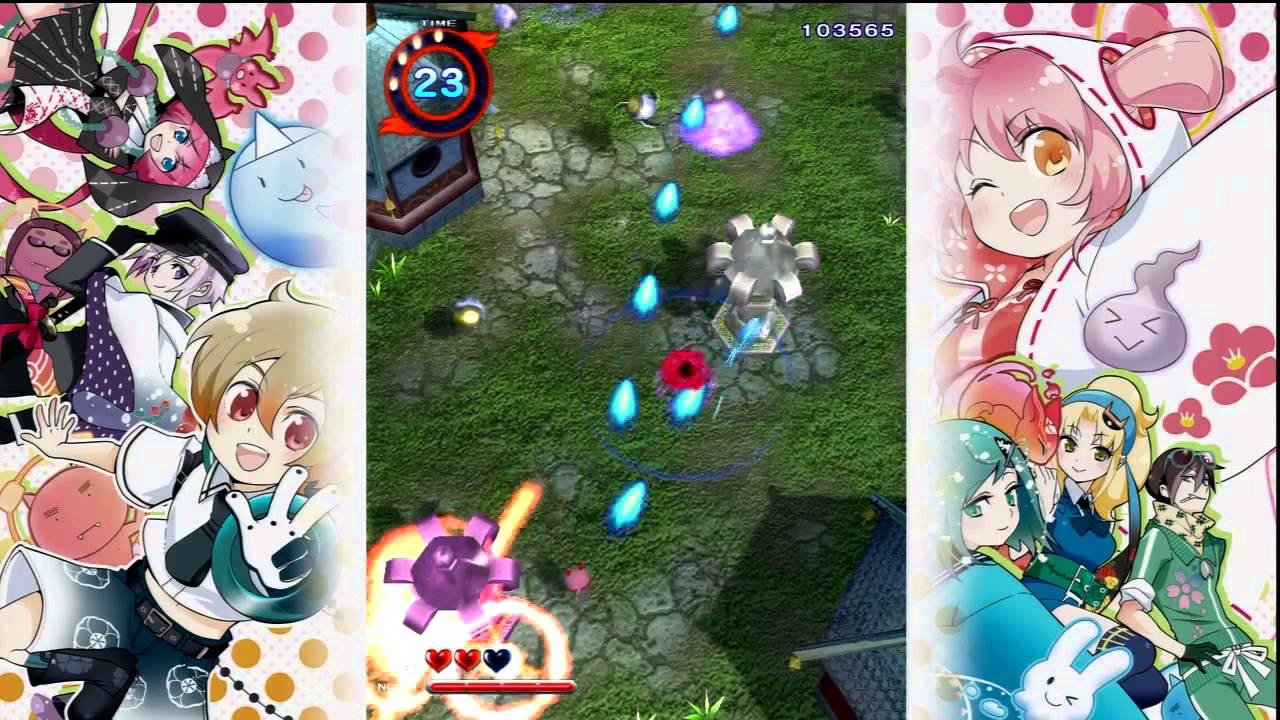 Mamorukun Curse! was originally developed by G.rev, the co-developers with Treasure Co. Ltd. on games such as Ikaruga and Gradius V. The rush I got when I first started to understand the ammo-absorbing mechanic in Ikaruga was nothing short of exhilarating, as I’m sure many of you experienced the same!

A great shmup (shoot-em-up) will usually have one or two defining mechanics that makes it stand up way above the rest. For Mamorukun Curse!, that mechanic is the Curse Bullet. The Curse Bullet is the key to surviving the game’s toughest fights, but can also be the double-edged sword that causes the player’s downfall. Specifically, the “Curse Bullet” will make a Cursed zone that weakens enemies’ defenses but at the same time boosting their shooting pattern. When defeated, a Cursed enemy gives off the highest amount of candy, Mamorukun Curse!’s collectible items for score, than when defeated normally.

The Curse effect can also be applied onto yourself to power up your own shots to be even more powerful than shooting a “Cursed” enemy! This effect, of course, has a significant cooldown to the next “Curse Bullet” activation.

Another benefit: when you start charging a Curse Bullet, it clears all enemy bullets on the screen. This makes for a very interesting risk/reward system; if you shoot the Curse Bullet and it doesn’t hit any enemies that can take a few more shots, the cooldown for the “Curse Bullet” is reset. This lets you bypass a lot of incoming fire almost indefinitely. However, this will only get you so far, as many bosses and enemies are able to take quite a bit of punishment when their defenses aren’t weakened or when your shots aren’t powered up by the Curse effect. Learning the multi-faceted Curse Bullet effects and balancing all its uses is where shmup fans will find their “A-HA!” moments!

Shmup fans know how great games in this genre are hard to come across. Most are carbon copies of one another with minor differences, while a few great others take known mechanics within the genre and turns them on their heads!