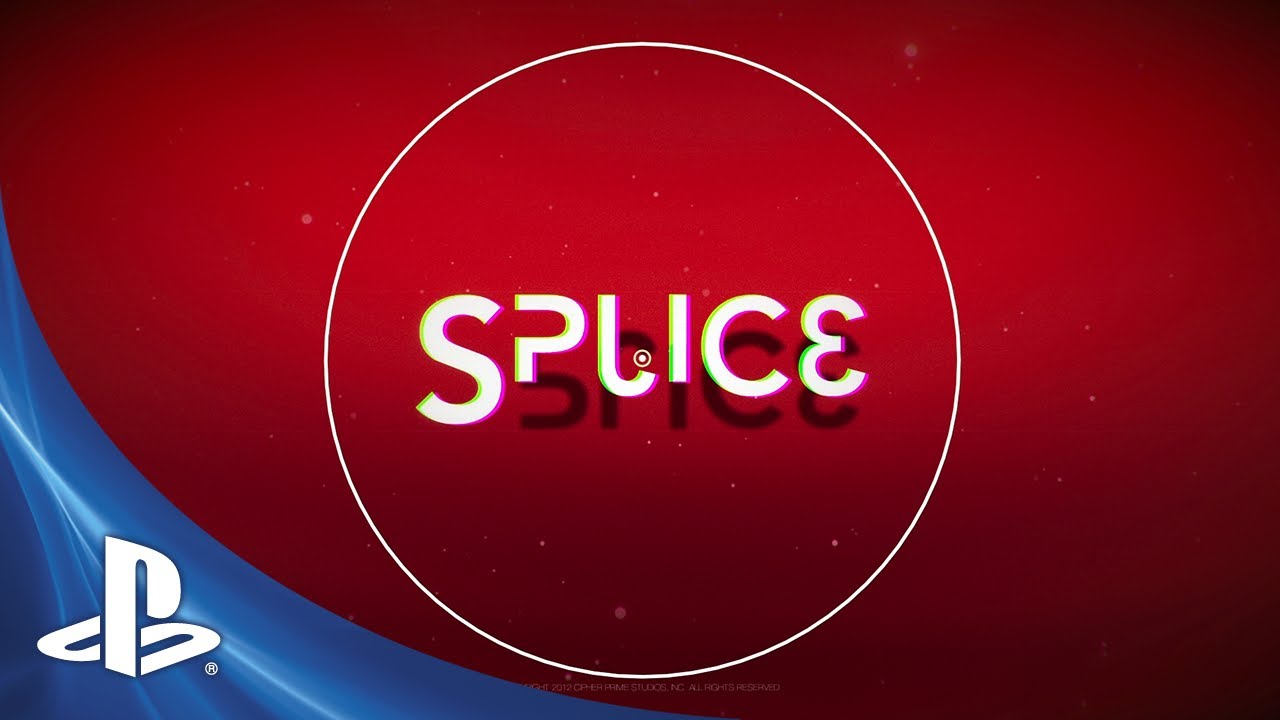 Hey, PlayStation gamers! Nikko from Cipher Prime here. We’re super excited and honored to announce that Splice­­, our award-winning, experimental and artistic puzzler is making its way to PSN for PS3! Splice has been showcased in the 2012 PAX 10 Selection and was a Finalist at IndieCade 2012. This year, Splice is part of the PlayStation booth at E3!

Splice was born in a fever dream that designer Dain Saint had on a flight back from a previous IndieCade. The goal of Splice is to rearrange binary branchings of cells to match the target outline of each puzzle (or “strand”) within a limited number of moves (called “splices”). You’re able to reverse time and scrub forward again to step through your simulations. The game consists of more than seventy puzzles, introducing special types of nodes and new mechanics over the course of the game. Keep in mind, the key to success is exploration and experimentation.

Splice has a very “sciency” and biological feel to it. No matter where you are in the game, it seems as though you’re looking through a microscope at microbes and particles suspended in fluid. This was the inspiration for much of the design for the game. We decided to keep the interface simple, minimalistic, and in most cases limited to iconography. When text is used, it’s highly stylized and integrated into the game environment.

These sorts of visuals are very characteristic of the design stylings of our creative director, Will Stallwood. We initially mocked up a ton of ideas for the interface, and then one by one removed elements that weren’t absolutely necessary for the gameplay. If it didn’t add to the theme or support functionality in some fundamental way, it was out. We use this same process of design by subtraction for most of our games. We end up with a more elegant product and a more usable interface; one that doesn’t distract the user from the gaming experience. The HUD interface in Splice, for instance, disappears from the edges of perception. This allows the player to focus on the strand being solved, drawing the player further into the gameplay.

The soundtrack to Splice, composed by Dain Saint, is also a key part of the immersion. For a long time we tested the gameplay without it, and as a result fumbled with the design a bit. As soon as we added in the initial track, there was an immediate tonal shift to the game. The tranquil music becomes a welcome break from the challenge of some of the more difficult puzzles. It also brought harmony and helped serve as another guiding line for the game’s look and feel. There are eleven tracks in total, one for each sequence of strands.

If you like puzzles, and are intrigued by games that deviate from the norm, Splice might be the game for you. We’re aiming for a late summer to early fall release on the PSN. The game is single ­player, and might even feature PlayStation Move support. We hope you’re as excited as we are to see Splice on the PS3. Feel free to reach out to us with any questions or comments you have about the game!