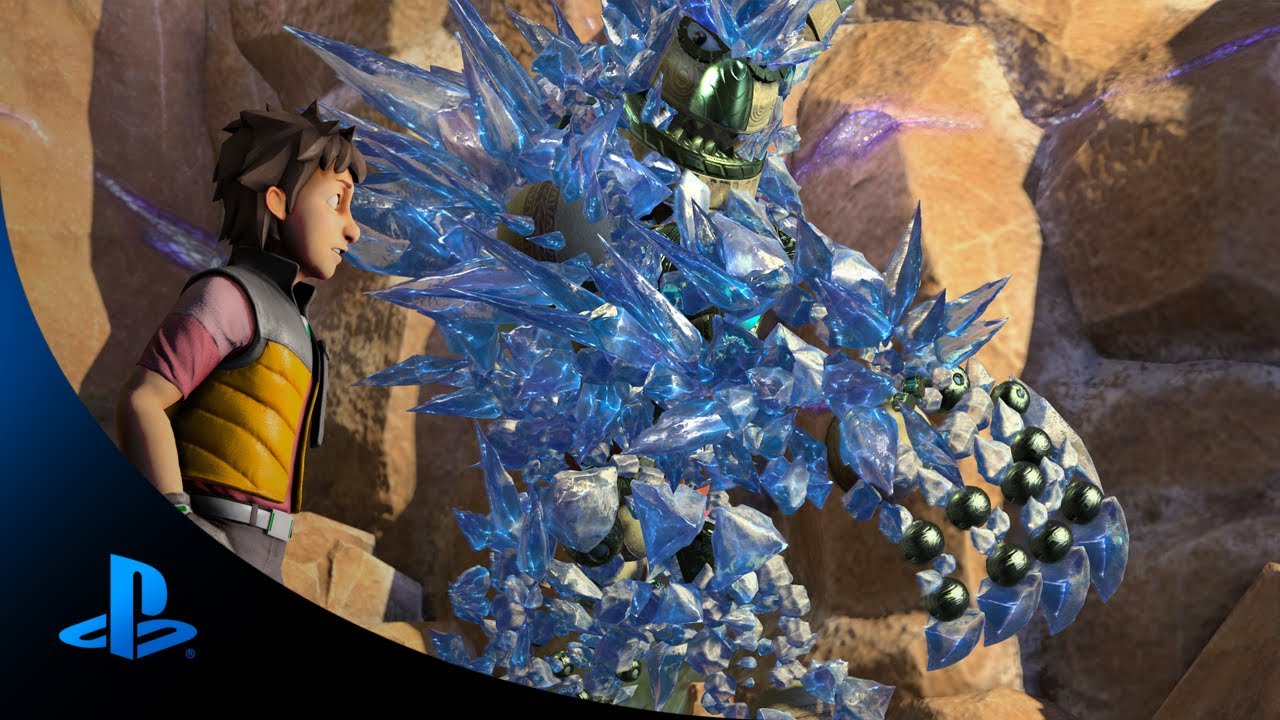 When I first introduced Knack back in February at the New York press conference, I focused on the unique character of Knack, as well as his world and the story of the game. We took a different direction with the latest trailer, shown during the E3 PlayStation press conference: as you can see, it focuses more on the excitement and the variety of the gameplay.

One essential element of a character-based action game, whether it be Crash Bandicoot or Jak and Daxter, is the vibrant and varied environments to explore. With Knack, we took the increased power of the PS4 as an opportunity to increase the depth and richness of these environments, with enemies and challenges around every corner. We also worked to add a deeper and more involving story – in many ways, the game is a mashup between a classic platformer and a CGI movie starring the very distinctive character of Knack.

One Hero, Many Sizes

The playable demo in the E3 booth focuses on the different challenges and combat scenarios in the game, which call for unique abilities that only Knack possesses. Transform to use Stealth Knack to slip past lasers, defeat goblins guarding the ice caves by collecting ice parts to build your strength, or collect thousands of relics and become a giant wrecking machine on a rampage – on the game team, we’ve really enjoyed exploring all of the variations of gameplay that come out of Knack’s abilities.

There’s another aspect to the game that we revealed for the first time at E3. Sixty secret rooms found throughout the game hold treasure chests, which contain a variety of special items. Some of these are parts of gadgets; collect enough, and you can complete a gadget that will aid Knack in various ways, including the ability to heal faster, increase the strength of his super moves, or help him grow in size. Others of these special items are crystal relics, which unlock six alternate Knack variations to use in the second playthrough of the game, each with its own unique strengths and weaknesses.

With PlayStation 4, we’re moving to a friends network based on real-world friends, and with Knack we are adding some connected play that brings a new dimension to what has traditionally been a very single-player type of game. Not only can players see how their friends are faring in the game, but friends can also collaborate to help each other along the way.

When you find one of the sixty secret rooms in the game, you are presented with the choice to either take the crystal relic or gadget part that you personally found, or elect to take the item your friend found in that same location. Need a specific part to complete a gadget? Trying to complete a specific alternate Knack costume? The more friends you have that are playing the game, the faster you’ll be able to complete the items you want.

Stay tuned for more updates from the Knack universe, and look out for the game this holiday on PlayStation 4!