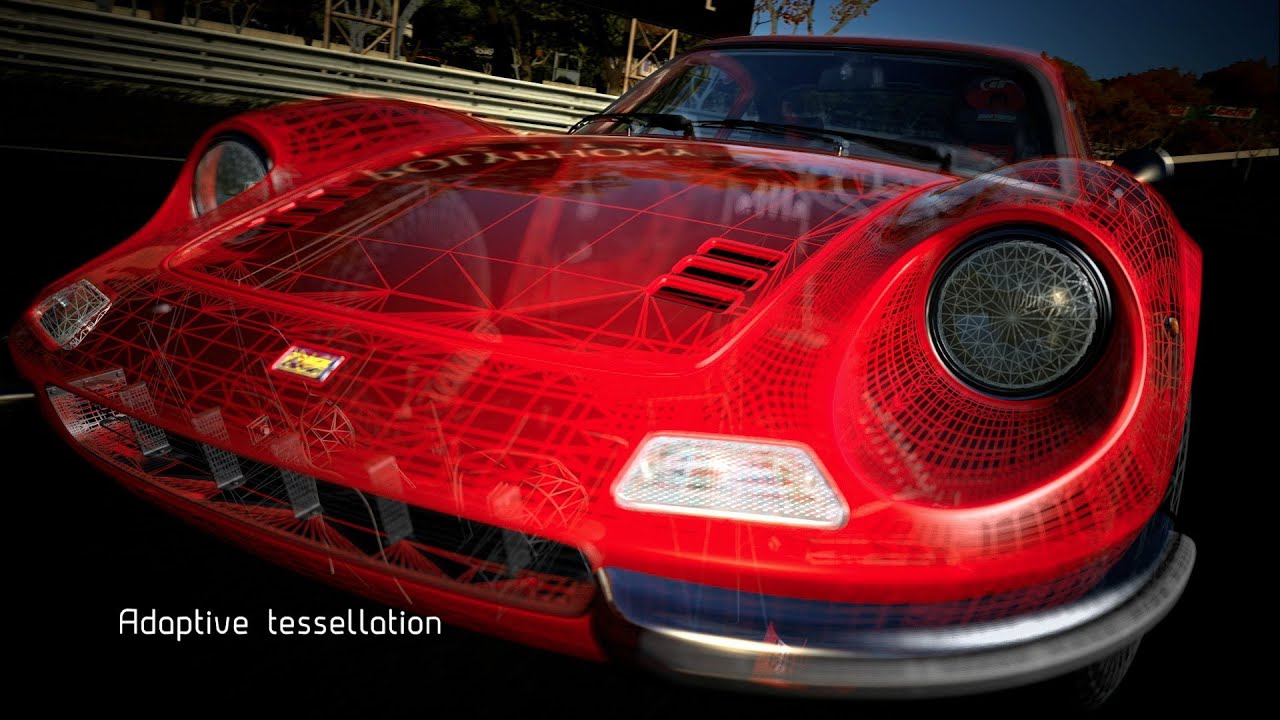 Gran Turismo fans – It’s been a month since we officially announced Gran Turismo 6 will be released this Holiday 2013. At the event, franchise creator Kazunori Yamauchi spoke at great length about the stunning new tracks (including Silverstone) and cars with a new user interface, as well as the inclusion of 1200 cars and 33 courses on 71 layouts.

Without giving too much of the trailer away, pay attention to the effects of the new physics engine as it accounts for all the intricacies and complexities of a car’s behavior, especially during cornering. With help from KW Automotive, the suspension system of each vehicle, most notably the shocks, more accurately showcases how a car reacts to various lateral loads, reproducing body roll and wheel slip in an amazingly real manner. Polyphony Digital worked closely with Yokohama Rubber Corporation to produce a new tire model that reflects the tire compound, tire structure and changes in characteristics during extreme load conditions.

Improving the overall look of GT6 is Adaptive Tessellation, the next generation in 3D model rendering technology. Tessellation involves dividing a polygon into multiple geometric tiles; Adaptive Tessellation takes that science one step further by automatically dividing the polygons to become finer according to the viewing distance and position. And it’s not just the cars that will look sharper. Thanks to the HDR Rendering system, whose dynamic range has been increased by 50 times from GT5, the representation of the surrounding scenery is more accurately expressed, without the excess flare of highlights and blackouts caused by extreme differences in brightness. The result is better blurring effects and better light management of the environment, allowing the user to get a better, more realistic experience.

For more info, and full detailed unveil of GT6 from the PlayStation E3 Press Conference, be sure to check out http://www.gran-turismo.com/us/.