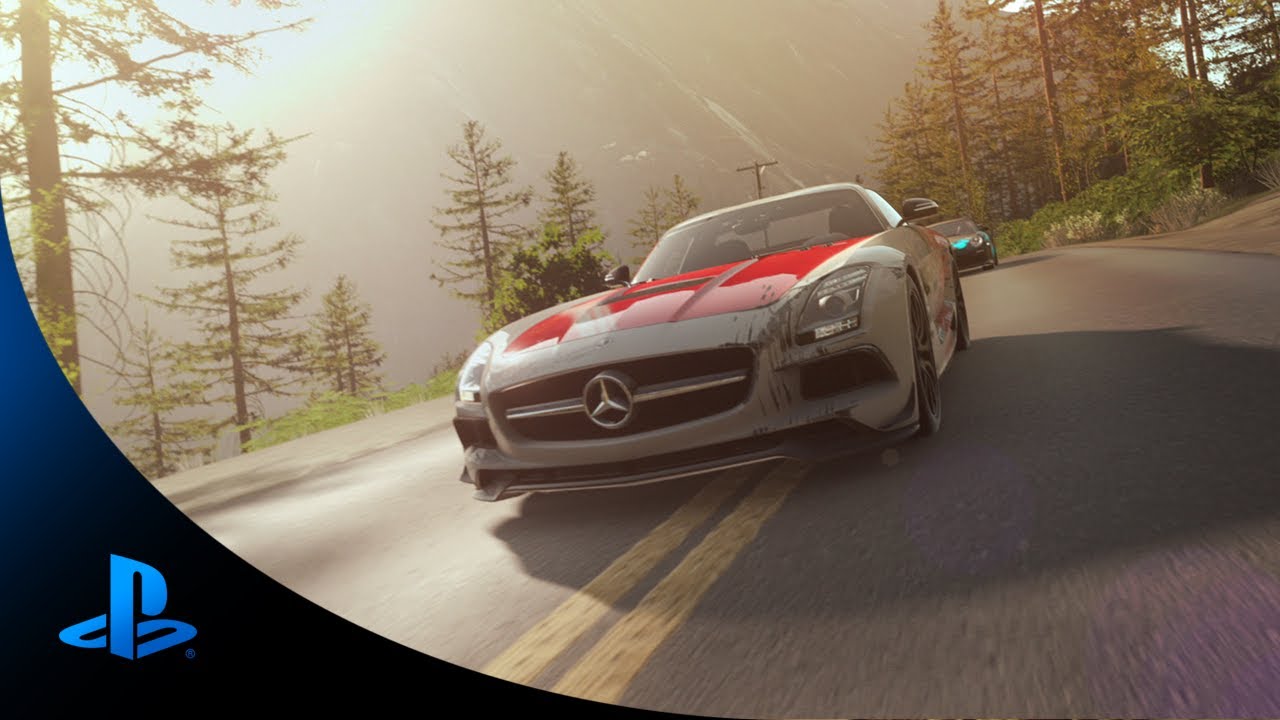 Jamie Brayshaw Community Development Manager, Evolution Studios
Update: We know many of you were looking forward to playing the promised PS Plus Edition and we are truly sorry for the delay. Our first priority is to provide you with the best possible experience while playing DRIVECLUB. With the high volume of new players and additional server load the PS Plus Edition is anticipated to bring, we are currently not confident that we can guarantee the best online experience. Until we can ensure that everyone can enjoy the full social connected online experience, we will be postponing the release of the PS Plus Edition until further notice.

Your reaction to #DRIVECLUB at the #playstation2013 event in February really got everyone at Evolution Studios fired up! We’re so excited to finally be able to show you more of #DRIVECLUB, I can barely contain my hashtags!

We get excited about E3 every year — even to the point of setting up TV’s around the studio to live stream the whole event so that we can all keep up to speed with what’s hot and what’s new while we work — but this year it’s going to be on a completely new level. Not just because of what ‘next generation’ means for games and PlayStation, but because the game we’ve wanted to make for almost 10 YEARS is finally going to be there at E3 (and so am I along with a few members of the team)!

I know a lot of you have been dying to see more of #DRIVECLUB in action on PlayStation 4 since the announcement, so before I go on to tell you more about what we’re doing at E3, WATCH THIS VIDEO!

We’re bravely letting everybody who comes to our experience room at the PlayStation booth on the E3 show floor actually pick up the controller and play the game! Well, a special demo version of the game we’re calling the ‘E3 Club Challenge’. We’re really proud that we’ve got a demo at this stage of development, and it just goes to show that all of the talk about PS4 being “developed for developers” is true!

The ‘E3 Club Challenge’ started as a competition here at the studio and took on a life of its own. The studio has divided up into racing clubs and we decided that the best two clubs would get to have their colors represented in the E3 #DRIVECLUB experience room, and half of the playable cars in the E3 demo would proudly sport their club liveries. So, on the show floor you’ll get to join these two clubs and keep the rivalry alive. “All Torque No Traction” is the inspired team name chosen by the highly experienced vehicle and driving team and “Spoiler Alert” is the signature team name of the borderline obsessive devoted Quality Assurance team.

The race takes place on a thrilling road circuit in Kinloch, Scotland – just one of the stunning real-world locations we will feature in the game. Just like all of the tracks in the game, every section of Kinloch serves up a new opportunity to face-off with Clubmates and rivals. Earn points for you and your Club by beating recent times, high speed records or pulling off incredible drifts. In #DRIVECLUB there’s always something to play for, including the leaderboards for the fastest lap times for the more competitive racers, which will ultimately help to decide which team wins the E3 challenge overall. Everyone who plays #DRIVECLUB at the show contributes to the challenge, and at the end of the E3 show we will announce a winning team!

We’re really looking forward to seeing how this plays out and can’t wait for people to get their hands on the game. The team here at Evolution is also really excited for #DRIVECLUB to be a part of the new PlayStation Plus program, and we’ve got more details around that program as well as what rewards we have in store when you pre-order #DRIVECLUB to come soon!

Keep up to speed with #DRIVECLUB and see all the goings on at E3 on Facebook and Twitter and let us know what you’re excited for in the comments.