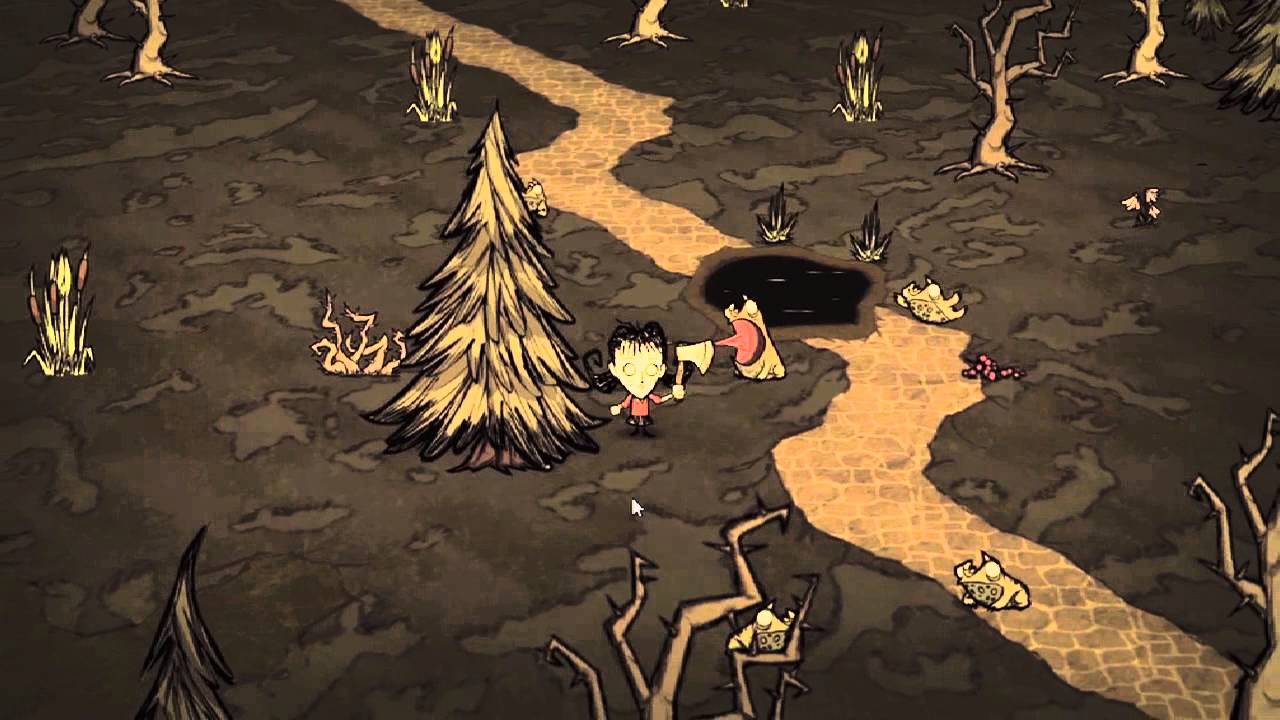 Very recently, we decided to throw our lot into the PS4, and announced that Don’t Starve is coming on the platform. If you haven’t heard about Don’t Starve, it’s an uncompromising, wilderness survival game full of science and magic.

You play as Wilson, an intrepid Gentleman Scientist who has been trapped by a demon and transported to a mysterious wilderness world. Living in a randomly generated world, Wilson must learn to exploit his environment and its inhabitants if he ever hopes to escape.

Basically, you try not to die, but you will. A lot.

Don’t Starve was created to bend the rules of engagement. How do we build a game that focuses entirely on creating intrinsically rewarding gameplay? That is, rather than the game giving the player external (extrinsic) rewards, such as loot, levels, points and trophies, the fun part of the game is simply the experience and the challenge of playing it?

We wrote about intrinsic rewards early on in development, and the results were rather surprising. Over a period of 9 months, we worked with our community to develop and balance the game, updating Don’t Starve constantly. We’re now working hard to bring the experience to console, and if the logistics allow, we’d love to do the same on the PS4 once it’s launched.

Right now, our challenge is to implement a great interface for the PS4 controller. Some things, like movement and combat, are straightforward and arguably better on the controller than on the mouse, while others, like inventory management, are going to need some serious thought. We’ve already got a rudimentary system up, and it’s just great to be able to control Wilson on analog sticks.

Don’t Starve is a labor of love for our studio, inspiring us to create pieces like the following. Can you find the hidden message inside?

If you’d like to know more about our development, join us in our bustling community forums, or follow us @klei. I’ll be posting here again as Don’t Starve for the PS4 develops. Later!