Stick It to The Man! On PS Vita and PS3 This Year 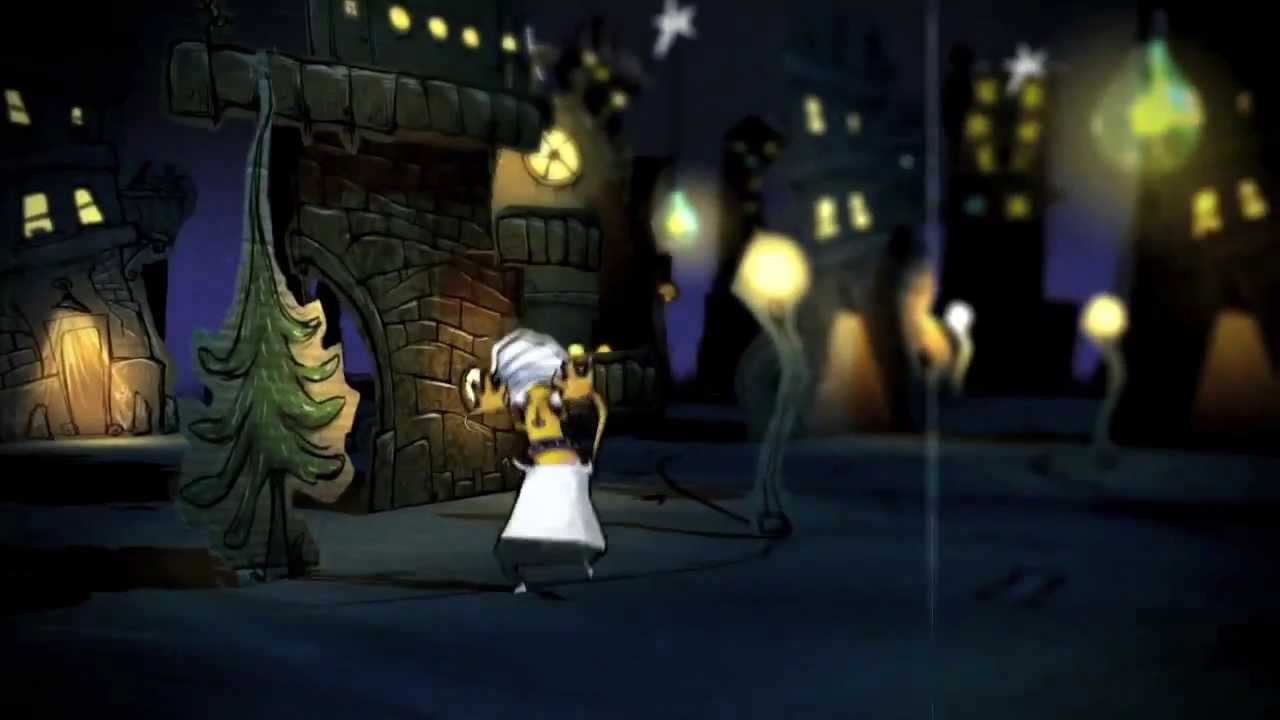 Hi, my name is Klaus Lyngeled and I am running a small game studio called Zoink! in Sweden. We have been working on something really special and I am so happy I can finally announce our game: Stick It to The Man!

In short, it’s a mind-reading game set in a paper and sticker universe. I know… that sounds insane, but you’ll understand once you watch our announcement trailer.

As you may have noticed, it’s a mix of platforming and adventure games.

The story is about this poor guy called Ray, who ends up in coma and wakes up with a 16-foot pink spaghetti arm sticking out of his head. The arm gives him the power to actually listen to anyone’s thoughts, which he hears as an inner monologue. But that’s not all — he can also put thoughts into people’s heads, change what they think about, and even pull objects out from peoples thoughts.

As you can imagine, this power is pretty useful. Soon enough, Ray finds himself being chased down by strange agents and a mysterious character called The Man.

The game has over 100 characters and each character can be mind-read. We had to record more than 10 hours of voice acting. That was actually really fun.

The dialogue is written by Adventure Time writer Ryan North and I bet you’ll laugh playing the game… if not, well you might actually be dead. Ehhm..Sorry!

At any point in the game you can activate something we call mega-pulsating-brain-mode (we could also call it mind-reading mode, but that didn’t sound as cool). All characters on screen (even animals and the occasional ghost) will reveal their brains and you can then slap The Arm into their brain. This will enable you to listen to their most inner thoughts. You’ll get all the juicy details and whacky thoughts. What is the doctor really thinking when examining you? Is the old lady on the bus an alien? What or who did the crocodile eat for breakfast?

I am particularly proud of the script and the characters you get to meet. We have some really interesting characters in the game, how about a disco dancing mafia Don that isn’t shy of getting the competition “taken care of”, a balding Yeti with a love crush on her hairy guard, a psychiatric warden with a split personality disorder and even good old Santa makes a short visit. We have it all! It’s like Christmas, but stranger!

Last week we had a small sneak preview of the game at the Nordic Game Conference and we were overwhelmed with the amazing feedback we got. People really seemed to love it. We can’t wait to let everyone play it.

We are now finishing up the last chapters of the game and then we need a couple of months to polish it up. The game will be released later this year on PS3 and PS Vita and we’ll have plenty more stuff to share with you before then.

Until then, keep sticking it to the man! And follow the game on Facebook and let us know your thoughts.