Enroll in Class of Heroes 2, Out Today on PSP 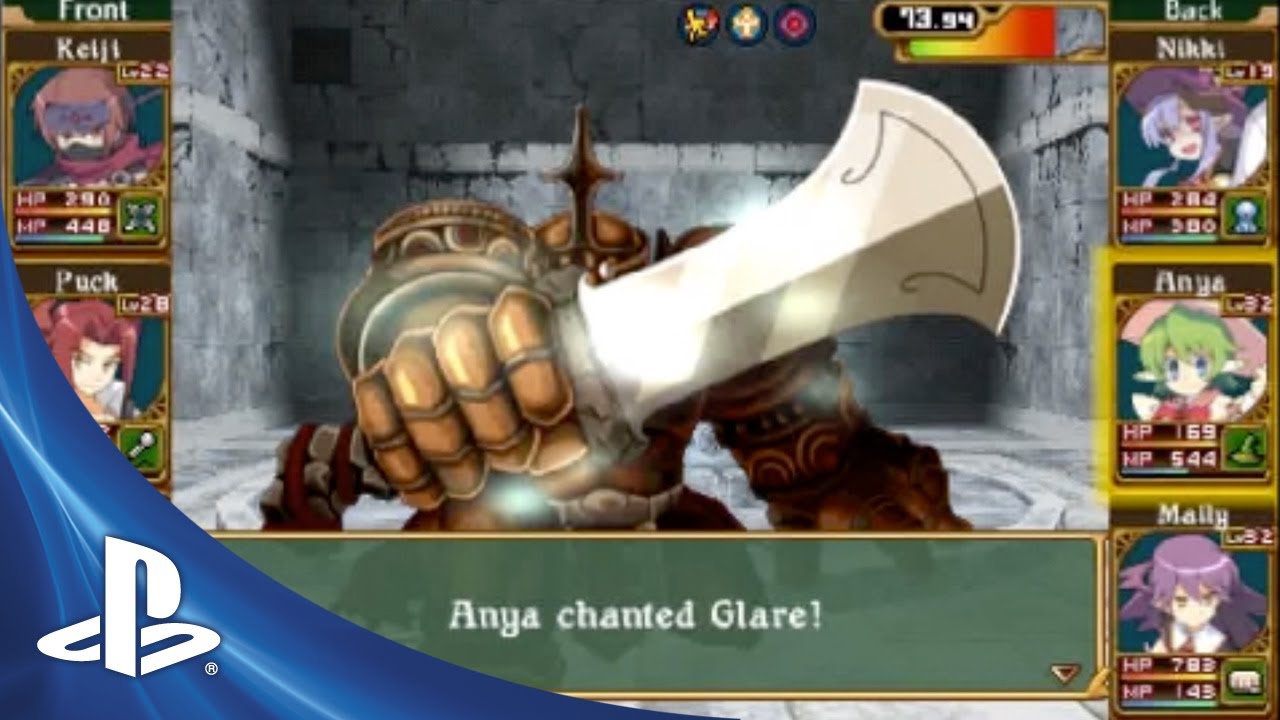 Dungeon crawlers are one of the oldest types of computer RPGs. The premise is simple: Make a party by “rolling” virtual dice, pick your party’s races and classes, give the party some stuff to help them fight and protect them from attacks, then head off into the darkness below for gold and glory. Well, that’s how it was supposed to go. There was usually dying in there, too. A LOT of dying. But there’s something enchanting about that mix of danger and exploration that has sustained the genre for well over three decades now. In Japan, the genre is having something of a resurgence, with well over a dozen dungeon crawlers being released for handhelds and consoles in just the last few years.

Class of Heroes 2 has been one of the titles in the vanguard of this new resurgence. It has put a candy-colored anime shell on an often dark genre that Wizardry helped popularize initially, and also added a more interesting and involving set of intertwining stories. In doing so, it’s made the game more accessible to gamers looking to mix up their RPG selections while still retaining the “Wizardry feel” for the hardcore dungeon crawler fan.

The game begins in Crostini Academy, one of three schools created expressly to teach students to become great adventurers. When creating your party of six characters initially, most, but not all, of the classes are available to you. To get some of the prestige classes, you have to buff stats and visit Panini or Bruschetta schools which each specialize in unique aspects of adventurer development.

I really tried to make sure the US version of Class of Heroes 2 was not a grindy-grindfest with annoying busywork on top of that, so the game is a little more generous than the Japanese version with gold and experience. The result is that, in general, you should be able to concentrate on just exploring, fighting monsters, and having fun while advancing the storylines without feeling like playing the game is your J-O-B. That’s not to say you won’t die. It’s very likely you will, especially in challenging dungeons like the Ancient Labyrinth or the Witch’s Woods, and at least one death in the Tower of God is all but advertised as a consequence of challenging the place. ZeroDiv, the Japanese developer, has designed some clever labyrinths that will bamboozle you if you’re not paying attention. And a bamboozled adventurer is often a dead adventurer before you know it.

There are almost 100 quests in Class of Heroes 2, and over 125 labyrinth maps populated with scores of monsters in all shapes and sizes, as well as some really nasty bosses.

If you manage to get to the credits roll, there are even extra-hard challenge labyrinths after that for a new game+ experience if you’re really not ready to say goodbye to the world. And if by the end, you weren’t, I wouldn’t hold that against you. I’ve grown fond of Olive, and Dante, and Galenos, and Giorgio, and many other characters in the game as well. (Class of Heroes 2 works on the PSP and looks amazing on the Vita’s OLED screen – if you have a Vita I highly recommend you play it on that. )