Video: The Art and Design of Diggs Nightcrawler 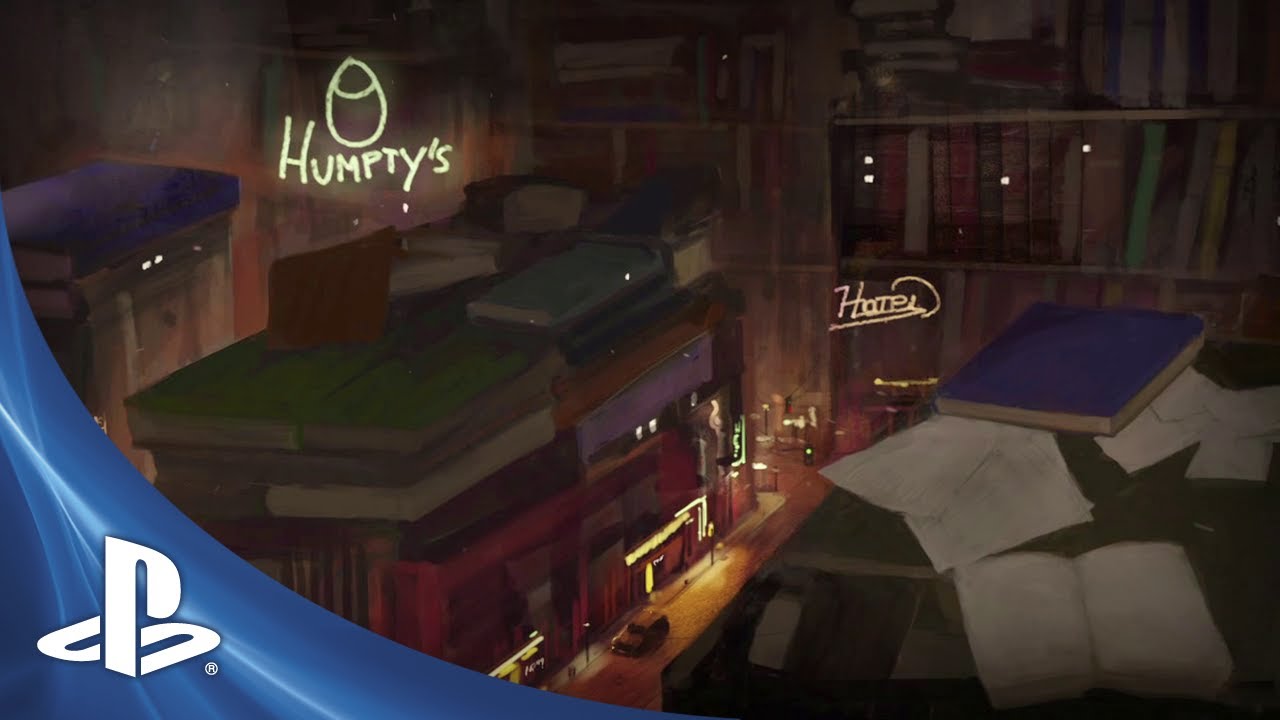 Hello again everyone! In this latest development diary we’re taking a look at some of the art and design in Diggs Nightcrawler.

Our starting point for the game was Wonderbook itself, and it was from here that we arrived at a bookworm hero, a city made of books and cast of characters from fiction. We also knew from day one that we wanted Wonderbook to be the key method of interaction, and so the physical nature of the book was intrinsic to the design of the game.

We wanted the experience to be intuitive, so we imagined every scene as if it were a real physical object on the book that would respond in the way the player would expect. Early on, we have a scene where Diggs is looking for clues, but it’s dark and he needs light. Overhead is a lamp on a chain which will swing if the player picks up the book and tilts it.

All scenes, including this one, were initially prototyped as foam models. Using these we could test interactions, experiment with scale and move scenery around. Given that the player is in full control of the book, we took inspiration from theatre in the round.

When it came to animating the experience, we knew we needed very high quality animation to engage the player with the characters and story. We decided to create bespoke animation for every scene, and approached production much like an animated feature film. Everything was storyboarded throughout, with storyboard artists attending all design discussions to visualise the experience in development. As in film, the actors’ performances were recorded before animation production began, and often the animators would bring elements of the actors’ physical performances to our Library City heroes.

Diggs Nightcrawler will be released exclusively on Wonderbook for PlayStation 3 this holiday.