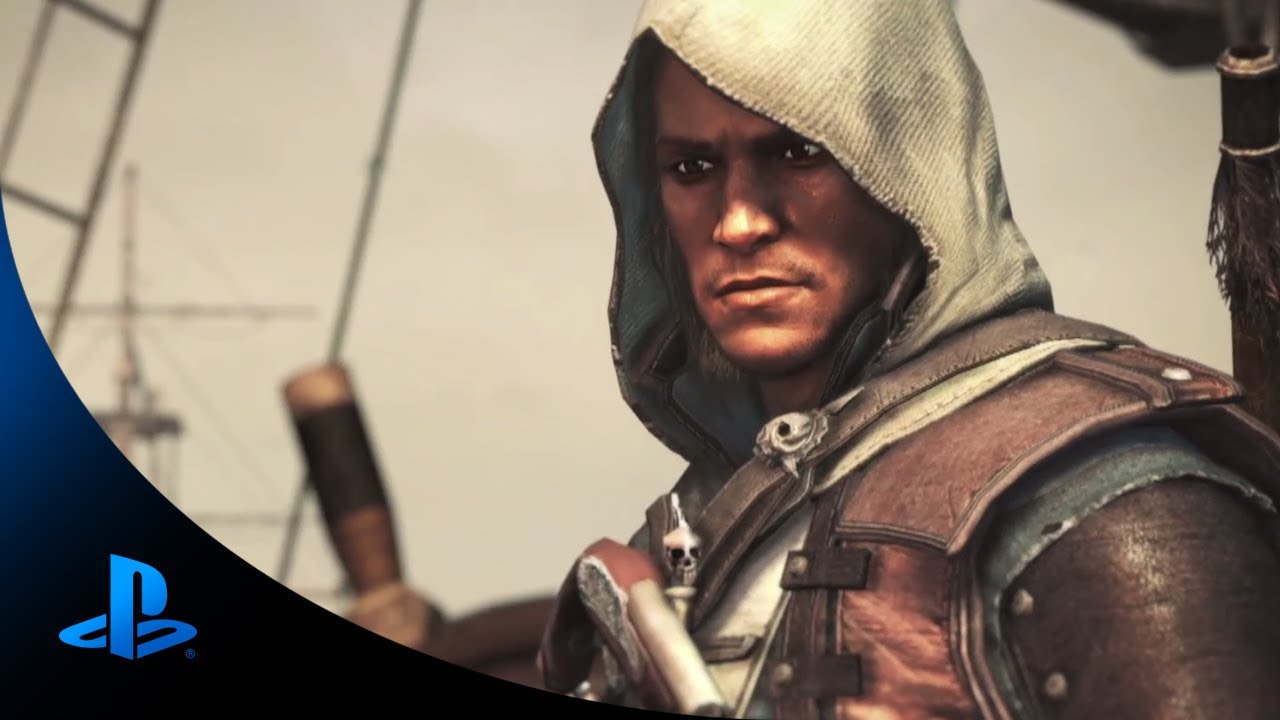 Edward Kenway set out to earn his fortune in the West Indies, but you’ll see first-hand how he (like so many other sailors of his day) turned to a much more brutal, ruthless and lucrative life in Assassin’s Creed IV Black Flag. We’re very pleased to deliver yet another glimpse into this world and further define our vision of The Golden Age of Pirates with this new gameplay trailer!

Captain Edward Kenway is a complicated guy with simple objectives: get money, honor the crew and live a life unbound by the laws of remote sovereigns. His story will take you all around the Caribbean, plundering, pillaging and generally leaving a wake of mayhem behind you.

But there is also a larger tale involving Edward’s contemporaries, and despite their commonly-known roles as thieves and brigands of the sea, there were pirates of the age who worked to create a truly free society. Edward will become embroiled in their struggle, and that of a much more inconspicuous and clandestine group…

As you can see from the trailer, you can expect a wide variety of new and exciting activities in AC4, including: dynamic boarding raids, incomparably smooth free-running in both natural and city environments and multi-pistol fighting that makes sense in the Assassin’s Creed melee style.

Also, you’ll learn that if a shark attacks you, the best thing to do is to punch it in the gills (and that is really true).