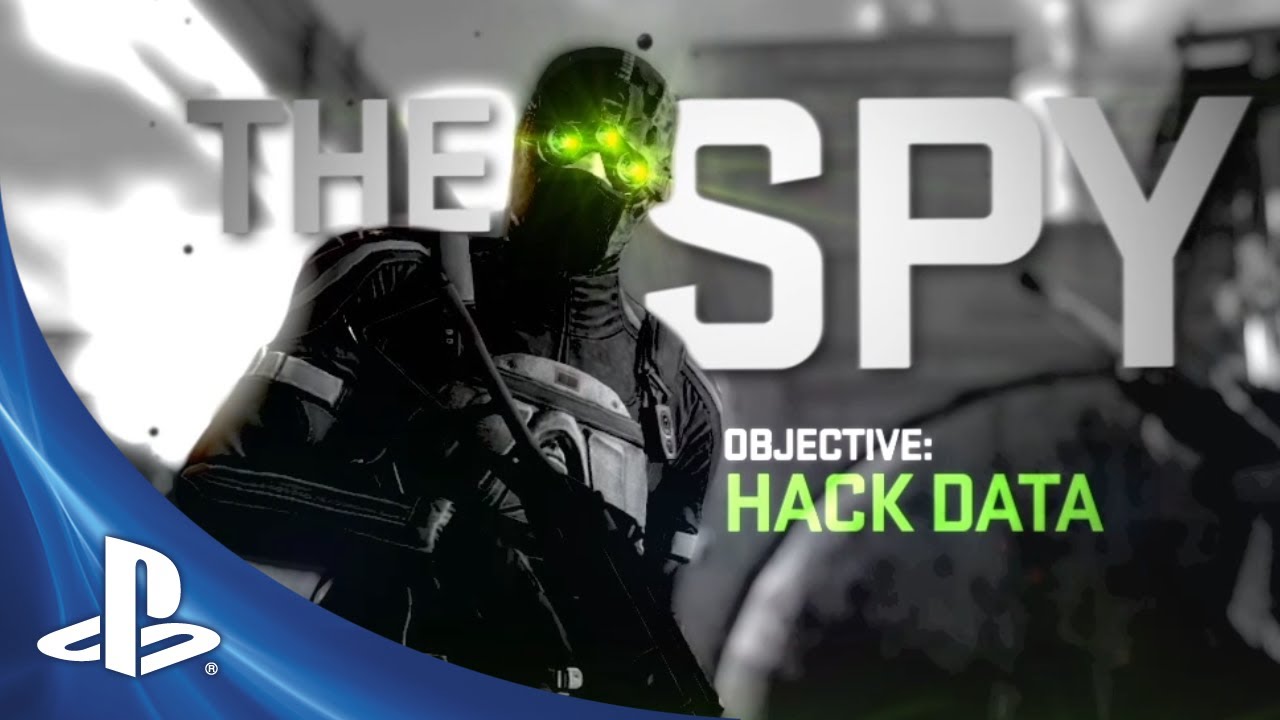 It feels so good to be back on PlayStation.Blog! Whether you got a chance to check out our Spies vs. Mercs trailer or not, we’re bringing some deeper insight (and a live Q&A to follow) into what we’re working with in Splinter Cell Blacklist’s multiplayer experience.

First off, if you’re not familiar with Spies vs. Mercs, I will say one thing: It is an experience like no other. Either you’re playing as a Spy in third-person perspective, trying to remain undetected and hack terminals while being quick, agile, and deadly in shadows; or you’re the Merc, in first-person perspective, a brute force with unmatched weaponry who’s trying to defend the data from the infiltrators.

One of the cool aspects of Spies vs. Mercs in Blacklist is that you will be playing both sides before a game is done. There’s a very applicable quote from “The Art of War” (by Sun Tzu) that I like to use: “Know thyself; know thy enemy.”

By that, I mean that you can’t truly master the Spy until you fully understand how to eliminate one. The same thing goes for playing as (and neutralizing) the Merc. A game of Spies vs. Mercs isn’t done until you play as both classes — which also helps prevent the ‘rage quit’ (added bonus!). Two VERY different games, played in VERY different ways. ‘Classic’ is a mode that was designed specifically for our fans. Gunther Galipot was the creator of the original concept of Spies vs. Mercs from Pandora Tomorrow. He’s returned for Blacklist as a Game Director, and he’s bringing his baby back just like it was in PT and Chaos Theory.

It’s 2v2… and very much an intense game of ‘cat and mouse’ meets ‘hide and seek,’ in which you and your partner need to be in constant communication to outsmart your opponent(s). Spies have no lethal weapons, and rely on vertical navigation, shadows, night vision goggles, and smarts. The Mercs have heavy weaponry, a flashlight to track the Spies, their own set of tools, and force… but also need to play intelligently, themselves.

What you can’t see is your greatest threat.

It’s also worth mentioning that the maps played in Classic are lit differently, to further push the core elements of light and shadow.

Spies vs. Mercs ‘Blacklist’ is a new and refreshing take on the original Splinter Cell multiplayer experience. It supports a maximum of eight players (4v4) and, while many core principals return, there’s an incredible amount of customization that comes into play.

It’s really all about creating your own playstyle. You can do so by configuring loadouts with different weapons, gadgets, vision modes, and armor parts with both active and passive abilities – which are specific to each of the sides.

Spies now have access to lethal weapons and gadgets – adding an entirely new dynamic to Spies vs. Mercs. Despite the uptick in speed and pacing, strategy and teamwork remain at the heart of the gameplay.

There’s SO much to obviously talk about with Spies vs. Mercs (both Classic and Blacklist), and there’s still more to reveal down the line…

…but for now, what’s on your mind? I’ll be here for an hour to take your questions.
HIT ME UP, PLAYSTATION.BLOG!