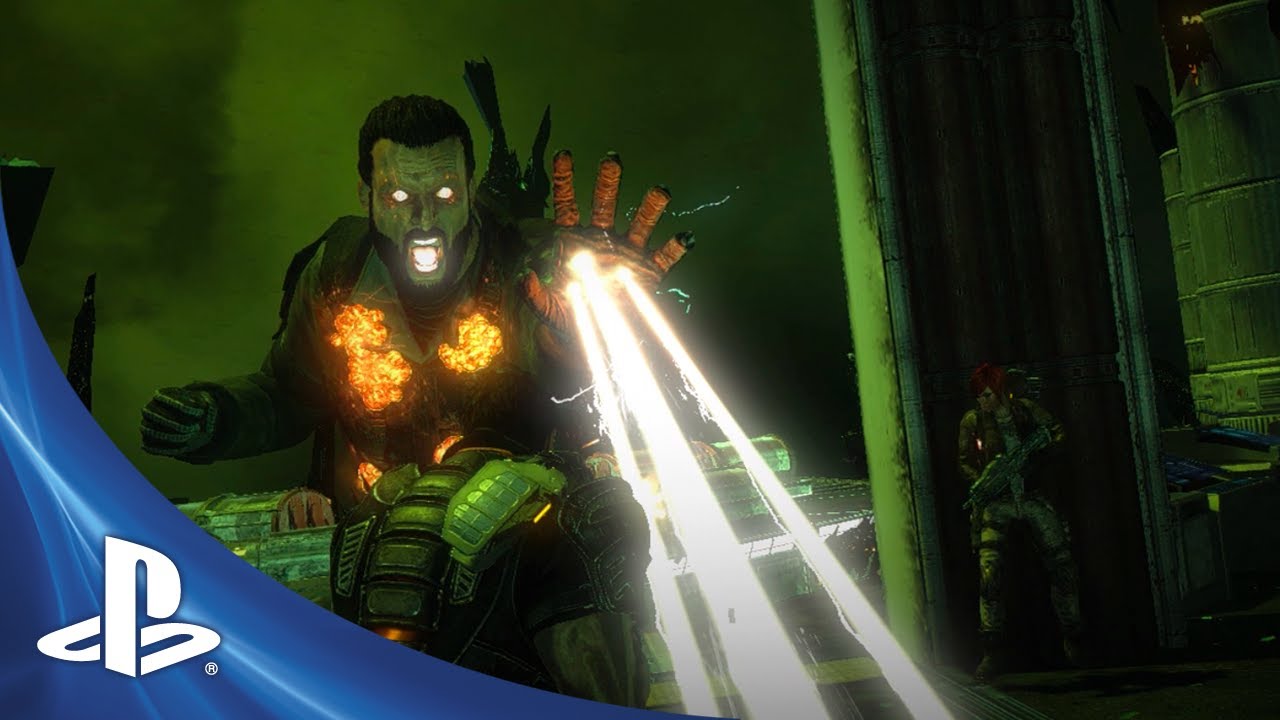 We’ve been working on Fuse, our first new console game IP since Resistance: Fall of Man, for several years now. The wait is almost over — Fuse launches May 28th on PlayStation 3. For an early taste of Fuse, grab the demo — it launches on PSN next Tuesday.

The demo will allow you to experience lethal teamwork with up to three friends online (or 2-player split-screen). Overstrike 9 has tracked the stolen Fuse source to a remote Raven base in Pakistan’s snowy Karakoram Mountains. The team must stop rogue group Raven from carrying out its horrific plan to form a new world order. The section of the demo comes from around the halfway point of the game, so we’ve powered up the four characters a bit to give you a sample of all their capabilities (and you can level them up further!)

Now, some of you may be asking, what is this game? We’d like to say Fuse is what you’d get if you took the dry humor and lethal teamwork from Mission Impossible: Ghost Protocol and combined it with the alien weaponry from District 9. It’s a uniquely Insomniac universe, one where villains occupy strongholds in exotic locations around the world and a volatile alien substance powers weapons you won’t see in any other game.

The game stars four unique class-based operatives – Dalton Brooks, Izzy Sinclair, Jacob Kimble and Naya Deveraux, who each have their own special weapon, skill tree and progression. With 1-to-4 player drop-in-drop-out online co-op (and 2-player split-screen!), the game is awesome to play with friends. But if you like to play alone, we have a unique feature called LEAP, which gives you the ability to jump between your characters at will and experience four different ways to play the game.

Besides the campaign, the game also features Echelon mode. This is our take on a wave-based mode. Each game is comprised of 12 rounds of randomized objectives, designed to test your agents and teamwork skills. Even better: Fuse’s progression system carries over between the campaign and Echelon mode.

Don’t take my word for it, check out our latest trailer at the top of this post — and keep an eye out for a new trailer from the demo next week! Download the Fuse demo next week and let us know what you think. Also keep an eye on the Insomniac twitter account and Facebook page, as we will be having specific playtimes where developers here jump online to play Fuse with you!

If you have any questions, I’ll do my best to answer as many as possible.