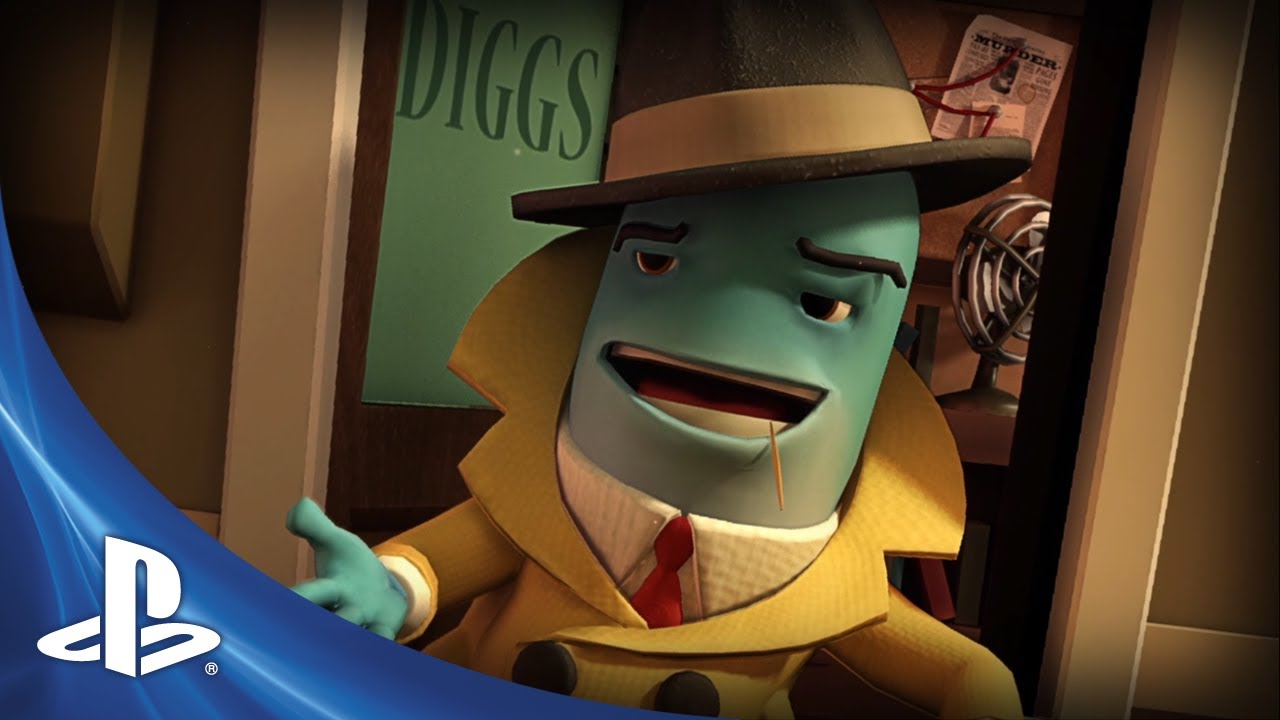 Today, we get to know our hero: Diggs Nightcrawler, a bookworm private detective from Library City. Diggs is stoic, a dyed-in-the-wool character whose external cool is challenged mere moments after the player opens their Wonderbook and arrives in his office.

He’s always worked alone, and that’s done him just fine… until now. As the new sleuth on the case, players will need to earn Digg’s trust through the course of the adventure, and as circumstances conspire against him, he’ll rely more and more on their help. Working in tandem, Diggs and the player will collaborate to solve the mystery of who bumped Humpty from his wall and strive to restore harmony to Library City.

Creating a truly narrative-driven game presented some unique challenges. The story, characters and world were crafted specifically with Wonderbook in mind. We knew from day one that we could use the PlayStation Eye camera to put the player into the same physical space as the game characters, and that the player would then have control over the game world by manipulating Wonderbook. This yielded a natural division of special skills between Diggs and the player, which we used as a foundation for gameplay – Diggs and the player working together to progress. As an autonomous character, our golden rule was that the player would never directly control Diggs. Likewise, we avoided any interaction that would undermine Diggs’ character – after all he’s a great detective and the player (at least at the start of the game) is new to the business!

With these rules in mind, the story and gameplay were developed in tandem. We started from the key story beats – ‘Diggs meets player’, ‘Diggs chases villain’, ‘Diggs gets framed for Humpty’s murder’ – and so on. In each case we then challenged the beat for gameplay potential, asking what the player could do, what Diggs could do, where it would take place and how the environment could be constructed on the Wonderbook. Oftentimes we’d reject story beats which gave little gameplay opportunity and gameplay ideas which conflicted with the story or characters. The result? The story and gameplay are so tightly interwoven that there are no inconsequential interactions, and everything that the player does drives the story forward.

If you’ve ever wanted a starring role alongside a great detective (imagine being a Watson to Diggs’ Holmes), keep your eyes peeled for more Diggs Nightcrawler updates to come!