Thomas Was Alone: Out Today on PS3, PS Vita With DLC 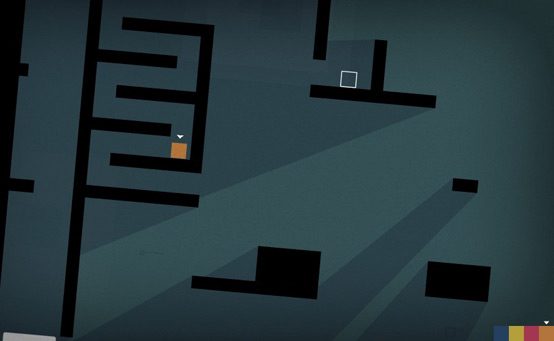 A game which began as a Flash game made over a weekend because my girlfriend was away and I was a bit bored, is today coming out on PS3 and PS Vita via PSN and PS+.

That last sentence was a bit of a mouthful. I apologize.

Thomas Was Alone is a game about friendship and jumping. As you can see from the images and videos no doubt littered amongst this post, it is also very much about rectangles. If you’ve got PlayStation Plus and you’re in the US, you’ll get 20% off the game for a limited time, because of the Spring Fever sale. Which is awesome. Daffodils rock.

This version will also give you first access to some new stuff. There’s a new DLC episode which tells the story of Benjamin, a new square with a jetpack and big ideas, and a commentary mode in the main game where you can listen to me going on and on about how clever I was putting the game together.

It’s spellbinding. I’m listening to it as I write this, because I’m on a train and it’s either that or Bowie’s new album, which I’ve listened to twice. You should really listen to Bowie’s album too. I’m not here to plug that though, so I will move on.

I’d very much like to take this opportunity to thank Curve Studios, who made this version of the game. They did a great job, and it plays really nicely. They are better coders than I am. I’d also like to thank Bossa for doing an awesome job of getting the word out.

And once more thank you, Sony. Sony is a mega corporation; a big goliath of awesome tech and excellent button iconography. And for some reason, known best to themselves, they decided they wanted to let us indies play with their toys. Thomas is one of a massive wave of upcoming indie titles, which I hope will find whole new audiences. If you’ve never played an indie game before, take a chance on one of these games (not necessarily mine, obviously). We’d like to give you the opportunity to play slightly, well, differently.

I can’t wait to see what you guys think of our little game.