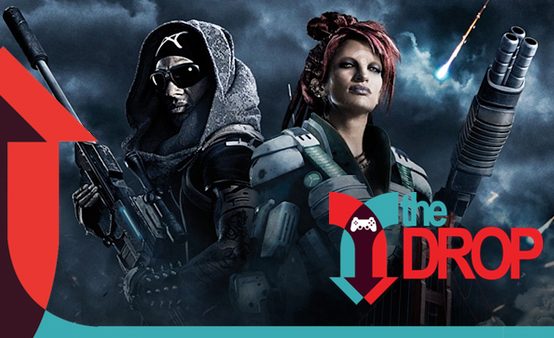 Join a futuristic online open-world shooter where thousands of players scour a transformed Earth competing for alien technology. Create a unique character and level up with diverse customization options. Hunt alone or with others as you improve your skills and unlock powerful modern and alien weapons that will help you survive the massive battles that await in this constantly evolving online world.

Immerse yourself in the world of Defiance as the game impacts, and is impacted by, the Defiance TV series on this week’s The Drop.

(Also on PSN) — The visionary open-world shooter MMOG Defiance serves as a companion to the tandem television show on Syfy. In an entertainment first, the game and show will influence and depend on each other, and even feature some players’ characters on the TV shows as extras.

Set on a future Earth, Defiance introduces players and viewers to a world where humans and aliens live together on a planet transformed by decades of conflict. The game combines the intense action of a ‘AAA’ console shooter, with the persistence, scale, and customization of an MMO, while its TV counterpart weaves the rich tapestry of the world into a series with the scope, characters, and drama of a classic sci-fi epic. Because they exist in a single universe, the show and the game will influence each other and evolve together over time, with actions in both mediums driving the overall story of Defiance.

Ion Assault HD — In 2183 humanity discovers an energy source that facilitates travel into new regions of space. Gigantic mother ships collect the newly discovered fuel from the distant energy fields and transport it to Earth. When the fleet is destroyed in an alien attack, the player sets out on a perilous journey home in a small harvester.

In Ion Assault, instead of conventional weapons, players use the free energy particles that are abundant in space to fend off swarms of aliens. The particles are bundled and the player is able to shoot them at asteroids and enemy ships. The particles are not destroyed in this process, but are redistributed in space, ready to be magnetically attracted again and re-used. Their random distribution makes for dynamic gameplay and calls for a more strategic approach.

Grand Theft Auto: Liberty City Stories — There are a million stories in Liberty City. This one changes everything. Once a trusted wise guy in the Leone crime family, Toni Cipriani was forced into hiding after killing a made man. Now he’s back and it’s time for things to be put right. Forced to fight for his life in an odyssey that will shake Liberty City to its foundations, Toni must use any means necessary to secure his place in the leadership of the Leone family in a town up for grabs.