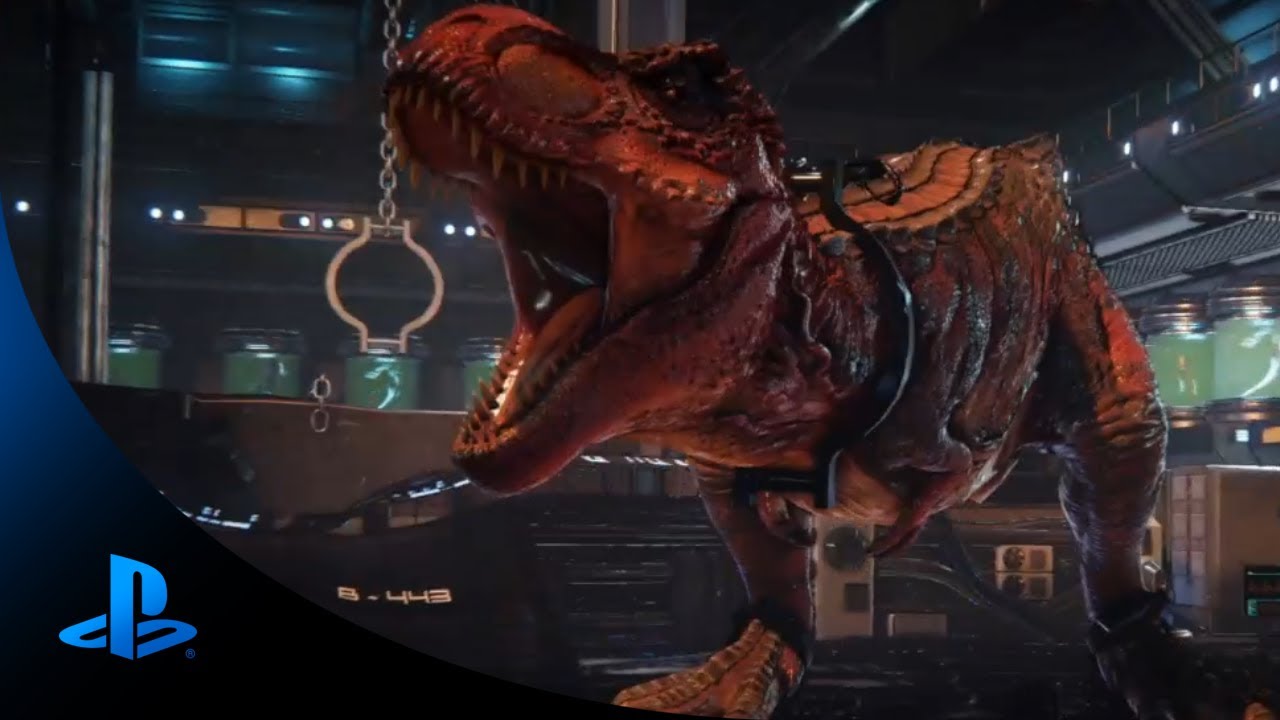 At some point, everyone has wondered about what it was like to walk among the dinosaurs. We were wondering that for ourselves, so we’ve set out to develop Primal Carnage: Genesis. What better way is there to realize that dream than a new generation of PlayStation hardware to drive an incredible immersive experience?

From towering behemoths like the brachiosaurus and the tyrannosaurus rex to smaller creatures like the velociraptor and the dilophosaurus, there is no doubt that there is something magical about the creatures of the prehistoric world. In order to capture that magic in real time, we used Unreal Engine 4 as our software platform of choice. As the gameplay itself will feature a mix of linear gameplay and open-world exploration from a first-person human perspective, next-generation rendering is key to selling the lush island environment and suspending the disbelief that these dinosaurs aren’t actually, well, real.

In the early stages of development, it became clear that we wanted Primal Carnage: Genesis to champion an immersive story driven experience. How do we tell that story? We looked into several different storytelling methods and happened upon the episodic approach. It was a difficult decision for us, given the relative newness of episodic storytelling.

Ultimately, the episodic method ended up being the clear victor due to the versatile nature of creating a story episode by episode. It allows us a lot of wiggle room, because one unique advantage of the episodic model is the ability for player feedback from the first episode to affect the development of the following episodes. Do players want to see more of a certain mechanic? Maybe people didn’t like playing a certain segment of the game, thus steering our focus elsewhere.

We hope you enjoyed getting a sneak peak of Primal Carnage: Genesis. We’d love to hear what you think, so drop us a comment below! Keep an eye out on the Playstation blog for more updates from us. We will have a lot more to talk about in the future as development continues.