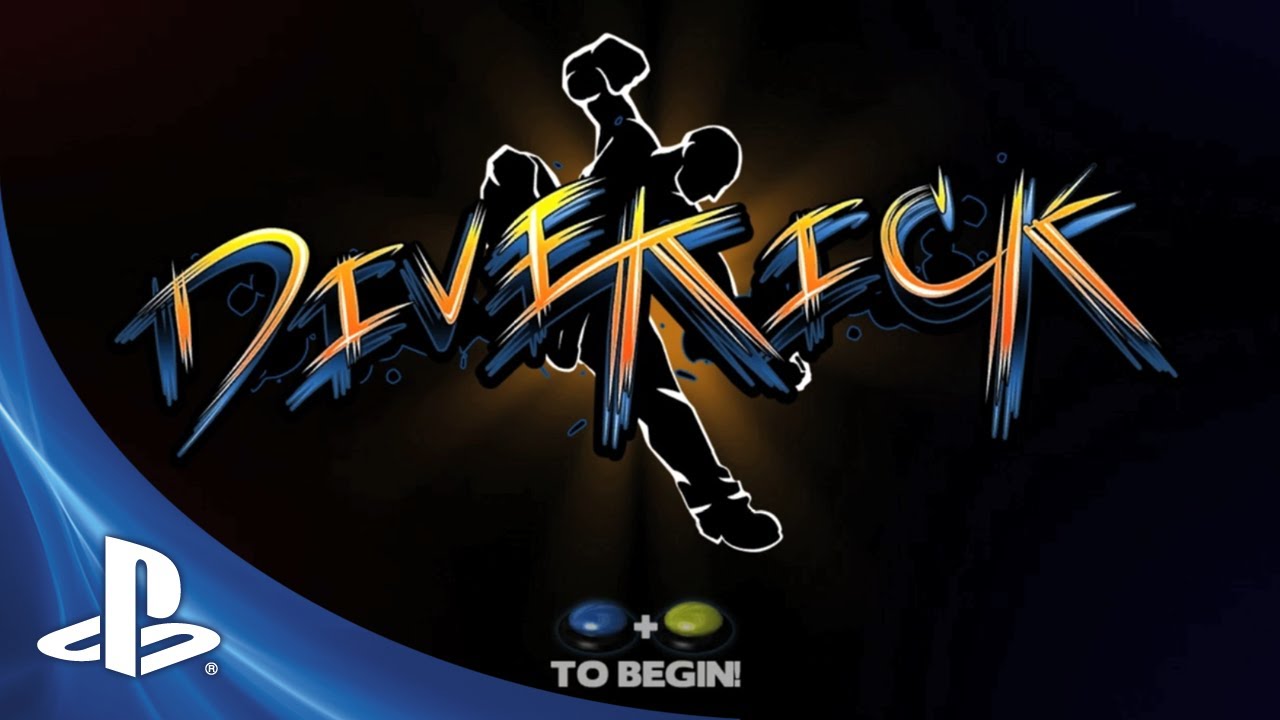 Divekick began as a late night joke. I asked aloud to my friend Stephen, “What if there was a game called Divekick, and the characters were Dive and Kick, and the buttons were Dive and Kick?” He shot up and proudly announced to me that he could make such a game, and by morning we had a design document and we were ready to start. I didn’t know it when I made the joke, but Stephen apparently knows enough to code a game!

As we developed the prototype, it became clear that this game was a great tool to clearly explain how deep a single move can really be, and that the high-stress, high-tension gameplay was keeping our test groups hooked. We couldn’t get rid of them! We would invite a test group in for a four-hour session, and after fourteen hours they’d still be there laughing and raging at each other.

I’m so excited to finally show what we’ve been working on to the public. You just really have to try it for yourself to understand what it is all about! We’ve been playing it every day in serious competition in the Iron Galaxy office after lunch for six months now. As our players’ skill increases, and the number of mistakes they make goes down, the thing I love most about Divekick really shows: The game is purely about outsmarting someone and enforcing your will upon them. This skill is core to the fighting genre, but because we’ve peeled away the execution and memorization barriers that bog down other fighting titles, a huge number of players in the office have become very skilled and very threatening.

So how does it work? Gameplay is simple, and there are quite a few things going on that strategic players will want to be aware of. You have just two buttons. Dive (into the air) makes you jump straight up. The Kick button causes you to fly foot first at a downward angle. If you press Kick on the ground, you can jump away from your opponent. The first hit wins the round, and the player that wins five rounds first wins the game. It’s pure adrenaline, awareness, and outsmarting your enemy.

As you attack, you’ll fill your Kick meter. (Every fighting game needs a meter, right?) If you top it off, you’ll enter “Kick Factor” and become much faster than before. Don’t get hit in the head, however, because if you do you’ll be given a concussion. Concussed players lose their entire Kick meter and move much slower at the start of the next round. Each character also has two unique techniques: One can be performed on the ground and one in the air. You perform these by building enough Kick Meter and pressing both buttons at the same time. If time runs out, the player who can hold his position closest to the center of the stage will win the round by decision.

Thanks for reading about our crazy fighting game. We have plenty more stuff that we’ll reveal closer the PSN launch this Summer. We hope you’ll gather up your friends and give it a go!