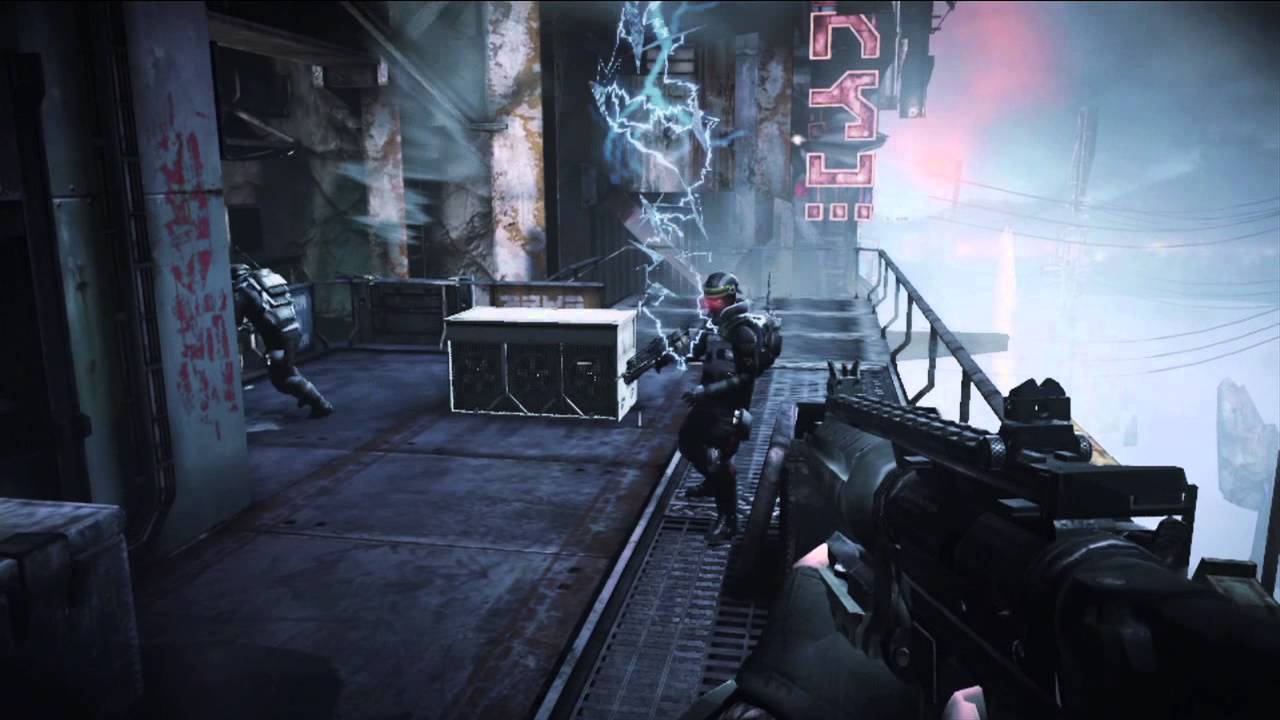 Not long ago the US and European press got its first hands-on experiences with Killzone: Mercenary, Guerrilla Games Cambridge’s upcoming PS Vita shooter. Despite gracing Vita’s portable screen, the team behind Mercenary is hellbent on providing a full FPS experience with all the trimmings. Come September, you’ll get a full nine-mission story-driven campaign, an eight-player competitive multiplayer mode, and a collection of bonus challenge missions.

Watch our new video to get the inside story straight from Art Director Tom Jones.

Much has already been said concerning Killzone: Mercenary’s graphical fidelity, but I’ll add my voice to the choir: This is one fine, fine-looking game. Because Mercenary runs on a modified version of the Killzone 3 rendering engine, you’ll see modern niceties such as volumetric lighting and smoke, high-res environment textures, gleaming metal and realistic-looking shadows. None of this would be out of place for a modern PS3 shooter, but portable gaming rarely sees this level of extreme graphical detail. Screenshots and internet videos only tell part of the story — just wait until you see this puppy in action on Vita’s 5’’ OLED screen.

Of course, the series’ bedrock shooting mechanics have made the leap fully intact thanks to PS Vita’s dual analog sticks. Actually, Mercenary’s refined damage model means that its weapons feel slightly more powerful, a satisfying tweak that enabled me to drop enemies a bit more quickly than in the PS3 games. Killzone 3’s savage melee attacks have also made the cut, and they benefit from PS Vita’s front touchscreen as you swipe one of several directions to gouge out eyes, break necks, and slit throats. Meanwhile, the rear touchpad takes over sprinting duties with a quick double tap. The VAN-Guard is the most high-profile addition to Killzone’s lethal arsenal, and it adds new gameplay wrinkles to the campaign and multiplayer modes. The VAN-Guard is a wrist-mounted murder assistant that enables you to deploy a head-stabbing Mantis drone, guided Porcupine missiles, or a Sky Fury ion cannon bombardment with a tap or two on PS Vita’s front touchscreen. Because your VAN-Guard slowly recharges between uses, it doesn’t necessarily favor the most skilled players in a multiplayer match the way traditional Killstreaks can. Based on my time with multiplayer, I found it served as more of a leveling influence, keeping the rookies in the game and the most skilled players on their toes.

Money talks in Mercenary, and you’ll collect a bit every time you complete an objective, pick up an ammo clip, or slay an opponent — bonus cash for creative kills! Build up a large enough pool and you’ll be able to purchase new guns, VAN-Guard abilities, and armor mid-mission from crates left by a shady weapons dealer named Blackjack. And you’ll want every credit you can find: Based on what I experienced, Mercenary has the series’ biggest weapon loadout yet, from medium-range battle rifles and stealth SMGs, to shotguns, pistols and much more. What’s more, Mercenary’s large weapon loadout accommodates a wider variety of play styles than in past Killzone games, from stealthy sniping to close-range brawling. Multiplayer is a definite focus for Mercenary, and Guerrilla Games Cambridge is upping the ante to keep the Killzone community playing long after the game’s September launch. The game will ship with three multiplayer modes — so far, only the venerable Team Deathmatch is confimed — and an integrated stat-tracking system will post your results to Killzone.com daily. There’s also a collection game built around Valor cards that you can loot from particularly tough multiplayer opponents; completing the full deck could earn you a slice of Internet fame.

Killzone: Mercenary assaults PS Vita on September 17th in North America. If you have questions on the gameplay, leave them in the comments!