God of War: Ascension: Trial of the Gods Revealed 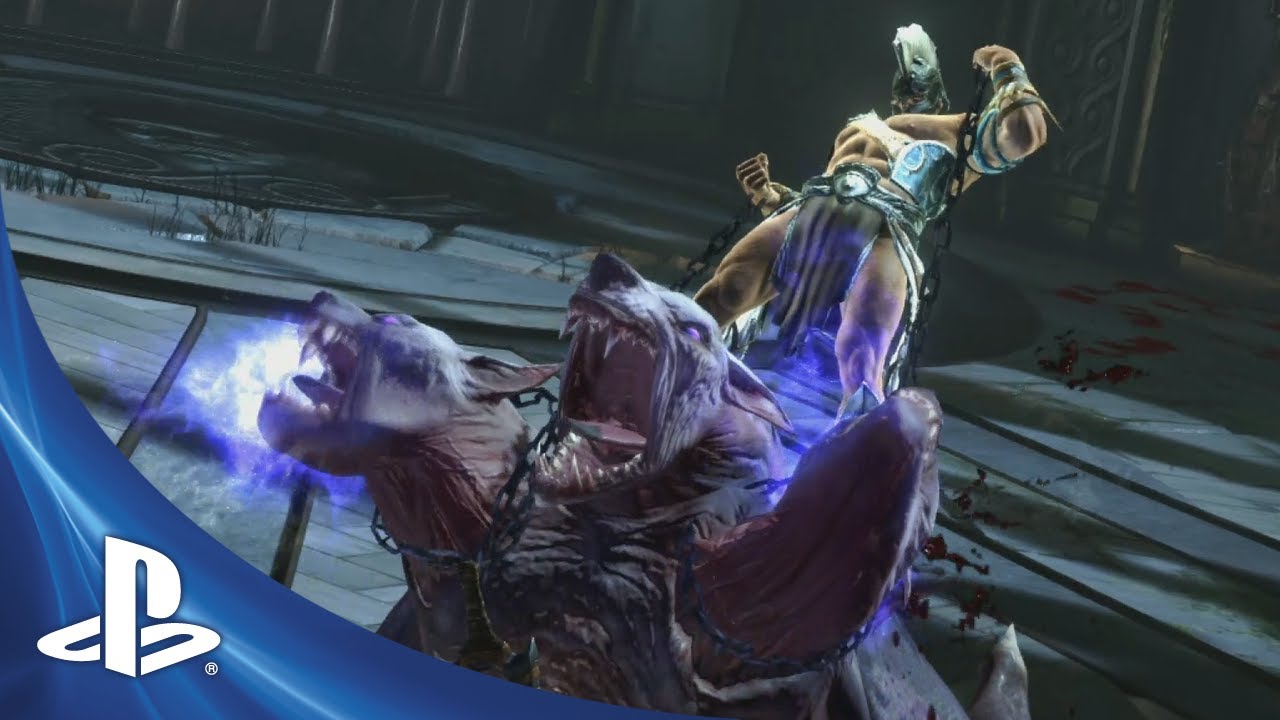 With less than a week until God of War: Ascension launches, it’s time to drop the curtain on our fourth Multiplayer mode, Trial of the Gods, and our next God allegiance reveal — the Lord of the Sea, Poseidon.

In Trial of the Gods, the first two-player God of War co-op time trial mode, you and a friend will tag-team with your Champions to face five increasingly hard waves of mythological beasts, whilst surviving against the hourglass of Olympus.

Over 15 types of enemies await you, including Satyrs, Cerberuses, Cyclopes, Gorgons, Juggernauts, and more deadly creatures. You will start with a set amount of time on the clock, and win time back with every beast you slay. Decimate a wave and you will be granted a Bonus Time Tiered Award (gold, silver, or bronze) based on how fast you cleared the wave. If you die or run out of time, you’ll have to start over again. If you reach the end of the fifth round, an epic boss awaits.

At launch, Trial of the Gods will be available in the following maps: Desert of Lost Souls, Forum of Hercules, and Rotunda of Olympus, with more arenas planned for later!

What happens if you don’t have a friend to play co-op with, or you don’t want to team up with a stranger? No worries — you can play Trial of the Gods solo too! God of the Sea and brother to Zeus, Poseidon’s realm is almost as great as the sky itself, and his power is second only to Zeus because of it. Poseidon grants his loyal sentinels unique support capabilities: a large pool of health, the ability to fortify allies, and command over water and ice.

Unleash freezing attacks to obliterate an enemy’s defense and agility or boost your own team’s elemental defense and health. The wise warrior knows how to control a large area of space and can keep multiple enemies at a distance. For more on aligning with Lord Poseidon, check out his strategic profile in our God section at GodofWar.com.

Finally, if you have yet to pre-order God of War: Ascension, this video may put you over the edge. For the first time ever, King Leonidas will be brought to life in God of War: Ascension Multiplayer as depicted by Gerard Butler in “300”. If you pre-order either the standard or Collector’s Edtion, exclusively at Gamestop, you will receive a voucher to access history’s most heroic Spartan.

Whether you pre-order at Gamestop, or any retailer supporting our programs (such as Best Buy or Amazon), you will also receive our Mythological Heroes Pack. You will adorn the armor of four of the most legendary heroes in Greek Mythology – Perseus, Orion, Odysseus, and Achilles.

Click here to check out the Mythological Heroes gameplay trailer, then pre-order in the final hours you have left to ensure you get this content!