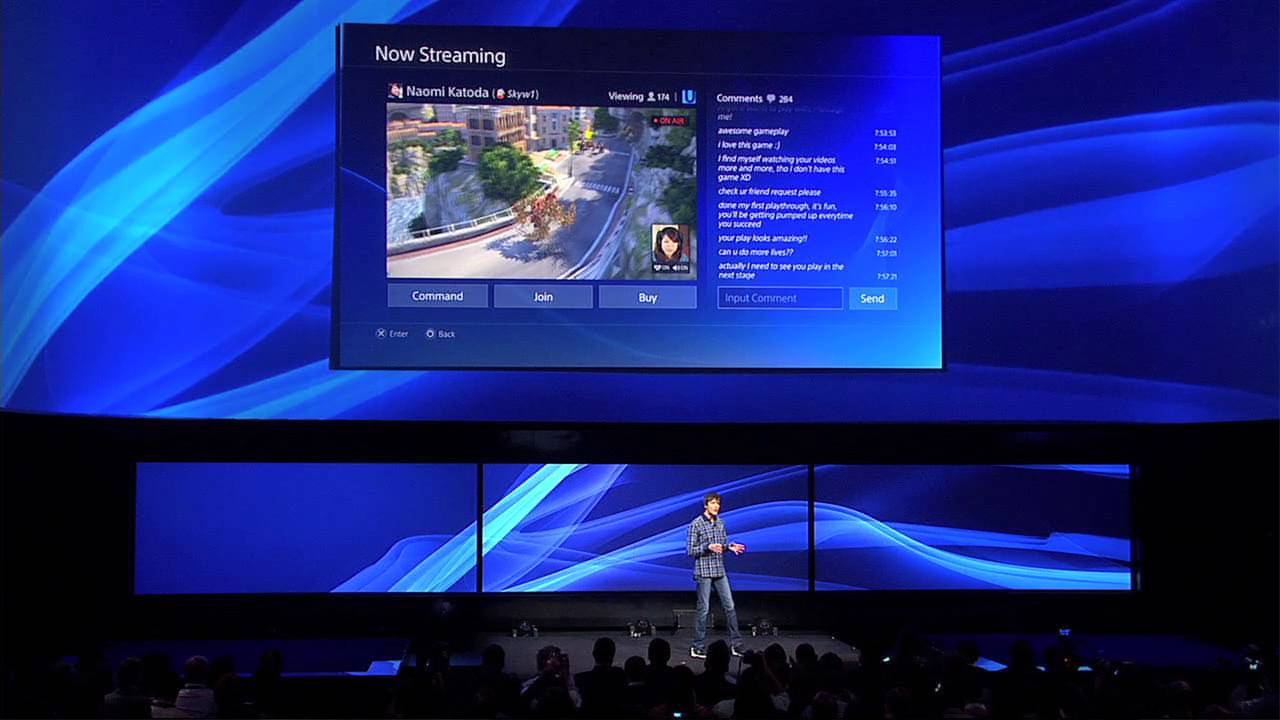 One week ago, PlayStation 4 was announced in New York City in a presentation watched by more than 15 million people. We met the new DualShock 4 controller, soaked up some impressive hardware specs and services, and saw a barrage of upcoming PS4 games — from inFAMOUS: Second Son to Bungie’s new title Destiny.

During the presentation, Lead System Architect Mark Cerny remarked that PS4 was made “by game creators, for game creators.” To test that theory, we met with two of PlayStation’s top game creators, SCE Worldｗide Studios President Shuhei Yoshida and SCE Worldwide Studios Senior Vice President Scott Rohde, to see which of PS4’s new features has them most inspired.