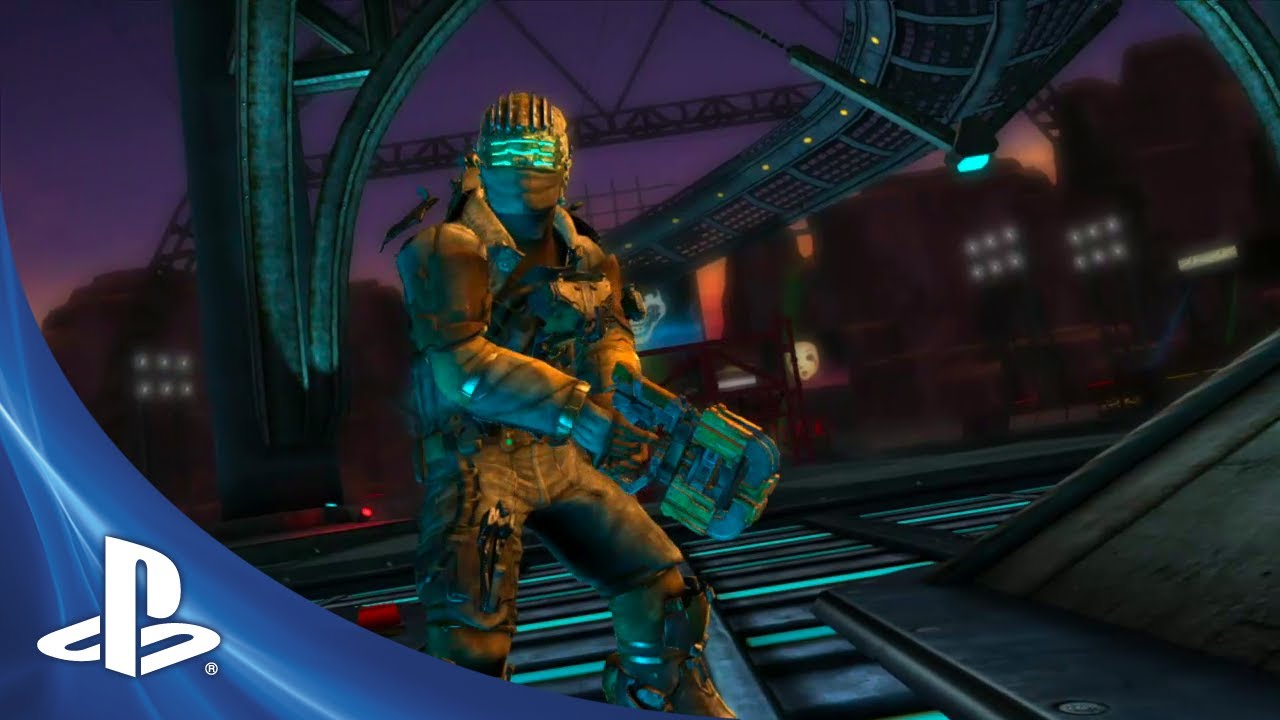 Happy to be back to tell you about some new surprises from PlayStation All-Stars Battle Royale. More costumes? More minions? Well, okay, yes. But also more new characters!

Our newest challengers are Isaac Clarke from Electronic Arts’ Dead Space, and Zeus from… well, from some of the foundational myths of Western society, but also from a little PlayStation game you might know called God of War by SCEA Santa Monica Studio.

How did these two emerge as All-Stars from the vast PlayStation multiverse? Synchronicity. We were talking with some friends over at EA who were hard at work on Dead Space 3, and with a lot of Dead Space fans on our team and all the cool tools at Isaac’s disposal, some quick concepts emerged and we knew he’d be a great addition. We’ve also wanted to add another “heavy,” hard-hitting character into All-Stars (Big Daddy was getting lonely), and with all the work on God of War: Ascension around Sony Santa Monica, Zeus emerged as a perfect fit.

As you might remember, Zeus is kind of an arrogant jerk, but one thing you can say for him is that he does not mess around. As King of the Gods, he’s a big guy, used to getting his way, and he hits HARD. Of course he’s got some cool combos, but his primary offense is centered around fewer, but more powerful strikes that generate a ton of AP and send enemies flying. He can power up virtually all of his attacks into a “charged” version with all kinds of new effects, giving him one of the biggest move lists in the game. Super-armored rushing punches, a clone move, teleports, and lightning bolts–lots and lots of lightning bolts. Your best bet against Zeus is to stay on his good side (aka behind him), or far away.

His level 1 is a giant Lightning Clap that lacks range but has a great area of effect. Level 2 lets Zeus take to the skies and fly anywhere before exploding in a deadly lightning storm. His level 3 “Wrath of Zeus” takes you to Olympus to fight a godlike 100-foot tall Zeus, and in true boss-fight form, he can wipe out half the screen with a single strike.

Through a combination of playtesting and staying true to his original series, Isaac emerged over the course of development as a strong mid-range fighter using the unique weapons and Kinesis/Stasis abilities you’ll recognize from the Dead Space series (think somewhere between Drake and Jak, with a lot of twists). He has some very interesting long-range options (the Bouncing Bola acts like sniper rifle that bounces off of walls, getting more powerful with each bounce) and he’s got some great moves up close, but just as in Dead Space, he’s at his best keeping foes safely out of his face. He can advance or retreat while firing his trusty Plasma Cutter, toss proximity mines, use Stasis attacks to freeze opponents, or spin slowly moving Ripper blades at enemies with a blast of Kinesis torque.

His level 1 super fires a supercharged stasis burst and then overloads his Plasma Cutter, which can be aimed anywhere, even at very long range. His level 2 super overloads his Kinesis module creating a bubble that launches nearby enemies away at “terminal” velocity, and Isaac’s level 3 takes you into space where he blows the airlock, sucking everyone into space for a quick game of something like “Asteroids” where Isaac flies around blasting opponents and space debris into dust.

Finally, what better to welcome new characters than with a new stage? The new “Graveyard” level mashes up MediEvil‘s Graveyard opening with… The Unfinished Swan. While we start in recognizable MediEvil territory (complete with pop-up zombies and a wisecracking gargoyle), the “Swan” elements are shown off with a mid-match whiteout and ink splatters that slowly reveal the emerging structures. There are lots of little Swan touches throughout the stage, from the hidden labyrinth, to a balloon, the King, and of course the Unfinished Swan itself makes a cameo.

So how do All-Stars fans get their hands on the new stuff? The new DLC pack hits the PlayStation Store on March 19th. As before with the recently released “Fearless” stage, the new “Graveyard” stage will be free in online ranked matches and $1.99 if you want to own it. As for Zeus and Isaac, I’m very happy to announce they will come to North America FREE as a redeemable downloadable voucher code packed in with the new God of War: Ascension, which launches on March 12th. When Zeus and Isaac Clarke go live in All-Stars on March 19th (one week later), you can use your code to redeem them any time after they are live. For anybody who doesn’t pick up God of War: Ascension (but of course that’s only crazy people–it’s got what I think is the most epic final battle in the series’ history), the characters will also be for sale in the PSN Store for $4.99 each.

I’ll have some more details coming on the new challengers in the coming weeks — until then, see you online!