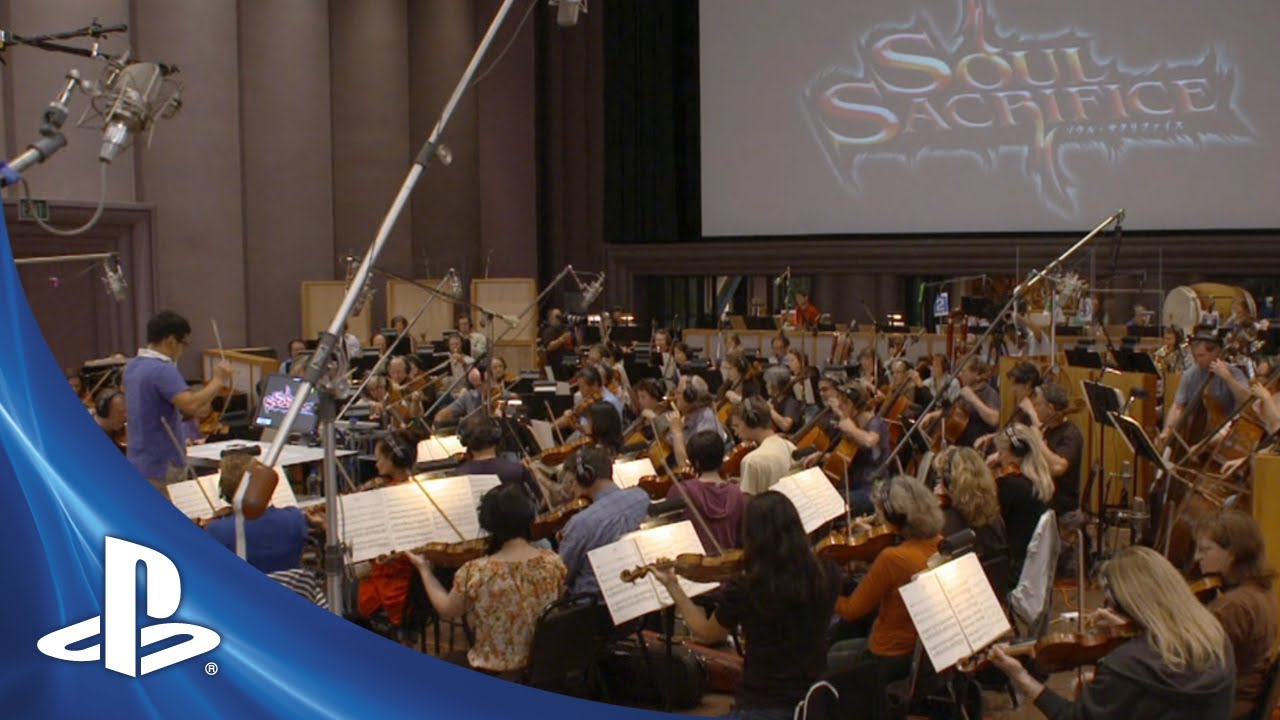 Soul Sacrifice is, as its name suggests, a game that asks the player to make an ultimate decision. It happens every time you defeat an enemy, actually — a choice to either save the enemy’s soul, or sacrifice it for your own gain. How you customize your character in this regard is crucial, since you’re going to go up against some very large enemies. That scale, and the importance of making the player truly feel it, is at the heart of this piece from composer Wataru Hokoyama:

“An unbelievably gigantic enemy appears before you. For this piece, I focused on bringing out the full potential of a full scale orchestra by using bold orchestration to depict the immeasurable sense of scale of the enemy’s size and power. I hope the score will make the players feel like, “there is no way I can beat an enemy with this kind of scale.”

Because there are gigantic, powerful enemies, it’s important to build your character’s stats and levels. Your decision of saving or sacrificing will affect what type of character you want to build.

If you decide to Save, you will share a portion of your health with the enemy or ally in order to help them recover. If you choose to Sacrifice, you will gain access to a powerful spell.

We know fans are eager for in-game footage of the content above, and of the many other exciting features Soul Sacrifice has to offer. Keep checking the blog; there’s plenty more to come! Soul Sacrifice for PlayStation Vita comes to North America on April 30th!