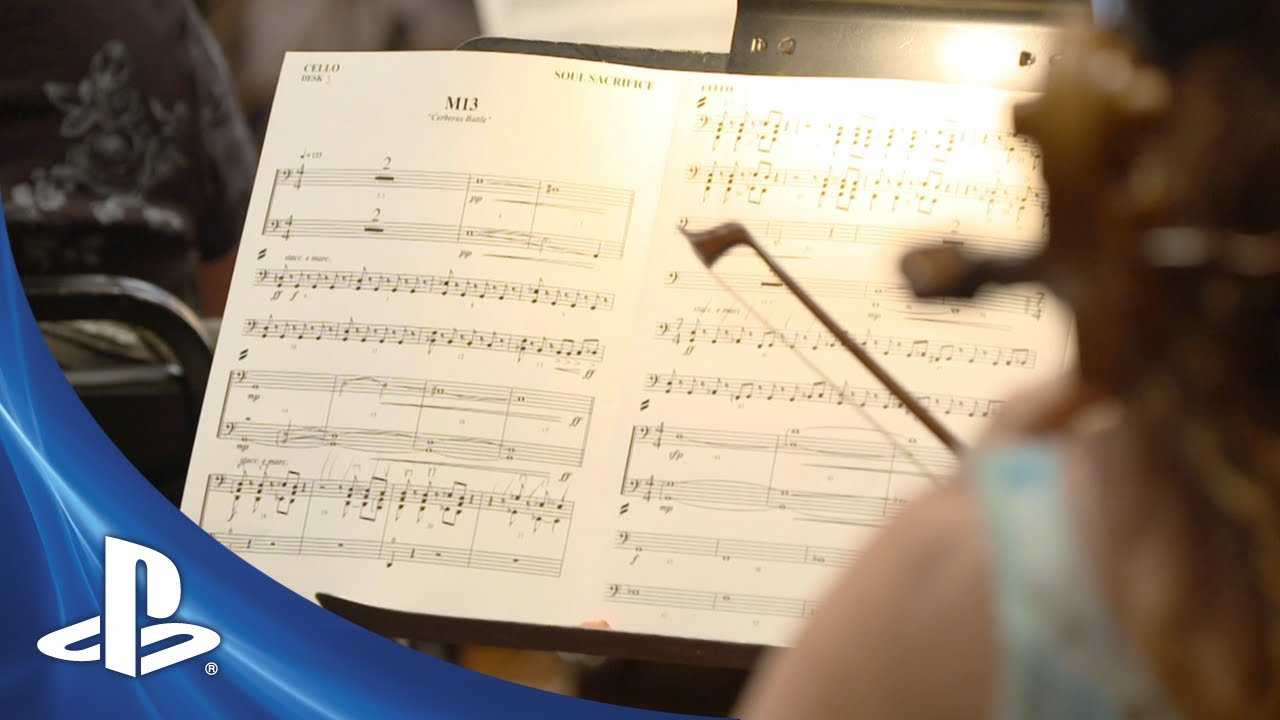 Back in December, we released a sneak-peek of the Skywalker Sound soundtrack recording video for Soul Sacrifice. As mentioned, the game’s soundtrack is composed by Yasunori Mitsuda and Wataru Hokoyama, two of the most recognized composers in the industry. Today. I’m excited to share a video introducing one of the scores Mitsuda-san composed:

Mitsuda-san was kind enough to provide us the following accompanying message:

“This was the very first battle music I composed, and I focused on making sure it fit the fighting theme of Soul Sacrifice. The battle style in this game is different from traditional RPGs and action games where the battles are not instantaneous, but rather extensive and you fight for a longer period of time. Within those battles, you will face all sorts of situations where you can have the upper hand, or be at a disadvantage. So, in order to match these dramatic sequences, I concentrated on adding many different elements to each piece in order to create an exciting musical composition. Soul Sacrifice is the type of game that will challenge you in all aspects. With that in mind, I challenged myself during the composition of the musical scores as well. I believe this game is something that people overseas, not only in Japan, will also enjoy. I hope everybody around the world will enjoy playing this game.”
keiji inafuneplaystation gamessoul sacrificeyasunori mitsuda