Venture into The Cave, Out Today on PSN 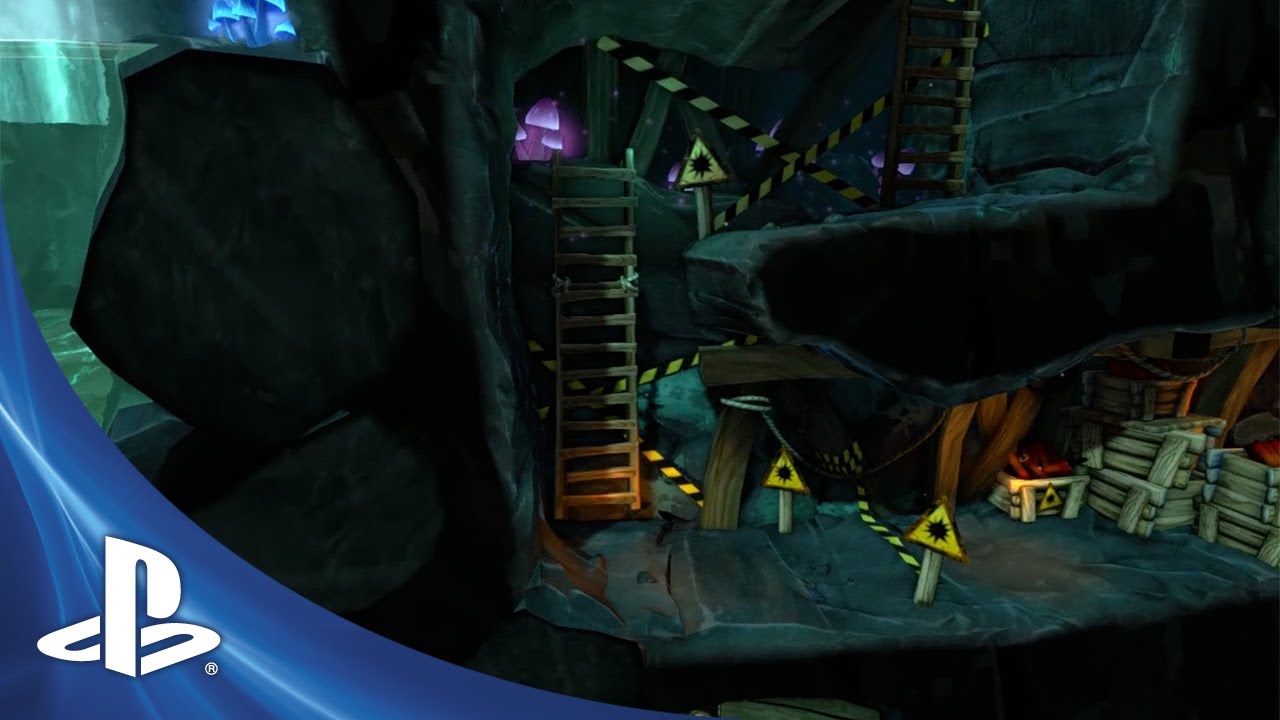 Greetings! The team here at Double Fine Productions is pleased to announce that The Cave, our latest game led by legendary adventure game designer Ron Gilbert, comes out today on PSN.

In The Cave, you’ll choose three characters – from a possible seven – to descend into the depths of an ancient and mysterious cave, each of them in search of something they desire above all else. This is no ordinary ancient and mysterious cave, however: The Cave happens to be alive, watching their every move, narrating their stories, doling out wisdom and mockery in equal measure. What could his true motive possibly be? He’s not telling. “Mysterious” just means “not telling”.

Depending on which characters you choose, you’ll puzzle your way through a Victorian mansion, a museum from the far future, a desert island, a nuclear missile silo, and much more… all buried deep within The Cave. See? We’re being mysterious too!

We’ve designed the puzzles such that one player can solve them by switching between all three characters, or you can have friends join in for two or three player local cooperative play. Each character has a unique special ability, which gives them access to new areas and puzzle solutions.

You’ll run around and jump on stuff, but make no mistake: The Cave is an adventure game in the grand old tradition of games where you steal things, make people upset, and break into places. Who doesn’t love that? Buy The Cave today and prove you are capable of love!