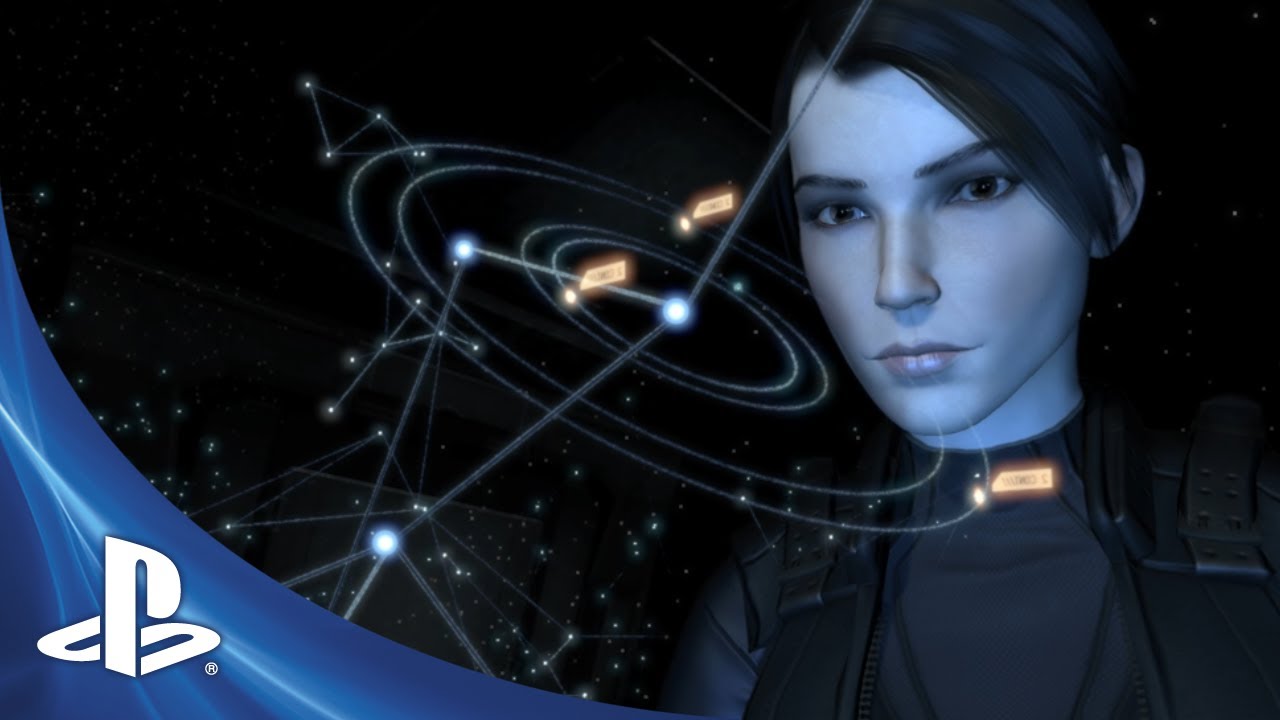 Pioneering PlayStation community! We’ve reached an exciting milestone in our development of DUST 514: the open beta. Some of you may already be familiar with the concept after having followed our dev blogs or news articles, or perhaps you have been helping us in the closed beta. But some may be hearing about this for the first time. I would like to give you guys a quick overview on the game, and the new phase of development, the open beta.

What that means is that not only is DUST a full-fledged MMOFPS in its own right, with unrivaled persistence and customization, it also coexists on the same servers as its older PC sibling, EVE Online. DUST and EVE share several game systems such as mail, text and voice chat, corporations, the in-game market and more.

Not only are the players of the two games able to communicate with each other and belong to the same social institutions, they can also interact in real time. Spaceship captains of EVE Online are able to provide real-time support in the form of orbital bombardments to the boots on the ground, the DUST 514 mercenaries, all while coordinating in a shared voice chat.

In DUST, you are an immortal clone soldier. Initially you are a mercenary, and at any point in the game you are free to choose your own path.

You accept contracts issued by warring corporations, in the process earning both ISK (Interstellar Kredits, the in-game currency) and skill points. With these earnings you purchase and upgrade skills that affect your in-game abilities, in addition to unlocking advanced equipment such as dropsuits, weapons, vehicles, modules and more.

The game features an in-depth dropsuit and vehicle customisation system that allows you to define your role on the battlefield to respond to whatever tactical situation you may encounter. Battles are fought in districts located on planets in the EVE Universe (we have about 7,000 temperate planets out of a total of 50,000). Districts are generated with modular components where the type and location of the planet are taken into consideration, the goal being to make every battle experience unique (there are literally billions of combinations).

Now, in the beginning you may limit yourself to accepting contracts from warring NPC corporations, but over time you may find like-minded individuals to group up with and form a Corporation, which is our version of a clan or guild.

As an organised corporation, you and your colleagues may decide to venture out into the great unknown and claim your own piece of territory, thereby affecting the political landscape of the New Eden universe. You might even find yourself forging alliances with EVE players, and through a combined effort, performing coordinated strikes upon your enemies.

DUST is completely free-to-play for anyone with a PS3 and can be downloaded directly from the PSN store. There are no restrictions. All features, maps, game modes, skills, dropsuits, vehicles and module groups are fully accessible, and since it’s a massive multiplayer game you’ll never run out of content; the war never ends.

While DUST 514 does offer exclusive items that must be bought with AUR credits (our microtransaction currency, purchased through the PSN store), it’s important to note that these items do not provide players with an unfair in-game advantage. Unlike most other console games, our expansions are free to download. While you can purchase AUR items for real money, in the game, you will never need to pay for a map pack. DUST is a free to play MMO that will be maintained and evolved for years to come.

DUST has been in closed beta for about a year now, with a small group of dedicated players that have given us invaluable support and assistance with their feedback and suggestions. The game has gone through an amazing transformation this past year. We’ve released multiple patches and expansions, each bringing performance improvements, new features and bug fixes. We have gone from our own small development servers to the much larger shared EVE / DUST test server (Singularity), and we’ve done countless character wipes and inventory resets along the way.

These last few weeks have seen tests of core DUST / EVE link features such as the corporation system and orbital bombardment, and a major migration of DUST from its closed test servers onto Tranquility (EVE Online’s global server).

We are now ready to open the game up to a wider audience by moving to an Open Beta. There will be no more character wipes or inventory resets. We will lift all access restrictions to our servers. Anyone with a PS3 and a PSN account can download the game, create a character and join in on the fun. We will be updating the game regularly, soliciting feedback from you on our forums, balancing and tuning, replacing and polishing.

This is a first of its kind in gaming, a merging of two communities from two very different game genres, in real time in the same setting and on the same server. Already players in both games have formed corporations and alliances. Emergent tactics are cropping up all over the galaxy. This would not be possible if it hadn’t been for the amazing support we have had from our friends at Sony, our shared vision for the future of online gaming, and the openness of the free PlayStation Network.

We couldn’t be more excited to be part of this and we hope you join us on this journey.