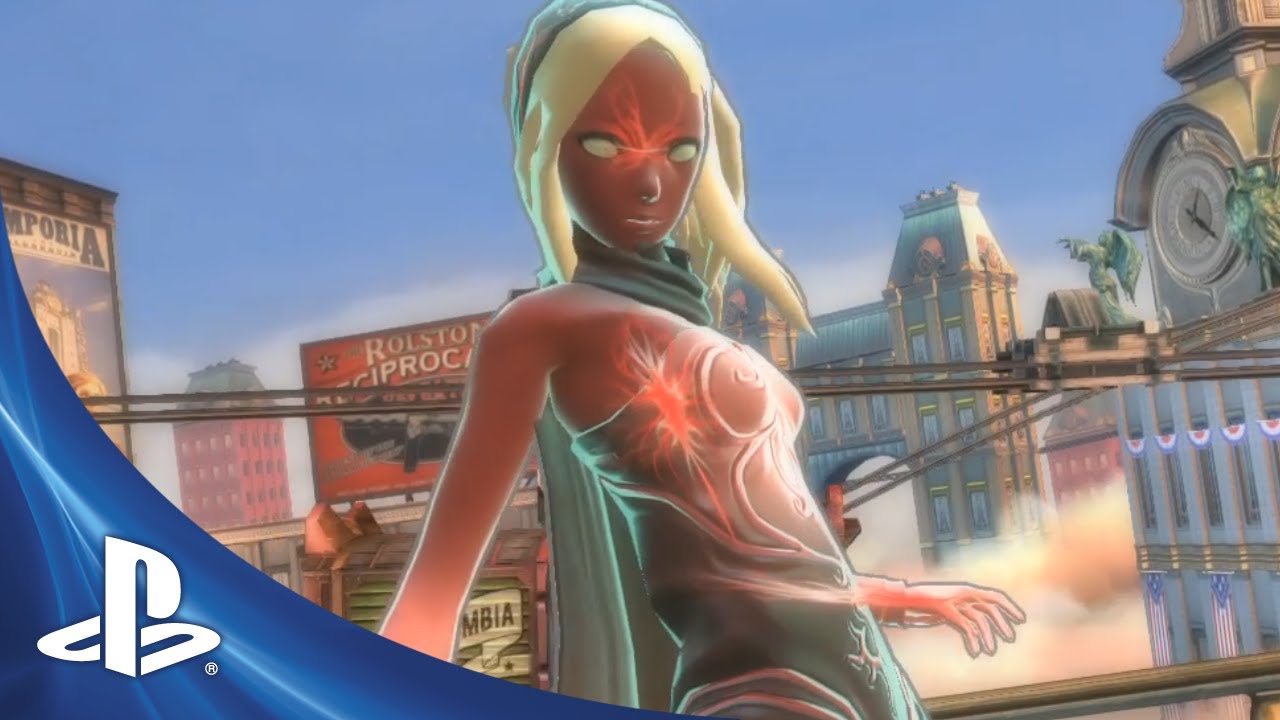 Yo! I’m excited to finally announce that our first wave of PlayStation All-Stars Battle Royale DLC will be available February 12th. Here’s what to expect.

Kat graces PlayStation All-Stars Battle Royale with her presence, as an up-close melee fighter who utilizes her ability to manipulate gravity to turn the tide in battle. Players who enjoyed Gravity Rush on PS Vita know that Kat loves to bend gravity to allow her to dash, slide, and fly from one place to another, and her All-Stars incarnation is no exception. Those who enjoy AP burst combos and varied mobility will definitely gravitate towards Kat.

Emmett Graves from Starhawk joins the fray! He brings his signature “Build & Battle” style from Starhawk, calling down different structures to aid him in battle, including Rift Extractors for AP and Flak Turrets that fire at will. Aside from his default rifle and pistol, Emmett can also call for additional weaponry in the form of shotgun and rocket launcher loadouts, allowing him to adapt to any situation. These loadouts will also change his level 1 super, giving him a total of five supers to choose from!

Rest assured that these DLC characters will be getting the same treatment the rest of our cast was given, including updated official website pages with moves and bios, alternate costumes, Arcade Mode cutscenes, Trial Modes, and more.

Our newest level, Fearless — a mash-up between Heavenly Sword and Wipeout — will also be available to purchase in February. Please note that purchasing Fearless will allow you to select the stage offline and in non-ranked lobbies, while those who choose not to purchase it can still enjoy it in ranked games online.

Kat and Emmett will be available to download February 12th, and will be free for the first two weeks, so mark your calendar and get them as soon as possible! We’re not stopping there though. We still have some more All-Stars on the way, so keep your eyes peeled in March for more info!