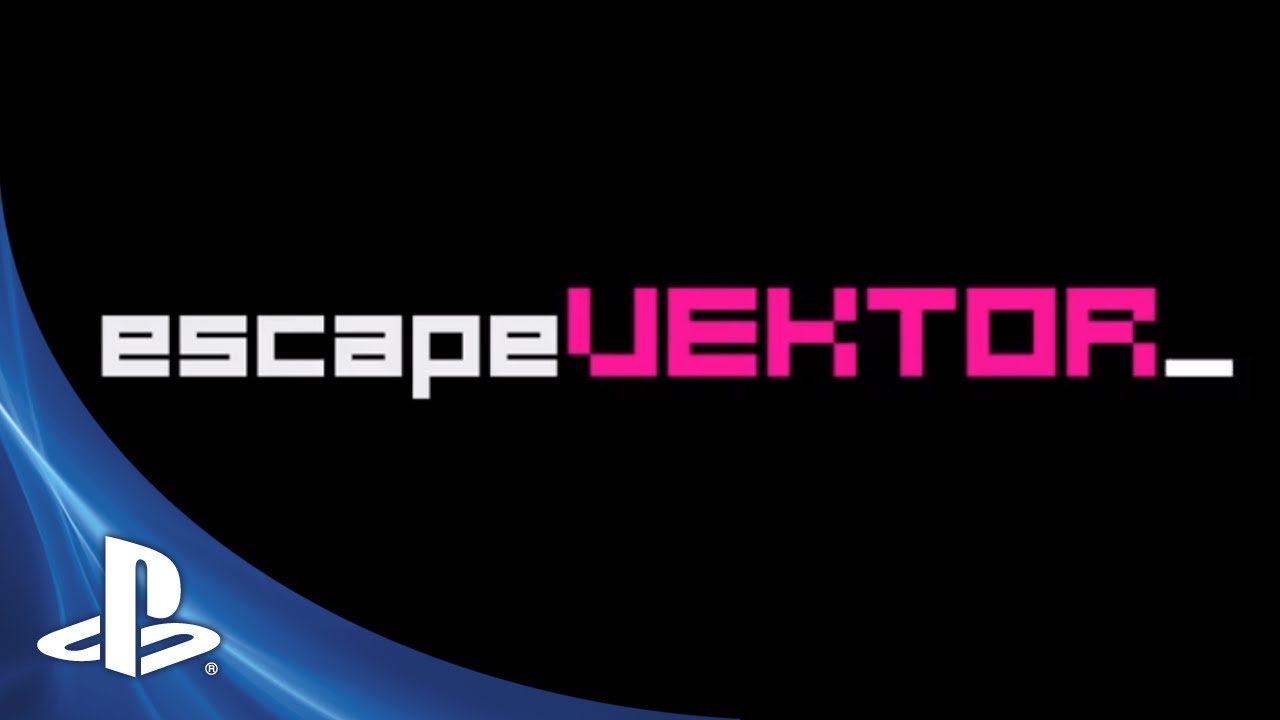 We’re happy to bring you information about escapeVektor, a new game coming to PlayStation Vita from Australian independent developer Nnooo.

Vektor is trapped inside your CPU and needs your help to escape! Each node (level) consists of a series of interconnected lines which form cells. These are claimed as Vektor moves along them. Claiming all of the cells in a node unlocks the exit to the next node, bringing Vektor closer to his escape. Watch out because the CPU sets up obstacles and sends out its army to destroy him.

There are four main abilities to unlock and use in escapeVektor.

This ability allows you to destroy enemies which get too close. If you can escape a node without detonating you’ll earn a star! Getting stars on all the nodes is going to be tricky.

Boost allows you to travel much faster than normal for short periods of time.

This is a much faster version of boost which drains boost energy even quicker!!

Boostenate is Vektor’s most powerful ability which not only invincible for short periods of time you also travel at Super Boost speeds while doing so! Now those pesky enemies are no longer a threat…

There are 150 nodes in escapeVektor spread across 27 zones (worlds). Some nodes have second exits in them which open up different routes through the game. These secret exits and routes will allow you to explore more of Vektor’s world and uncover shortcuts to other nodes in the game.

There are many different enemy types to watch out for: Patrols, Hunters, Interceptors, Locusts and Munchers are all hiding away in nodes trying to hinder Vektor’s escape. For example, Patrols will stick to their patrol route. Learn it and you can easily avoid them. Munchers are super fast and will consume lines you’ve colored, changing them back to normal!

There are also a variety of objects you can interact with. Electric Fences will destroy you
and enemies on contact so try to work out how to turn them off before you pass through
them or try to trick an enemy into passing through one which is turned on! Cannons will ﬁre
bullets out in patterns so dodge them when you can.

Every node in the game has a leaderboard allowing you to compete with other players. You can ﬁlter this by:

Every time you set a personal best on a node you’ll earn a Wildcard. Use a Wildcard before starting a node and if you complete that node you’ll double your score! These doubled scores will also be uploaded to the leaderboards.

Each time you earn a Wildcard the game will also drop a ‘near’ Wildcard gift in your current location allowing people who are nearby to earn more Wildcards in the game.

At Nnooo we like to try to take advantage of the unique features of each platform we work
on. With the PS Vita version of the game, we added the following features to enhance the experience:

escapeVektor launches on PlayStation Vita on January 22nd for $9.99. PlayStation Plus subscribers will get a 20% discount until February 5th.