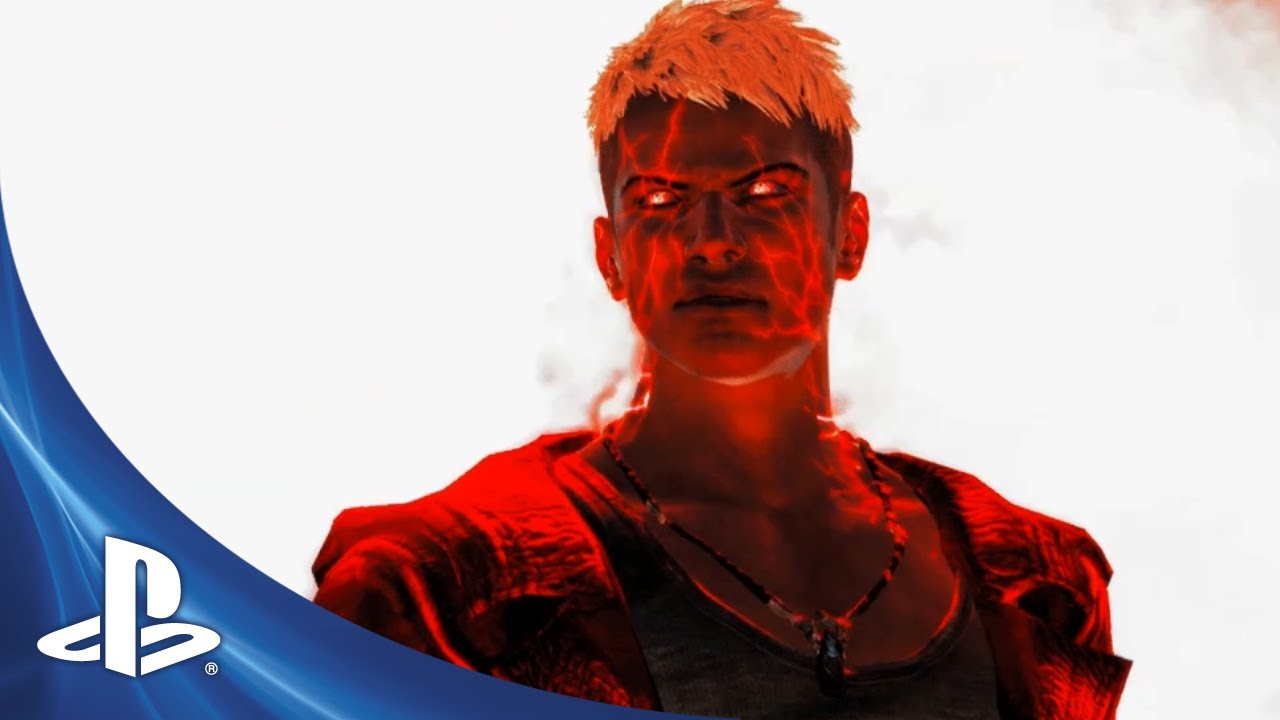 The time to face your demons has arrived! DmC Devil May Cry for PlayStation 3 is in stores now, and downloadable from PSN in a day-and-date digital release. We’re really delighted with the final project and I think Ninja Theory did an amazing job of combining existing elements of previous DmCs, while injecting their own flavor into the franchise. Players can definitely expect to see both radically new elements and returning staple elements from past Devil May Cry games.

New to the gameplay are the Demon and Angel powers, which allow (and demand) Dante to switch fluidly between separate sets of abilities and weapons. The Demon side delivers heavy-hitting but slower attacks, while the Angel side unleashes swift area attacks that are relatively low damage. Dante can now also use grappling chains to propel himself, enemies, and other objects between two points, allowing for a new emphasis on positioning, crowd control, aerial combat, and some flashy traversal.

As far as the gameplay experience, you’ll see a return to the series’ trademark mixture of gunplay and swordplay and an emphasis on improvisation. While the old games may have had a gothic metal aesthetic and the new game may place thumping electronic music in the spotlight, let’s not forget that Devil May Cry has always been the improv jazz of video games, celebrating on-the-fly creativity, improvisation, and adaptation. This is still very much the case, and while the design changes Dante has undergone may be obvious, you’ll still see more-than-subtle shades of the wise-cracking, confident demon slayer we’ve come to know up until now, along with many of his previous signature combat moves. For this version of DmC, we really wanted to put Dante in a grittier, more realistic world. Very early on in the project we asked Ninja Theory to think about what Devil May Cry would be like if it was a contemporary movie, and that is a mindset that has stayed with us throughout development. You may notice more than a few nods to various cult films as you’re playing the game, as well as a more Western cinematic approach to the narrative. While the game carries on Devil May Cry’s penchant for the bombastic, Ninja Theory’s legacy of highly nuanced storytelling continues here. The team harnessed cutting edge performance capture technology, allowing a single actor to simultaneously perform the voice, motion capture, and facial capture for a given character, which in turn has allowed them to convey deeper, more subtle states of emotion with less overt explanation—perhaps more than most games, DmC Devil May Cry sticks to the great storytelling mantra, “show, don’t tell.”

It’s been an incredible time working on this game, and we genuinely can’t wait to hear about people’s experiences with it, not to mention the inevitable flood of excellent combo videos. Keep it stylish, guys!