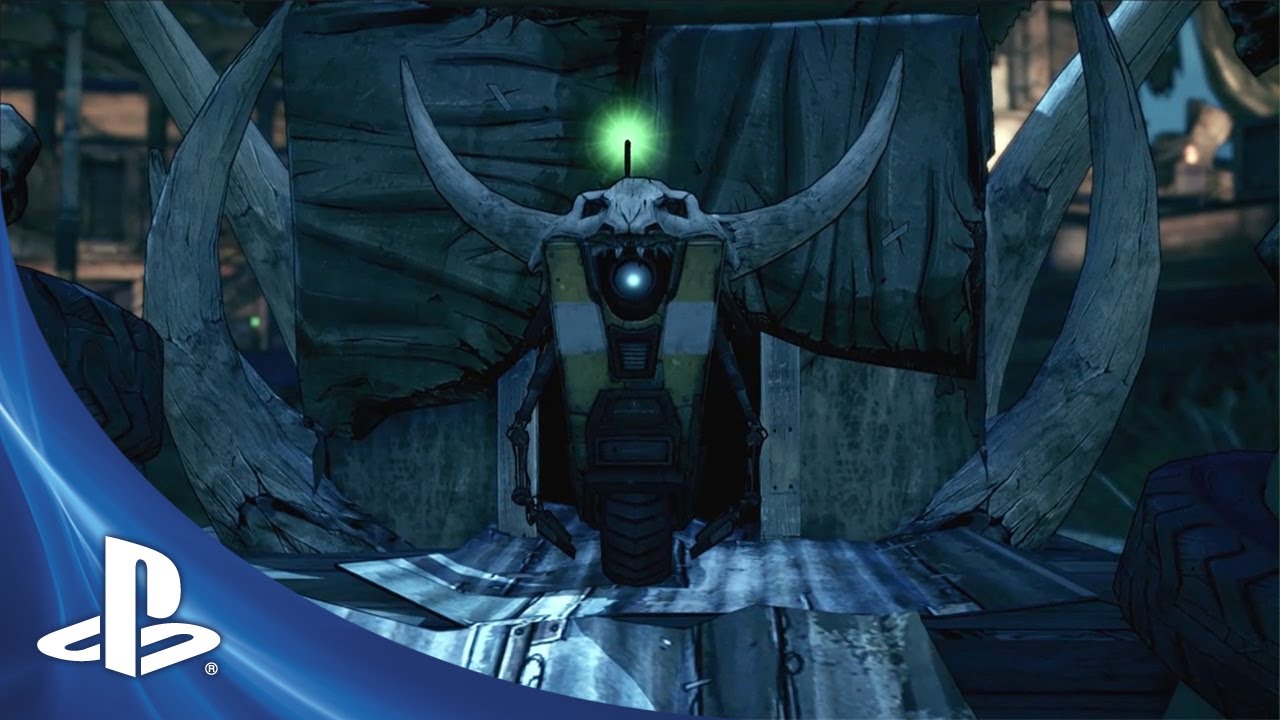 Hey there, Anthony Burch from Gearbox here! Sir Hammerlock had told me that in the past he wrote his PlayStation fans a letter, so naturally when I mentioned I was writing this blog post he jumped at the opportunity to do it for me. Sucker! He’s all book smarts. Sir Hammerlock here, with a cracking proposal for you. Being the oh-so-well-armed badass you are, you’ve already saved the world, found a pirate’s treasure, and spectacularly murdered your way to the top of a badass leaderboard or two.

As you have not yet joined me on my excursion to the brutal continent of Aegrus, I shall pre-emptively answer on your behalf: “No, Sir Hammerlock,” you say. “I have yet to do any of these things. Pray tell – how could a no-nonsense brigand like myself experience such violent hilarity?”

Glad you asked! My Big Game Hunt starts on January 15th, 2013. Journey with me, and you shall see things the likes of which you’ve never seen before: new vehicles, weapons, skins, heads, and environments – the lot! You may also see a man open-mouth kissing a skag*, but, depending on the life decisions you’ve made, that may well be something you’ve already seen several times before.

Anyhow, this is Sir Hammerlock, once again reminding you: the Borderlands are waiting!

*Totally not in the DLC. An Addendum (the nitty-gritty details):