Happy Christmas from the When Vikings Attack! Team 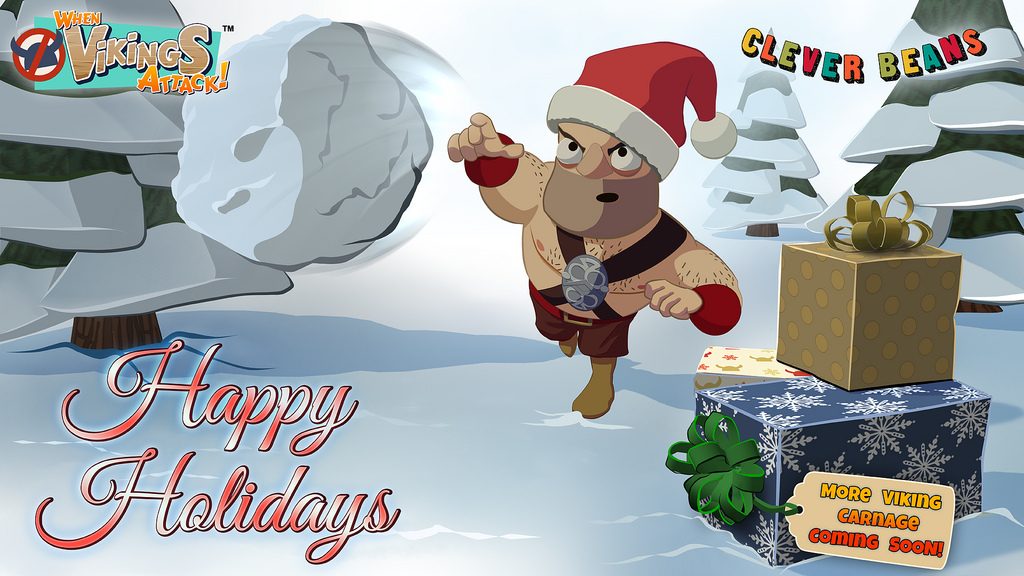 There is a phenomena described by serious mountaineers who, having finally struggled to the crest of a vertiginous peak, experience not the sense of elation and celebration that was perhaps visualised back at base camp, but instead a blank numbness; a complete inability to think anything at all. Bodies and minds are wracked with exhaustion and ravaged by hypoxia, to the point where mental faculties are reduced to those of a small child.

One might well wonder why anyone would choose to put themselves through this at all.

This is the closest I can come to describing the feeling of finishing the development of Clever Beans’ first game, When Vikings Attack!

With bugs to fix across two hardware platforms (one of them brand new), a new technology (cross-play), eight SKUs (European, US, Asian and Japanese versions of each platform), six QA departments, 19 languages featuring five different alphabets, plus extra post-release functionality and features (watch this space!), finishing the project has sometimes felt like a Sisyphean task for our tiny team.

Now that the dust has settled, though, we’re able to reflect on what we’ve achieved with a feeling of pride. We once again have time to get together to play our game and remind ourselves what great fun it really is, whether played alone or with a bunch of friends, new or old. We’ve had some great reviews, and more importantly, a fantastic response from gamers all over the world who have enjoyed the game.

We’ve also had a hell of a lot of fun along the way. Over the past year and a half we have built a great prototype, founded our company, secured a publishing deal, set up an office and built a small close-knit team who like to play together as well as work together. It’s been a rollercoaster ride, and we’ve enjoyed (most of) it immensely.

We’re now looking forward to the adventure we’re going to have creating our next game, in 2013. This really is the most fun part of the whole process – back to the magic of experimentation, prototyping, and creation. We have another huge mountain to climb, and we hope you’ll all come with us so you can see the view on the other side.

From everyone at Clever Beans, we hope you enjoy the festive season and we wish you all a very happy and prosperous (and fun) New Year!