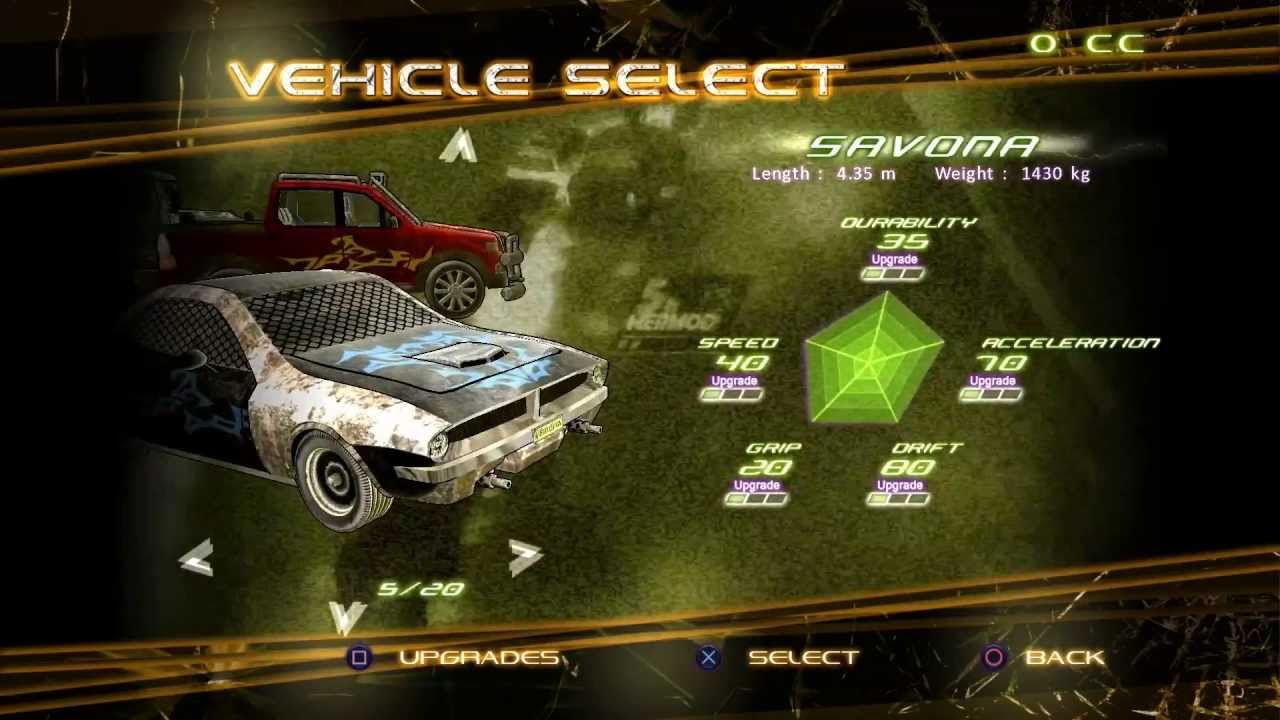 Hi, I’m Skander Djerbi executive producer of the half-Japanese, half-gaijin indie production Fuel Overdose on PSN (demo available now), and today I’m going to explain why and how we brought strategy to our combat racing experience.

When you think of combat racing games of the past 25 years, you realize that they more or less follow the same pattern: you collect an item and then you use it before collecting another one, and so on. These games ask you to focus on speed and targeting but they do not really challenge your mental skills. The only decisions you might have to take from time to time are “Should I use my missile now or later?” or “Should I take that risky shortcut?”

One of the ambitions of Fuel Overdose is to propose a more complex game experience by giving each player the possibility to build his own race strategy and to reward his decision-making skills.

With Fuel Overdose, the choices made before and during the race have a real impact on your chances of success. The game leaves no room for luck and the depth of the game mechanics will constantly challenge your capacity to make the right decisions at the right moments.

The first decisions must be taken before the race: choose your racer after carefully checking his skills, your vehicle and your weaponry to establish a race strategy. Will you try to lead the race from the beginning to the end or stay in ambush and wait for the very last moment before outrunning your opponents? Will you go to battle or bet on your driving skills? Ask yourself these questions, among others, before going further.

But because things don’t always go as planned, you’ll also have to adapt your race strategy and try to turn each duel on the race track to your advantage. Identify your opportunities and weigh the pros and cons of each option before making a move.

Here’s an example: let’s say there is a vehicle ahead of you, right before the finish line. In most combat racing games you have very few options, and you’ll end up shooting him. Now you are in Fuel Overdose. Should you simply shoot him with your machine gun or launch a rocket? Or maybe unleash a super attack? If so, which one? But are you sure that attacking him is the right move? Don’t forget that hitting him will fill his Berserk gauge, and he might turn against you with a super attack. So maybe it’s wiser to grab him with your grappling hook and try to overtake him. But if you do so, you’d be an easy target for his mines. Another example: how do you intend to use your Berserk gauge? Will you play defense and use it to trigger your shield when you’re being attacked, or will you play offense and unleash as many special attacks as possible?

In the beginning of the game you’ll probably ignore all these questions and rely exclusively on your instincts to play Fuel Overdose like any other combat racer. But as the game becomes more and more challenging, you’ll realize that establishing strategies is the key to success (especially online). Whatever your plan is, keep in mind that each decision has consequences , that even the most obvious choices can be questioned , and that sometimes an opponent can be more useful alive than dead.