Vote For Your Favorite PlayStation Games of 2012 Now! 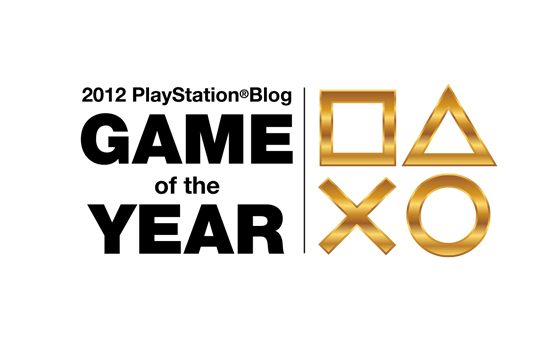 UPDATE: The votes are in! See the winners of the 2012 PlayStation.Blog Game of the Year Awards here.

The critics have named their favorite games of the year — now it’s your turn. We’re pleased to announce the first-ever PlayStation.Blog Game of the Year Awards, a chance for PlayStation fans to select the best of the best in PlayStation gaming for 2012.

Voting is easy: Click on your pick from each of the nominee lists below. Don’t see the game you want to vote for? No problem! Just write in your selection by clicking the bottom option on any of the polls. We’ll reveal your winners next Wednesday, December 19th.

While we’ve put a lot of thought into our very first PlayStation.Blog Game of the Year Awards, this is a first step in a much bigger journey. Next year, we hope to expand them to include more international regions, introduce more specific categories and bestow new awards. Be sure to let us know if you have any bright ideas for next year. We’re all ears!

But enough talk. It’s time to vote! See you on Wednesday.

PS3 Game of the Year

It wasn’t easy to condense the best of this year’s Blu-ray lineup into a manageable list, but we did it — barely. Vote once from the list of 15 finalists below. If you think we missed a game, vote for it using the write-in option at the bottom!

PS3 Game of the Year (PSN only)

This category is dedicated to PS3 titles that have only (or initially) been released on PlayStation Network, excluding full-priced digital Blu-ray games. We counted standalone games, free games, and episodic series such as The Walking Dead.

PS Vita Game of the Year

Vote for your favorite physically released PS Vita game of 2012. Don’t see your favorite on the list? Write in your vote at the bottom of the poll below!

PS Vita Game of the Year (PSN only)

We dedicated this category to digitally released PS Vita titles that weren’t available on store shelves, including free games such as Treasure Park and Frobisher Says.

PS Mobile Game of the Year

The newest member of the PlayStation family is only a few months old, but it’s already attracted a solid launch lineup of bite-sized gems.

Best Use of PlayStation Move

This year saw some intriguing applications of PlayStation’s motion controller, from music creation to new gameplay experiences. We counted any application of PlayStation Move, from full-priced Blu-ray games to PSN downloads to Add-on packs.

What upcoming PS3 game are you most eager to play? Vote from the list of 20 nominees or write in your selection at the bottom of the poll.

Choose your most-anticipated PS Vita game, physical or digital, or write in a pick at the bottom of the poll app.

Now that you’ve voted, tell us what you voted for in the comments and why.