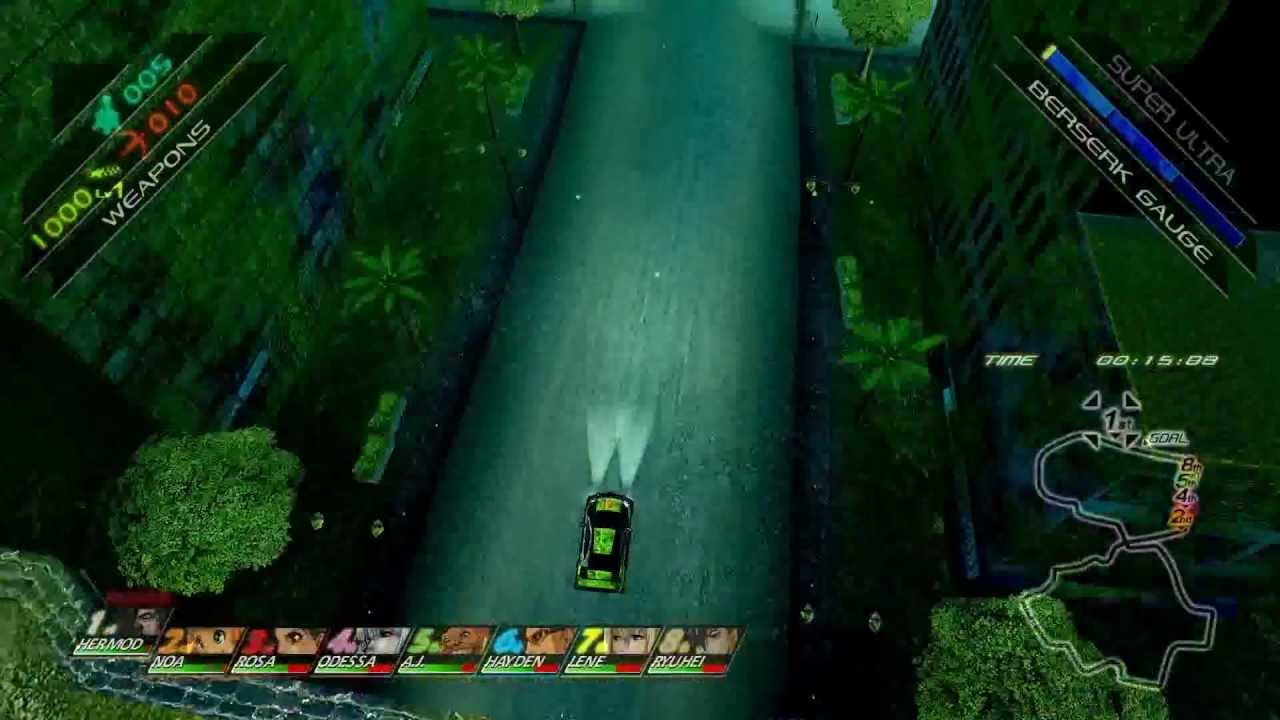 Hi PlayStation Blog, this is Skander Djerbi, executive producer of the half-Japanese, half-gaijin indie production Fuel Overdose for PlayStation 3 on PSN. (Update)The game will launch December 21st in Europe, and will be coming soon to North America.

Our previous post focused on the racing gameplay pillar. Today we will talk about the ‘action’ aspect of the game, introducing all the cool gameplay mechanics that you can use against your opponents to attack, defend and counter-attack. Have a look in the new trailer below.

Let’s start with the upgradable weapons.

We’ve also added detonators. Several bombs are scattered at strategic locations around the circuit, with remote triggers that allow you to take out opponents that would otherwise remain out of reach.

Grappling hook as a weapon
As introduced in our previous post [link here], you can use a grappling hook to grab other vehicles, to get back on track, or to perform perfect turns. What’s new is that the grappling hook can also be used as a weapon. You can electrify (01:13) your opponent by grabbing him and holding the circle button. But be careful, your opponent can send you the electric shock back (01:16).

Defense: shield
You can go on the defensive by activating your shield (01:43)… as long as your Berserk gauge is not empty. The shield consumes the Berserk gauge, which means that you’ll have to constantly make choices and decide whether to allocate your Berserk gauge on defense (shield) or on attack (super and ultra attacks).

Race Danger
The Race Danger is a mass climatic disaster that can be summoned anytime and anywhere on the race track. In order to use this special technique, you’ll have to participate in a silent auction before the race during which you bid for it out of your overall budget. Only the highest bidder will have the right to trigger it and the losers will leave with empty hands and pockets.

That’s all for today. I’ll see you in a forthcoming post during which I’ll discuss the third pillar of Fuel Overdose’s gameplay: tactics. Stay tuned!