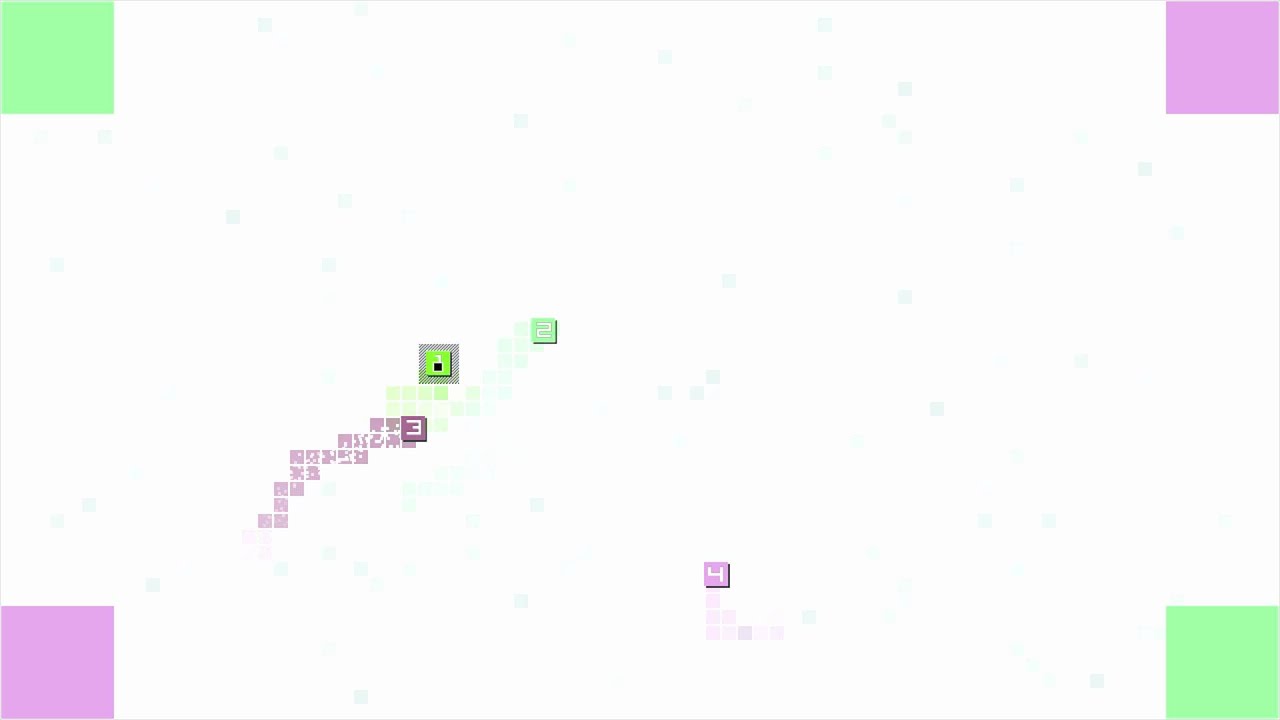 Hello PlayStation Blog readers, I’m Ramiro Corbetta, creator of Hokra, one of the four games that make up Sportsfriends (Kickstart the compilation here!). If you don’t know about Sportsfriends, it’s a compendium of four super fun local multiplayer games that’s coming to PSN in 2013. Over the last couple of weeks, two of the other designers involved in Sportsfriends spoke about their games (you can read about Noah Sasso’s BaraBariBall and about Bennett Foddy’s Super Poler Riders), and today I get to write about my game.

Hokra is a minimalist sports game for two teams of two players. Players score points by holding the balls in the goals of their color on the corners of the screen. This video I did with Kotaku does a great job of explaining the basics of the game:

The rules are quite simple, but the game has a lot of depth to it. Even though I have played it for innumerable hours, I’m still finding new techniques and strategies when I play against expert competition.

When I started working on Hokra, I wasn’t exactly making a game. I had been playing lots of FIFA, and like many other people, my favorite part of the game is making a good pass. So, as a programming exercise, I decided to develop a top-down passing mechanic. At first, all I had was a single player and a ball. From a top-down view, the player could bounce the ball against the walls. It wasn’t until a friend who is also into FIFA came over that I added a second player. And then, having four controllers at home, I decided to add a couple more players and some goals. Suddenly, I had a game.

Around that time, I was invited to make a game for the NYU Game Center’s No Quarter exhibition of games. The early version of Hokra I had been working on was perfect for the exhibition, so I kept working on it, attempting to perfect it for a competitive audience. One of my primary goals for Hokra was to take the joy I get from playing sports games (and sports) and bring it to everybody. I wanted to make a game that is fun both for people who are into sports games and for gamers who tend to look down on sports games. In this process there were a lot mechanical decisions I had to make in order to make the game feel just right, so I’m super thankful for all the friends who have playtested the game with me. I am especially thankful to Nathan Tompkins (of the band Ava Luna) for creating the music and audio design for the game.

As I keep working on Hokra to make it an even better game for Sportsfriends, I plan on adding quite a lot to it – from the many mechanical tweaks that I’m making all the time to bigger changes like new arenas, and even a crazy 8-player mode. In order for Sportsfriends become a reality, though, we need your support. We are running a kickstarter campaign to get the game made, so if you like the idea of getting together with your friends and playing some of the most awesome competitive multiplayer games ever, consider supporting us.