Flex Your Lexicon in Page Chronica, Out Tuesday on PSN 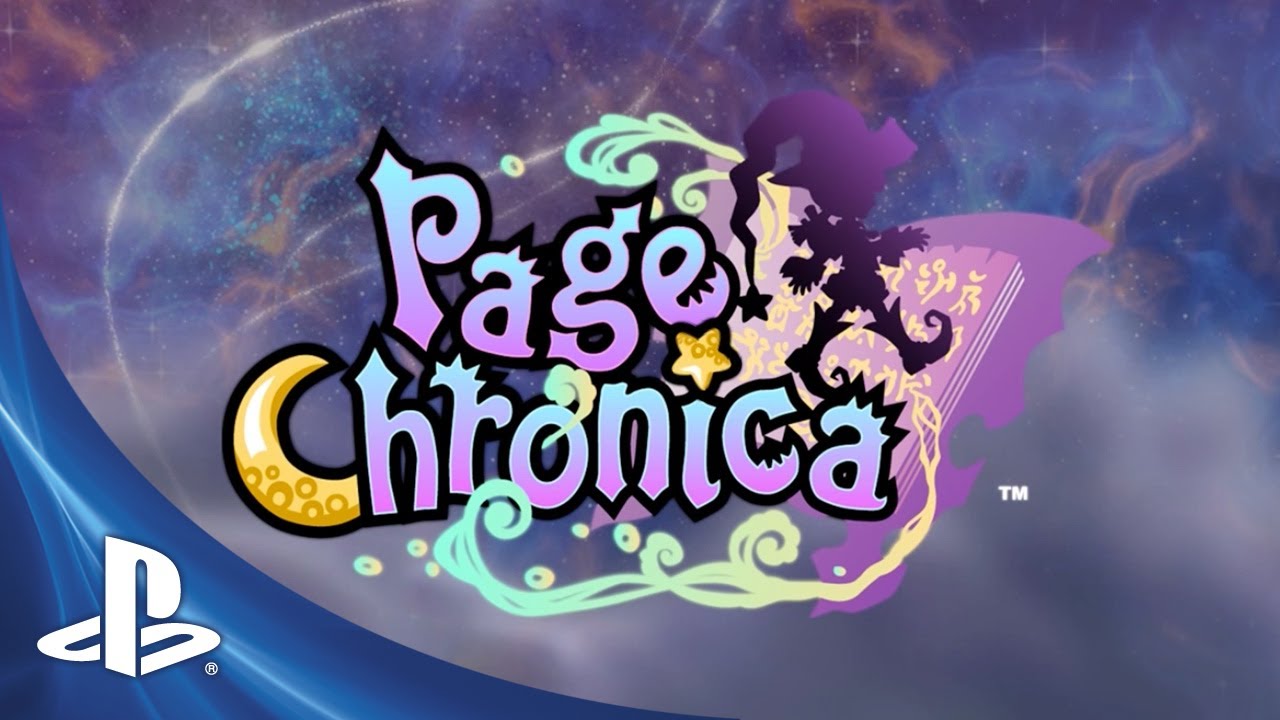 During the making of our game Page Chronica, a common question has been “Is this an edutainment game?” Whenever we hear that word, our bodies cringe and we adamantly deny the claim. In the gaming industry, the term conjures memories of boring school educational games that would alienate the majority of our console gamers. So for a long period of time, we would refuse to admit that our game is such a thing. However, we eventually lightened up to the notion. That is not to say that we have fully accepted the classification, but it is more of a matter of tweaking our perspectives. So to all the edutainment-haters out there, we’re here to convince you to withhold judgment and give Page Chronica a try.

Page Chronica is not your average side-scrolling action-platformer. It is an action-oriented word-puzzle game that combines elements of action-platformers with the forming of words. Capture letters and form words of various lengths and complexity to gain the power to unleash a variety of Spells and Attacks. The stronger the words formed, the more powerful you will be.

Most people ask, “So this game is meant to teach players vocabulary and spelling?” The game does have a spelling and vocabulary element, but that does not mean the aim is to teach people how to spell. This is first and foremost a video game — entertainment and player experience are the most important components.

There is a fundamental underlying factor that differentiates many games from “edutainment”: Purpose and design. Games like Scribblenauts are not explicitly designed for educational purposes; rather they have incidental or secondary educational value. While the word-forming mechanic in Page Chronica is the core design element of the game, its purpose is not to teach people vocabulary or spelling, but to provide players power-ups. This in turn affects numerous other gameplay elements to invoke a sense of entertaining interaction; keeping in mind that half of Page Chronica is still an action-platformer.

So, why would any sane game designer combine such different genres into one game? We constantly ask ourselves that question too. But it all boils down to the idea that we had when the game was first conceived: Your words have power.

We normally do not realize this, but the words we say or write or think have a great impact on our lives and those around us. Words are so simple, yet it is always difficult to conjure the right words at the right moments. Words can inspire or discourage, heal or hurt and give or take. In fact, a myriad of worlds are created and destroyed on words alone. It is this message that we wish to drive into players as they play the game. Page Chronica encourages players to constantly form any word at any time at any point of the game to effectively complete a level. The length of the words formed goes into supplying the player a variety of attacks and support abilities like double jumps and healing, without which the player would be at a great disadvantage. The words themselves are constructed of letters of different strengths that can be captured on screen, so the words also affect how strong a player’s attack can be.

Various puzzles exist in the game that challenge players to form words of specific lengths and strengths, but the general rule is the longer or more complex the words formed, the better the player will be. Combine these with classic platforming elements from games like Sonic the Hedgehog and Mega Man, and you will have a game that alternates between thinking and action button-mashing to create a stimulating and invigorating gameplay experience. In addition, because the words that players form in a level are always different due to the random generation of letters on screen, every level will feel refreshing, even if the player replays a level.

Hopefully, this is enough to convince you to give Page Chronica a try. If you are vocabulary buff but lack fantastic hand-eye coordination, your masterful control of words would still put you at a strategic advantage. If you are a platforming fanatic but lack an extensive vocabulary, your top-notch skills would still compensate the added challenge. If you are good at both then kudos to you, but if you are short on one or the other, rest assured there is an extra mechanic to ease you into the flow of the game.