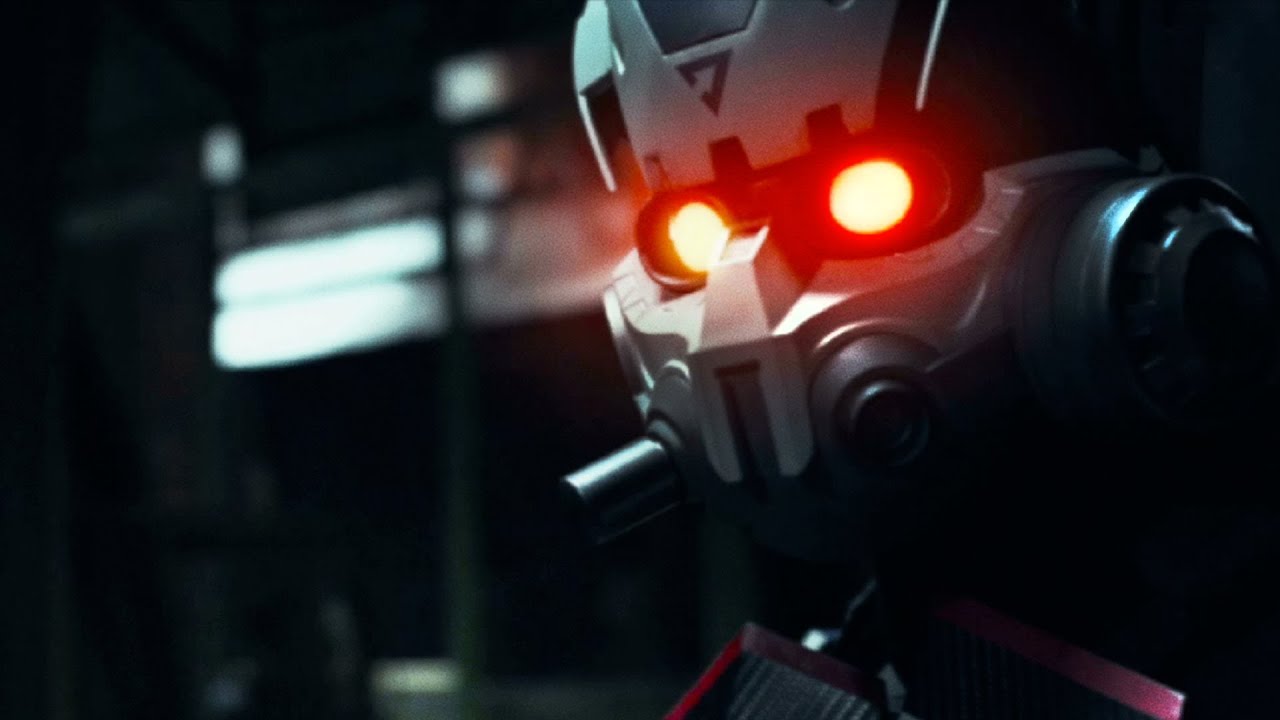 Killzone Intercept is a fan-made live action short set during the ISA evacuation of Helghan in Killzone 3. The 14-minute film follows a small ISA squad as they’re ordered to prevent a large contingent of Helghast troops from intercepting the retreating ISA convoy. Outnumbered, the squad takes on the task with hopes of getting everyone off the planet alive.

Since its release on the Internet last week, Killzone Intercept has been a small sensation among Killzone fans and novices alike. At the time of writing, the fan film has amassed nearly 170,000 views – and it’s not showing signs of slowing down. We got in touch with director (and longtime Killzone fan) Brian Curtin to find out how Killzone Intercept came together.

PlayStation.Blog: Tell us a little bit about yourself. How did you get started making fan films?
Brian Curtin, Director of Killzone Intercept: I consider myself an Art Director/Graphic Designer by day and Independent Filmmaker by night. I’ve always been interested in the arts. Early on in high school it was illustration and animation. Moving on to college I studied Graphic Design, but I was always making stupid little videos with friends in the dorm rooms and around school. I graduated with a Graphic Design focus, but I kept making videos on the side. They’re a great creative outlet. Plus, they kept getting better due to my growing experience and improvements in technology. The first video we uploaded to YouTube was Concrete Hustle, a humorous lightsaber duel. We technically tried to make it serious, but I think that’s what makes it funny. It took a year before it really started becoming popular. That gave us motivation to tackle bigger projects that inspired us, like the Half-Life based Beyond Black Mesa and after that, Killzone Intercept.

PSB: When did you decide you wanted to create a Killzone fan film?
BC: I’m a sucker for futuristic first-person shooters that take place in distressed environments where you battle glowing-eyed enemies. So it’s not a surprise that I would want to attempt a Killzone film. I played Killzone years ago and much like the original Half-Life, it’s one of those games you get lost in. When Killzone 2 and 3 came out, they blew my mind with their fun gameplay and, most of all, their beautiful graphics. The character and environment designs are incredible. Instantly, I started to want to see it in real life. That was the biggest motivation and the biggest challenge at the same time. How do you bring to life characters and a world that is so far out there with limited resources? Nevertheless, we knew we had to try.

PSB: What excited you the most about doing a project based on the Killzone universe?

“It’s crazy to see a squad of glowing eyes running at you.”

BC: I love the Helghast. They’re menacing, mean, and at the same time awesome-looking. It was really exciting to be able to see them and the ISA battling on set. Even though the muzzle flashes and special effects were missing during the shots, it’s still crazy to see a squad of glowing eyes running at you from behind a wall of smoke. Never gets old!

PSB: Did you communicate your plans to Guerrilla? How was the reaction?
BC: Luckily we were able to get in contact with the developers at Guerrilla. They were super supportive for the ideas we had. It’s not often you get a response from the creators of a game who care about your crazy project. They were gracious enough to let us use the Killzone soundtracks, sound effects, and a few 3D elements. Those make up a small part of a film, but they’re very crucial for accuracy. Plus, it was fun to get feedback from them during the process. I’m sure they cringed at some points, but ultimately they enjoyed seeing a fan’s interpretation.

PSB: How many people were involved with the project? Was it the same crew that worked on Beyond Black Mesa?
BC: I believe we had a crew of 15 – 20, that’s counting a few others on the post-production side. Not very big for what we were attempting, but a lot bigger than I’m used to. It was nice to have everything covered, not to mention covered by very talented people. They probably handled the workload of 50-75 people and I’m not talking about myself, they are just that good! On our past film Beyond Black Mesa, it was literally four of us at a time – if you weren’t in the shot, you were probably lighting three smoke grenades and then grabbing the camera to shoot. The core Infectious Designer crew who worked on BBM and Concrete Hustle were all a part of this film. Ultimately, they are the guys behind the camera or behind the masks that have helped make all our films possible.

PSB: How long did the project take to complete? How much of that was pre-production, and how much was post-production?
BC: Answering this question always makes me depressed, because the ratio is so bad. Two years for 14 minutes. I have to remind myself that I do all of this between my full time job and my fiancée is patient enough to stay with a workaholic. The first year was mostly pre-production – writing the script, finding locations, figuring out how we were going to make Helghast and ISA costumes and props. The second year was eight very long days of shooting and the rest was editing and post-production. Phew, I’m tired just thinking about it.

PSB: Assuming you didn’t really visit Helghan to film Killzone Intercept, can you tell us about the location where it was filmed?
BC: Surprisingly, Birmingham Alabama has a good look when you’re trying to reproduce Helghan. Since steel production was huge back in the day here, it has left us some really great post-apocalyptic factories. We shot half of the film at two factories and the rest in an active rock quarry. When you add a few futuristic elements, they both look like they’re on a foreign planet.

PSB: The story unfolds very much like an actual Killzone mission, but the flashback at the beginning is unique to Killzone Intercept. Was that a deliberate decision?
BC: The flashback at the beginning with the mother and son was an element I personally wanted to include. I knew early on that some people would really appreciate it and others would find it unnecessary, but ultimately I felt the film needed it. There were a few things I wanted it to do. First of all, I wanted to infuse the concept we often overlook, that war is horrible and no one really wins. I find that soldiers fight for one reason, to keep the ones they love safe, regardless of the many actual reasons or underlying motives of the war they’re in. Second, I wanted it to give our William character a little more depth and show you what he’s fighting for. Third, I really wanted to show a glimpse of Vekta, and show the viewer William’s home town.

It was challenging to dive into serious matters so early on, but I wanted to set a theme that would leave the viewer with some type of take away message at the end. I love non-stop action, but it would have been a really shallow video if it just opened up with four guys riding into a factory shooting, blowing stuff up and then “the end.”

PSB: Which elements from the Killzone universe did you insist on having in the film? Were there any you had to leave out due to time or budgetary constraints?
BC: There are a lot of things I insisted on having in the film. The ISA had to have their glowing blue tech lights. They ended up not being as bright as we wanted in camera, so it was painful, but we amplified them in post. We had to have a Capture Trooper, visually he’s my favorite character. We were lucky enough to find Anthony Kitchens, who was talented and gracious enough to tackle it. He really brought the trooper to life. I did want to have a medic Helghast and a Hazmat Helghast, but those were extremely hard to produce, so they didn’t make it. Lastly, I wanted to shoot a few long shots using a Helicam – it’s basically a miniature helicopter with a RED Epic hanging underneath and it can pretty much fly anywhere – but we just didn’t have the resources. Maybe next time.

“Of all our films, it’s had the most positive feedback.”

PSB: What was the biggest challenge in creating Killzone Intercept?
BC: I know why there aren’t very many live action Killzone films! Everything about it is challenging to create. The characters and environments are so unique; it’s hard to bring them into the real world.

PSB: How do you feel about the response from the fans so far?
BC: I’m very pleased with the response, it seems the majority really appreciates it. I think I can say out of all our films, it’s had the most positive feedback. I’ve learned that putting anything out on the web is going to be loved and hated, but it still baffles me, there are always a few people who put a lot of time to inform me that it’s garbage and watching it was a complete waste of their time….yeah, it’s that guy. I apologize for interrupting troll time. :)